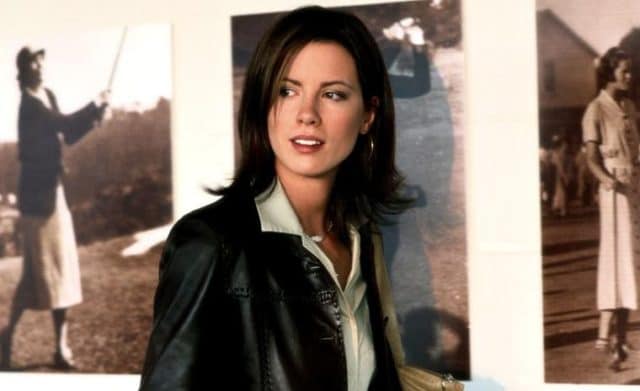 I’ve decided to start a segment on this site that I’m quite sure my wife will love.  It’s called “movie or TV characters I’d marry in a heartbeat.”  We’ll be exploring the type of movie character whom I think I could probably spend the rest of my life based on whatever factors make it possible.  In some cases it might be looks.  In other cases it might be personality.  Hell it might even be a particular super power.  You just never know.  And just to make things fair, I’ll add some dudes from time to time as well.

The first character I’d like to present is Sara Thomas from the movie Serendipity.   Played by Kate Beckinsale she’s the perfect blend of cute, smart, sexy, and “durable.”  When I say durable I mean I doubt you’d ever get tired of talking to this character for the mere fact that she’s got an amazing accent and a face you could stare at for eternity.  Her only drawback is that she was engaged to a weird singer named Lars.  Something’s a little iffy there.

But other than that, what’s not to love?  She’s a therapist so she’s a caring person who hold people in the utmost respect.  She follows her gut hence traveling to New York to find her long lost love.  She’s a risk taker when she needs to be.  And like I said, it’s Kate Beckinsale.  I think the looks factor could easily last around 5 years before the other traits would have to matter.  I’ll be back next week or even tomorrow with another pick.