Home
Movies
Mystery
Movie Review: You Should Have Left 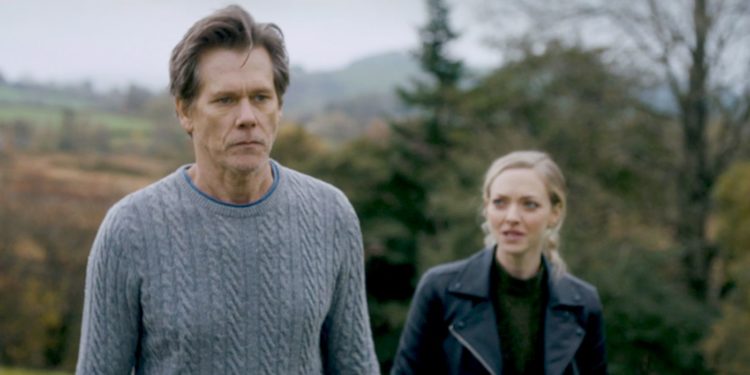 Cerebral thrillers tend to be taken very differently than visceral horror movies that rely heavily on practical effects and buckets of gore that are intended to freak people out. This particular movie is one of those that might take a lot of patience to watch, which could be why it wasn’t given that great of a rating by critics. But then again, critics tend to bash movies that fans tend to like, while fans tend to bash movies that critics tend to enjoy. But with this movie, one can’t help but think that the story is creepy enough that it should warrant a bit of attention when it comes to the overall tale that’s being spun. It does feel as though a little more explanation might have been great when it came to the house and why Kevin Bacon’s character acted the way he did, but the way things were left and how the story played out was great enough to tell a story that was enticing and which left the audience with the impression that something important had happened.

It’s not too hard to figure out what’s happening in the movie since when Theodore and Susanna are introduced it’s very easy to take note of their age difference and how this is meant to be taken into consideration for the movie. There’s also an obvious issue between them that has more to do with Theodore’s state of mind than Susanna’s given that he has more worry to worry about when it comes to thinking that she’s being unfaithful. This actually becomes an important aspect throughout the story since it does help shape the overall narrative, as Theodor is a bit disturbed as the audience begins to see. But things don’t really get going until the family reaches the house in the Welsh countryside and makes their way into the house.

The way this movie is set up it feels like a mistake from the moment they step into the front entrance of the home since there’s something extremely foreboding about this place as the very appearance makes it feel like a prison, or an asylum. As the family settles in, They each start having strange experiences, as Ella, their daughter, is in bed making hand shadows on the wall at one point, only to see a man’s shadow fall over her own suddenly. Despite being unsettled by this, the appearance of her father calms her down as he tucks her into bed. Strange things keep happening as Theodore and Susanna both start having bad dreams, while Theodore spends an inordinate amount of time turning off lights one night, coming to bed well after three in the morning without realizing it. The dreams only get worse as Theodore dreams of finding a series of hidden tunnels and rooms beneath the house. Worse yet, he discovers Ella, drowned in a tub, and even sees his first wife, who he was accused of murdering. While he was acquitted of the act, Theodore still carries around a great deal of personal guilt that he can’t appear to get rid of.

During their time spent in the house, the family begins to unravel slowly as each one of them comes to the determination that they don’t like it there. Theodore’s doubts about Susanna’s loyalty continue to deepen as he checks her phone and her laptop for any suspicious messages while she’s in the bath. It’s when he finds out that she has another phone that he makes the connection, however, and her infidelity is exposed. Theodore confronts Susanna about this and then suggests that she should stay somewhere else for the night. When she leaves, he and Ella decide that it’s time to leave after they get lost following a scare in the house that comes after they decide to check out the oddity of how the inside of a room appears to be bigger than the outside. When they take off on foot however they notice the shadow of a man in the front window, and while they keep going, the strangeness of this is only compounded when after hearing disturbing sounds in the darkness while walking, they end up right back at the house.

Despite not wanting to be there any longer, Theodore and Ella have no choice but to try and make it work for the night, as calling Susanna is no good as it’s discovered that she’s turned off her phone. Stuck in the house overnight though, Theodore experiences a vision in which he finds the hidden tunnels beneath the house again, but this time confronts the mysterious individual that rented the house, and comes to realize that the strange presence in the house was actually himself, watching as he and his family arrived and then existed within the house. In the end, Theodore gives Ella to Susanna and tells her to leave, and that he’ll be staying. The twist is that this house has become Theodore’s purgatory, as his need to punish himself is greater than his desire to live with the outside world any longer.