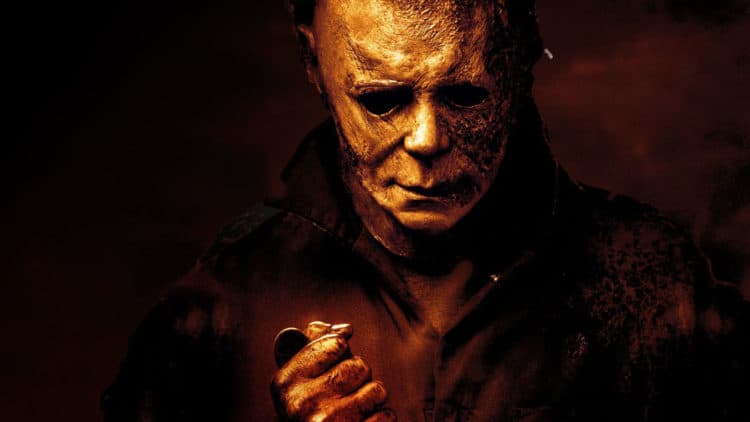 A person almost has to be a diehard Halloween fan to really get into the franchise any longer. Michael Myers is by far one of the most popular slashers to ever step into the horror genre, and while some might have thought that his time has come and gone, the emergence of one movie after another makes it clear that the fans and the filmmakers aren’t done with this story yet. But it does beg the question if they’ll ever be through with it since the legend of this character appears to be stronger than the stories at this point. Michael Myers is the epitome of evil in his universe, and as a slasher that can’t die, he’s virtually unstoppable. Halloween Kills makes this more than evident since throughout the movie it’s seen that while he is still one of the creepiest characters ever to be thought up, he’s also far bigger than his own story at this point, whether it’s a curse keeping him alive or the idea that he represents the evil that resides in people. In fact, Michael Myers is Halloween at this point.

This movie kind of makes that point loud and clear as it transitions between the past and the present, when Laurie Strode and her daughter and granddaughter set fire to her house, with Michael trapped inside. When firefighters inadvertently free Michael in the course of doing their job, Myers slaughters every last one of them with their own tools as he then disappears into the neighborhood. In the meantime, the survivors of Michael’s attacks so many years ago celebrate at a local pub as they detail the events that happened that night before settling in to enjoy each other’s company. When two bar patrons try to leave, however, one of them discovers a person in the back seat of her car and freaks out, thinking that it’s Michael.

Tommy Doyle, one of the survivors from years ago, whips the bar patrons into a frenzy as he promises that ‘evil dies tonight’, stoking the fear and overall anger of the people as they vow to make Michael Myers pay. This is when people are likely to start laughing if they haven’t already. That might sound morbid as hell, but the fact is that in slasher movies there are patterns to the kills, the reactions, and the overall narrative of the story that tend to go as planned more often than not and don’t deviate that much since people become confused when they do. With Michael Myers, most people know by now that when he’s locked on a target it’s bound to happen that he’s going to be the last one standing, largely because he can’t die and even when he’s briefly incapacitated, he’ll get back up and keep moving forward. While Laurie is incapacitated for this movie, it’s tough moving about with a knife wound to the stomach, the rest of the cast ends up chasing after Michael, only to corner a mental patient in the hospital, forcing the guy to jump to his death as it’s surmised that they have the wrong person. Even as the hunt is started again, it becomes clear that Michael might just be getting warmed up.

The fact that Michael is targeting the survivors of the original movie, again, isn’t lost on anyone since it’s made painfully obvious. But just when a person thinks that people might start getting smart and doing something like running or perhaps burning the guy to ashes before running, they revert to true form and start doing the dumbest thing possible: they fight. Some would say that this is a noble thing to do since standing up against evil is what needs to be done on basic principles. But the thing about this movie is that standing up to evil, aka Michael Myers is a foolish thing unless one is willing to go further than they could imagine and then stand vigil over the remains for as long as it takes to feel safe. The problem is that with Michael, it doesn’t appear that there’s any such thing. He’s the type of slasher that proves that evil doesn’t die, it simply waits patiently for the opportunity to make a comeback.

Halloween Kills wasn’t a terrible movie to be certain but it was brutal and definitely the type of movie that makes it clear that evil is something that’s bound to keep coming back, and that people are their own worst enemy when it comes to dealing with it. One thing that’s kind of interesting to note about Michael Myers is that as violent as he is and as driven, he’s also insanely patient even while he’s killing people. Each kill is undeniably hard to watch thanks to the gory details, but his methodical and stoic nature is such that the frantic energy of those seeking to take him down burns out too quickly, falling right into Michael’s patient hands once again.