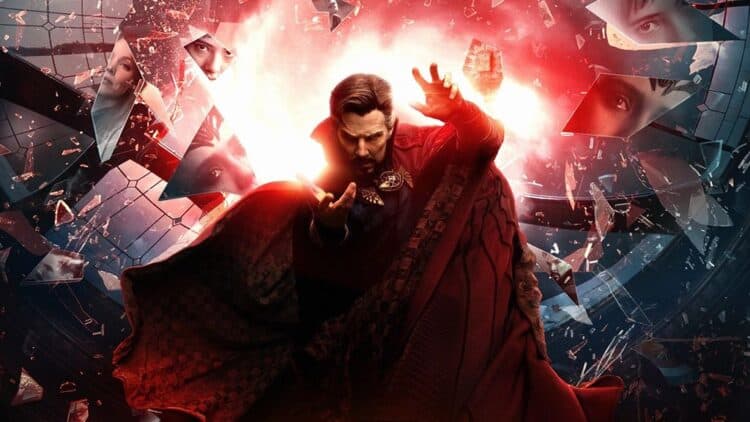 In the Marvel universe, there are many instances when a given situation would be the deciding factor in a battle. Environmental factors could come into play, or a character could have received an upgrade that would allow them to punch far above their weight class. In some instances, this does work, while in others the mismatch is a little too obvious. If Morbius, whose movie just released recently, and Doctor Strange, whose next movie is set to release eventually, were to meet in the MCU, it feels likely that fans might be disappointed at what might happen, largely because Morbius is quite popular at the moment, even though his movie felt a little, well, incomplete. Pitting these two against each other would not necessarily be a stomp for either combatant, but the tale of the tape, so to speak, would be interesting to take a look at since it’s fair to think that Morbius would have a serious advantage in terms of raw physical power. But there’s plenty to point out that a lot of people might not be thinking about initially.

Let’s just put it this way, Morbius is stronger, he’s far more durable, and he has abilities that Strange can’t match at his most basic levels. In terms of fighting hand to hand, Strange might have more technical skill, but this would only handle Morbius at his most basic level, meaning that when he’s weakened, Strange might be able to take him. But since we’re not dealing with weakened fighters in this situation, let’s assume that Morbius is at full power, and Strange is rested and well aware of Morbius and knows what he can do. That would be one of the equalizers to be fair, since it’s mentioned in Thor: Ragnarok during the meeting between Thor and Strange that Stephen keeps a watchlist of certain figures. While Morbius technically doesn’t belong to the MCU, his emergence could eventually reach Stephen’s notice, and it wouldn’t take much, or long, for the sorcerer supreme to figure the character out.

In some ways, it feels as though Morbius wouldn’t even be more than a blip on Stephen’s list, but would still be important enough to give some attention to. As it’s been mentioned more than once already, a hand-to-hand battle would favor Morbius since his increased strength, stamina, and durability would come into play quickly. But when it comes to speed, intelligence, and tactical skill, Doctor Strange would hold the advantage, and that would be a big reason why stealth would be the most important skill in this case. Assuming that both characters knew enough about each other to realize their capabilities, Morbius would need to find a way to sneak up on Strange to do any lasting damage. Of course, given that Morbius can control bats in the movie, that might be a useful ability. But the sling ring, the mirror dimension, and the vast array of spells and effects that Strange could bring into play would be a serious threat to Morbius that he couldn’t contend with for one simple reason: he’s not in Doctor Strange’s class.

This isn’t to say that Morbius would stand no chance at all, but he would be at a severe disadvantage unless the element of surprise was something he could seize upon in this fight. Doctor Strange simply has too many spells that are usually at the ready and can be unleashed quicker than Morbius could close if Strange saw him coming. That’s why stealth would be his best weapon, apart from everything else that he can bring to a fight. The fact is that Morbius is a living vampire, which means that none of the usual methods of combatting a vampire would work unless one counts massive amounts of damage or starvation. But those are still glaring weaknesses that Strange could make good use of since denying Morbius sustenance would be a thing of ease for someone that can open portals to different areas and even other dimensions. Strange has taken on enemies that would stomp Morbius quite easily. Even thinking of Morbius trying to take on Dormammu or Loki feels like it would be a very bad idea.

There are plenty of individuals that Morbius would be able to take on and win against in the Marvel universe, but anyone that can fight him from a distance and react quicker than he can close the distance would be a bad idea to tangle with, and Doctor Strange fits that example. Magic-users do usually have an edge, especially if they have experience and know how to combat a wide variety of enemies. The fact that Doctor Strange has battled enemies in his own dimension as well as others, it’s fair to assume that he wouldn’t take Morbius that lightly, and would find a way to counter the living vampire without fail.