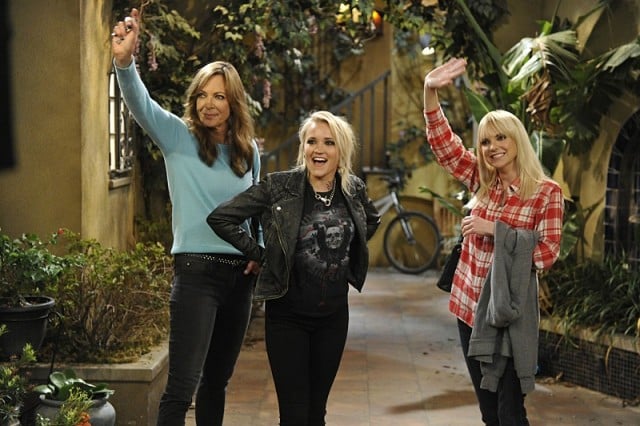 Bonnie and Christy’s first attempt to sponsor someone else (during Mom‘s second season) didn’t go so smoothly for the Plunkett women; Jill’s sobriety ultimately became a journey she took on her own off-screen, as Season 2 swiftly moved away from Bonnie and Christy’s healthy new lifestyle into surprising dark turns for both characters. While Bonnie’s cloud has lifted a bit to start the third season – she’s even got her license back! – the challenges remain constant and nigh-insurmountable for Christy in “Thigh Gap and a Rack of Lamb,” which not only introduces a new slew of conflicts for her to face, but also a second opportunity to help someone recover.

Jodi’s introduction in “Thigh Gap” seems like a fairly muted one at first: early on, “Thigh Gap” is more about Christy facing the latest setbacks in her life. Baxter and Candace are intruding on her time with Roscoe, while Claudia is forcing her to take a demotion back to waitstaff. Everywhere Christy turns, the forces of the world are overwhelming her, pushing her around to do their bidding, and it’s only with the encouragement of others to stand up and fight for herself that she ends up bringing these things to light. She asks for a raise, and promptly gets demoted – and then when she goes to pick up her son for the weekend, she finds herself placed in a no-win situation, since they’ve already promised him a weekend on their new boat.

As she often does, Christy finds herself at the mercy of the universe’s irony: her half-baked ex now has a boat, her son doesn’t want to hang out in her boring house (or her daughter, for that matter), and her boss compliments her good job right before giving her a demotion – which, while it will give her a more flexible schedule to continue taking classes, also comes at the cost of her newfound dignity being part of management. Loosely speaking, “Thigh Gap” is Christy’s Sisyphus moment, when she realizes the boulder she’s pushing uphill is only going to crash back to the ground eventually, regardless of how well she stations it at the top – yet in Jodi, she finds purpose and potential satisfaction, where she fails to find the same elsewhere in her life.

Jodi’s presence is an understated element throughout this episode, and for good reason: it’s essential for Mom to set up the seemingly massive conflicts existing in Christy’s life, only to flip the script entirely when Jodi walks into the women’s only meeting sporting a massive, horrifying black eye, the result of a drug-dealing boyfriend “sad” to see his lady take her life in a different direction. The moment Christy sees that is the moment her petty problems fall to the wayside: her mom may not want to give her spoken credit for helping her recover, and she might’ve just taken a demotion at work, but nothing can display how far she’s come in her own life (let’s not forget her own history with abusive men, like Violet’s father) then seeing someone in roughly the same position she was two long decades ago.

It’s a look into the past for both Christy and Bonnie, and it sets up a potential arc for the season to follow, although, as we’ve see with Jill and other, non-addict storylines before, Mom has a tendency of pushing past stories for new ones, constantly clawing its way deeper and deeper into the neuroses of its main characters by constantly presenting them with new obstacles to overcome. “Thigh Gap” is no different, using the very sobering image of a beaten Jodi as a marker for a new direction on Mom, one that takes the now-familiar journey of trying to get sober through a new filter, a smart little twist to keep the story fresh.

In many ways, “Thigh Gap and a Rack of Lamb” is a typical episode of Mom – but that doesn’t mean it’s a static half hour. A “normal” half hour of Mom observes Christy trying to avoid all the crap as it makes its way through the fan into her life, which consistently include new stories, tones, and directions for the show. On most comedies, a ‘typical’ episode suggests it stood in place and marked time for 20 minutes; on Mom, that its main characters were given complex conflicts with no easy solutions – in other words, it’s another fine example of why Mom is rightly considered network television’s bravest comedy. 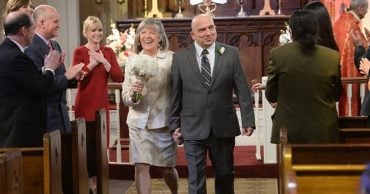 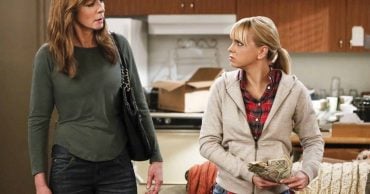 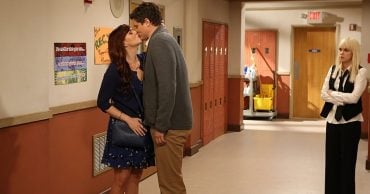 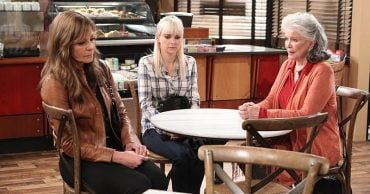 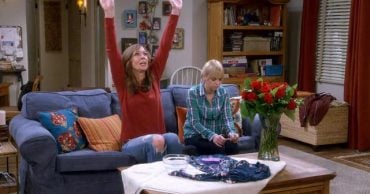 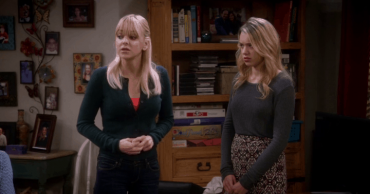