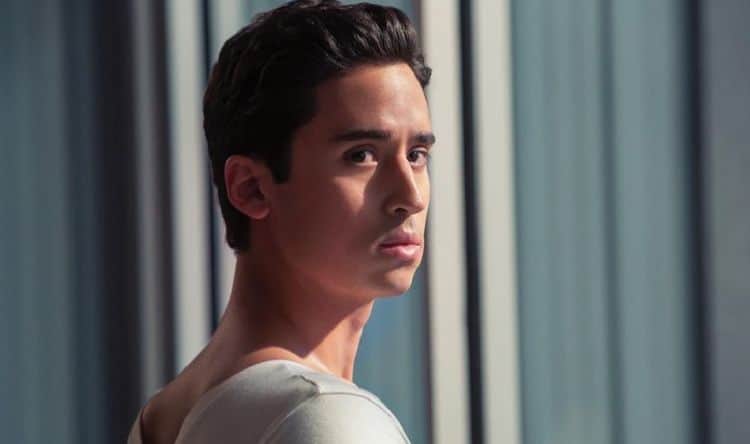 Michael Hsu Rosen is a name and face you might want to get used to seeing. The talented actor has created quite a buzz for himself and people are excited to see what he does next. He got a big break when he was cast as Nabil in the Netflix series Tiny Pretty Things. The opportunity has put him in front of countless viewers and his performance didn’t disappoint. Although he doesn’t have a long list of credits, it’s clear that he has the potential to really make an impact on the industry. He is currently working on a film called Listen although there is no set release date. Keep reading for 10 things you didn’t know about Michael Hsu Rosen.

Michael was born and raised in New York City which is one of the best places in the world for starting a career in entertainment. During an interview with Broadway Box he said, “I wouldn’t trade being a New Yorker for anything. I think when you grow up in a place as crowded and diverse as Manhattan, you’re forced to experience the complexity of the world from a very young age.”

2. He’s An All Around Entertainer

Michael’s acting skills have been put at the forefront lately, but acting isn’t the only thing he’s good at. He is truly an all around performer who loves to sing and dance. He is classically trained in ballet which was a big contributing factor to his casting in Tiny Pretty Things.

He may not have the longest list of on screen credits, but his theater work is proof that he has what it takes to become a true legend. He has been a part of several stage shows including the 2009 Broadway production of West Side Story in which he played Chino.

Michael is a proud member of the LGBTQ+ community. He came out as gay when he was 15-years-old. Michael told Logo “I came out at 15 and never pretended to be straight in a professional context. But when I did an interview for Rosie O’Donnell’s radio show while doing West Side Story, the producer asked beforehand if we could talk about being gay on Broadway, and I said I didn’t feel comfortable with that. Then I got emotional telling Rosie how moved I was as a teenager watching her on Will & Grace, when she tells Jack, “I’m gay.” It was pretty clear I was saying, “Me, too.” After that I decided that of course I can talk about being gay. Why wouldn’t I?”

5. He Had His First Professional Audition At 17

Even though Michael is still young, he definitely isn’t new to the professional world. In fact, he had his first professional audition when he was just 17-years-old for the part in West Side Story. Not only was that his first major audition, but it was his first time singing in public.

6. He Has A Large Social Media Following

Having a large social media following might not seem like a big deal, but these days it can translate to real opportunities. Although Michael doesn’t post extremely often, he’s still managed to build a good size following. At the moment, he has nearly 34,000 followers on Instagram.

Michael has always been someone who enjoys learning as much as he can, and one of his favorite ways to do that is by reading. During high school, he became especially interested in gay literature and the stories he read helped him find acceptance and understanding within hisself.

A strong support system can be the difference between a person finding success or failing. Michael has been very lucky to be surrounded by people who have encouraged him to find his dreams. He is even luckier to have his parents among the list of people who believes in him.

Michael didn’t make his first TV appearance until 2014, but technically his first on screen appearance came in 2004 when he was in the short film, The Empty Building. Since then, he has earned just over a dozen acting credits and the list is only going to continue to grow.

As a member of the LGBTQ+ community, Michael knows what it’s like to be judged and treated differently. As a result, he has become very passionate about social justice causes. He has a link to eji.org in his Instagram bio which is an organization that “is committed to ending mass incarceration and excessive punishment in the United States, to challenging racial and economic injustice, and to protecting basic human rights for the most vulnerable people in American society.”