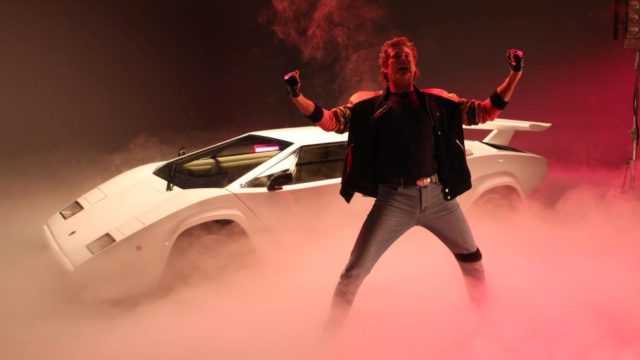 Kung Fury is the creation of David Sandberg. For those who are unfamiliar with the name, Sandberg used to specialize in making commercials. However, he made a choice to stop making commercials in 2012 so that he could change focus to making an action comedy movie set in the 1980s, which perhaps unsurprisingly, was supposed to be inspired by the action movies that were made in that particular period of time. Initially, Sandberg spent $5,000 to make some footage featuring him and his friends, which became the trailer for a project that he posted to Kickstarter, where he asked for $200,000 to make a 30-minute movie that would be released for free through the Internet. In the end, Sandberg didn’t manage to get the $1,000,000 that he needed to make an actual full-length feature movie, but he did manage to raise more than $600,000, which was more than enough for him to make what became known as Kung Fury.

Plot-wise, Kung Fury is exactly what people can expect based on its name as well as its premise, which came as welcome news to those who supported the Kickstarter based on that information. In short, Sandberg played the titular character, who was a Miami cop who had become imbued with kung fu powers by being bitten by a cobra as well as being struck by lightning. As a result, Kung Fury had to take on a time-traveling Adolph Hitler AKA Kung Fuhrer with some help from a collection of strange allies such as his half-triceratops partner Triceracop as well as the Norse god Thor. In the end, Kung Fury managed to prevail over Kung Fuhrer, but the movie set up a sequel by featuring Kung Fuhrer vowing revenge on his nemesis. As a result, it should come as no surprise to learn that there is now a follow-up to Kung Fury that will start filming at some point in the summer.

At this point in time, not much information has been released about the follow-up to Kung Fury. However, there are still some rather interesting pieces of news, which should keep interested individuals satisfied until more information comes out.

For example, it has been confirmed that David Hasselhoff will be making a return to the follow-up, which makes sense seeing as how his theme song for the movie “True Survivor” has managed to secure more than 33 million views on YouTube so far. However, the more exciting piece of news is that Michael Fassbender will be part of the cast for the follow-up, which is a sign of how far Kung Fury has managed to come. The first movie managed to be seen by millions and millions of people in spite of the fact that its initial trailer was made on a $5,000 budget, so it will be fascinating to see what the second movie can do with the support brought to it by the success of its predecessor.

Curiously, it has been reported that Sandberg will be working with KatzSmith Productions, which is noteworthy because said company was responsible for It. As a result, it is not unreasonable to speculate about the follow-up to Kung Fury being a full-length feature movie, though interested individuals should not see this as being confirmed until it has actually been confirmed.