Home
Television
Meet The Cast Of “The Devil’s Hour” 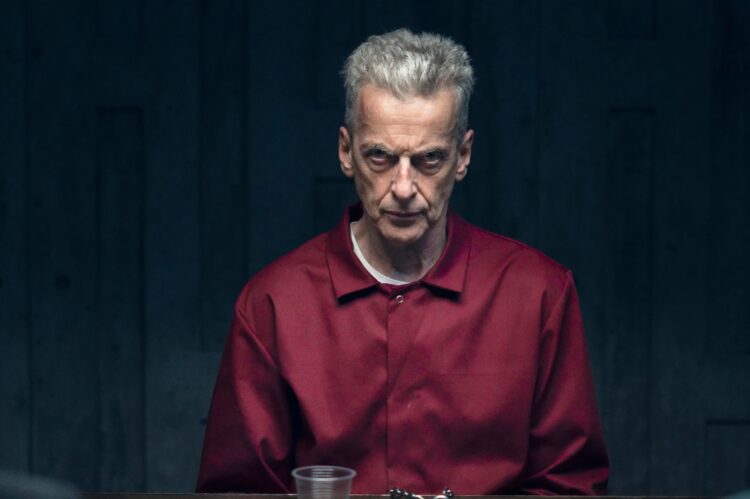 A new drama thriller TV series is set to premiere on Amazon Prime Video this year. The show is titled The Devil’s Hour, and it’s a British drama created by Tom Moran, who previously worked on Wild Bill and The Feed. The show will be executive-produced by Doctor Who and Sherlock producer Steven Moffat. Described by Deadline as “creepy,” this is how they explain the plot of the show: “From the mind of rising British writer Tom Moran, The Devil’s Hour is a UK original that tells the story of a woman who wakes up every night at exactly 3.33AM, in the middle of the so-called devil’s hour between 3AM and 4AM. Lucy Chambers’ eight-year-old son is withdrawn and emotionless. Her mother speaks to empty chairs. Her house is haunted by the echoes of a life that isn’t her own. Now, when her name is inexplicably connected to a string of brutal murders in the area, the answers that have evaded her all these years will finally come into focus.” The Devil’s Hour has brought together an impressive list of cast members to breathe life into this edge-of-your-seat storyline. If you want to learn more about the actors appearing in this show, read ahead. Here are the cast members of the upcoming Amazon Prime Video British drama thriller TV series The Devil’s Hour.

Jessica Raine will be portraying Lucy Chambers in the upcoming TV series The Devil’s Hour. Jessica Raine is a British actress best known for her roles in the television series Call the Midwife and An Adventure in Space and Time. She began her career on the stage, appearing in various productions while working as a waitress. She made her screen debut in an episode of Garrow’s Law and went on to appear in a number of other television shows. In 2012, she was cast as Jenny Lee in Call the Midwife, a period drama set in the 1950s. The show was a huge success, and Raine won critical acclaim for her performance. In 2013, she played Verity Lambert in An Adventure in Space and Time, a television film about the making of the Doctor Who series. Raine has also appeared in the films Benjamin and Carmilla.

Peter Capaldi will be appearing in The Devil’s Hour as Gideon. Capaldi is a Scottish actor who is best known for his roles in Doctor Who and The Thick of It. Capaldi was born in Glasgow in 1958 and began his acting career in the early 1980s. He appeared in several films and television shows during this time, including Local Hero and Rag Gag. In 2013, Capaldi was cast as the twelfth incarnation of the Doctor in Doctor Who. He played this role for three seasons, until 2017. Previously, Capaldi also played Malcolm Tucker in The Thick of It, a comedy series about British politics. In recent years, Capaldi has also appeared in the films Paddington and Paddington 2. Capaldi is a versatile actor who has demonstrated his ability to tackle a variety of roles throughout his career.

Nikesh Patel will be playing Ravi Dhillon in the upcoming series The Devil’s Hour. Nikesh Patel is a British actor of Indian descent. He is best known for his roles as Aafrin Dalal in the TV series Indian Summers and Tom Kapoor in the sitcom Starstruck. Patel was born in London, England. His parents are from India. He attended university and graduated with a degree in English literature. He has appeared in several films and television shows, including Honour, Doctor Who, and Man Like Mobeen. His role in Starstruck continues to be his most prominent. Commenting on a person of color being cast in the role of a heartthrob, this is what Patel had to say to GQ: “Rose and I had early chats about the presentation and I found that the script really spoke for itself, the only thing discussed was tweaking Tom’s name. But I was really excited when I got the script for season two with the inclusion of the family, because it’s just nice to see a brown family on a show like this. I’ve read enough scripts to know that there are tried and tested and quite tired storylines. In a show like this, it’s really fun to just be like, they’re a kind of scary, dysfunctional family. That’s kind of it, and we’re just going to enjoy that.”

Meera Syal will be playing a character in the upcoming British drama The Devil’s Hour. Syal is a renowned British actor, writer, and comedian. She is best known for her work on the popular sketch comedy series Goodness Gracious Me, where she became one of the UK’s best-known Asian personalities. Syal has also appeared in numerous films and television shows, including Dragon Rider, Kate & Koji, and The Wheel of Time. In addition to her acting career, Syal is also an accomplished author. Her novels include Life Isn’t All Ha Ha Hee Hee and Anita and Me. Syal was born in Wolverhampton, England to Indian parents. She attended the University of Manchester, where she studied drama and English literature. After graduation, she began her career as a stand-up comedian before landing the role on Goodness Gracious Me.

Alex Ferns will be portraying a character in the British thriller series The Devil’s Hour. Ferns is a Scottish actor and television personality, best known for his EastEnders role as Trevor Morgan. Born in 1968, Ferns began his career appearing in small roles on television. He first came to prominence in the early 1990s with his role as Trevor Morgan on the BBC soap opera EastEnders. On the show, Ferns played a tough-talking Cockney geezer who was involved in various nefarious activities. After leaving EastEnders in 1998, Ferns appeared in a number of other television shows and movies, including Holby City, The Bill, and Chicken Run.

Meet The Cast Of “The Devil’s Hour”

Harley Quinn is Being Killed Off?