Home
Television
Meet the Cast of Showtime’s “Work in Progress” 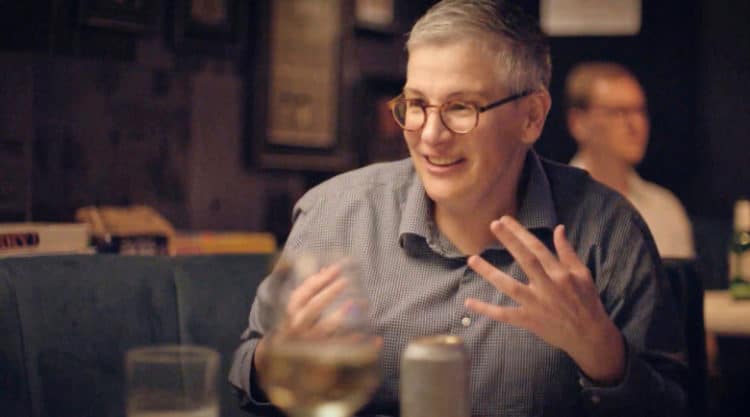 Showtime is bringing us a new treat, a funny, beautifully nuanced comedy that puts the talents of show creator and star Abby McEnany on dazzling display. McEnany plays a fictionalized version of herself, a (in her own words) “fat, struggling, queer dyke” whose life is turned upside down by a transformative relationship with a transgender man named Chris. Uniquely (and sometimes bleakly) funny, and never anything but entirely human, Work in Progress has all the makings of our new favorite show. Find out who joins McEnany on set with our run down to the cast.

Work in Progress marks Abby McEnany’s first TV series, as well as her first time on a professional set. Up until now, she’s been a mainstay of Chicago’s improv and sketch comedy scene, ever since she first moved to the city over 30 years ago. In 2016, she began performing a new, autobiographical show at the iO Theatre; after her friend and director Tim Mason watched the piece, he suggested they team up to turn the comedy routine into a TV show. McEnany jumped at the opportunity, explaining to the Guardian “That’s what I’d always wanted to do. I’m better at working with people. I’ve always wanted to do it because I think there are not a lot of people like me in film or on TV. To have this amazing opportunity at 51 years old is just beautiful. I can’t believe it.”

Celeste Pechous is, according to her official bio, an actor, coach, teacher, and director whose first TV gig was appearing as a pole dancer for Workaholics. As well as being a big name in improv, she’s featured on numerous TV shows, including HBO’s Sharp Objects, NBC’s The Kenan Show, Brooklyn Nine-Nine, USA’s Pearsons, Amazon’s Upload, Showtime’s Masters of Sex, Netflix’s One Day at a Time, Epix’s Get Shorty, and TV Land’s Hot in Cleveland.

Actress, comedian, and author Julia Sweeney first came to our attention as a regular cast member on Saturday Night Live from 1990 to 1994. Since then, she’s made a name for herself with her improv performances, monologues, and appearances on TV shows such as 3rd Rock from the Sun, Hope & Gloria, Mad About You, and According to Jim. She’s also penned several books, including “It’s Pat!: My Life Exposed” (1992), “God Said, “Ha!” (1997), and “If It’s Not One Thing, It’s Your Mother” (2013).

Theo Germaine is a relative newcomer to TV, having landed his first major role earlier this year in Netflix’s The Politician. Work in Progress represents his second big project, and it’s one he’s clearly excited by. “The show is super stripped down; it’s very raw, it’s very honest, and it’s very funny. The character that I play, Chris, is a 22-year-old waiter who works at a restaurant. He is the love interest of Abby, which is also really exciting because I get to be the romantic lead,” the actor told Them. “I never thought I’d be able to do that on TV.”

Child actor Kenny Rasmussen will play Matty in what will be the first-ever TV appearance for the young star.

Work in Progress will be the first professional TV appearance of Harry D. Jacobs High School student, Lauren Viteri. The 15-year-old sophomore student has been taking acting lessons since she was in third grade, and is clearly excited at having landed the gig. She got the call to tell her that her audition had been successful while she and her family were in the car, as she recalled to Shaw Media. “We were all freaking out, wondering what’s going on. He said you got the role,” she said. “There were a lot of tears, a lot of screaming.” Despite being initially nervous about being on her first professional set, Lauren adjusted well to the new environment and quickly bonded with the rest of the cast, particularly Kenny Rasmussen, who plays her brother. “We play Roblox together,” she’s said. “He’s one of my favorite people.”

Chicago based actress Echaka Agba has appeared in several TV shows (including Actress (2016), Chicago Med (2018-2019), and The Red Line (2019)), but is primarily known for her stage work. A small selection of her credits include Between Riverside and Crazy (Steppenwolf Theatre Company); At the Table (Broken Nose Theatre): SHORT SHAKES! Romeo & Juliet (Chicago Shakespeare Theater); United Flight 232, A comedical Tragedy for Mister Punch (The House Theatre of Chicago); Don’t Go Gentle (Haven Theatre); and Balm in Gilead (Griffin Theatre). She can next be seen in the third season of The Chi (which, coincidently enough, will also feature her Work in Progress castmate, Armand Fields).

Prior to landing Work in Progress, actor Gerard Neugent had made just one other screen appearance, featuring in the drama Madison back in 2008. Since then, he’s been busy honing his craft on stage, appearing in the likes of The History of Invulnerability at the Quadracci Powerhouse Theater, A Christmas Carol at the Pabst Theater, Gutenberg! The Musical! at Stackner Cabaret, Seussical at The Marcus Center for the Performing Arts, and The Foreigner at Quadracci Powerhouse Theater.