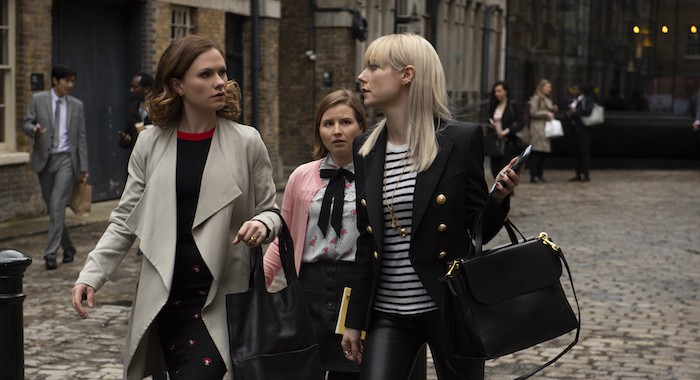 Showtime’s “Flack” lifts the lid on the seemingly glamorous world of celebrity PR, revealing the dirty tricks and underhand dealings that keep the rich and famous in good headlines. The show focuses on Robyn (played by award-winning actress, Anna Paquin), an American PR executive whose talent for making her client’s lives run smoothly hides a complete inability to do the same for her own. Find out who joins Paquin on the must-see show with our guide to the cast.

Anna Paquin leads the cast as Robyn, an American PR executive living and working in London. Despite specializing in clearing up the messes her famous clients make, Robyn’s own life is spiraling out of control. “She makes you ask questions about your own moral compass in a way that’s uncomfortable. Those questions are jabbing at you: What would you do? The obviously good thing, the obviously bad thing or something in-between? Most people try not to get themselves into trouble. So if you put them against a wall, they do what it takes to get out of it,” Paquin says to BT about her character.

Paquin came to fame as the child star of The Piano, a performance that earned her international recognition and a slew of awards (including an Academy Award for Best Supporting Actress). As a teenager, she enjoyed success in films such as A Walk on the Moon, Amistad, Hurlyburly, She’s All That and Almost Famous, while her graduation to adult roles came with the part of mutant superhero Rogue in the Marvel Comics movie X-Men. In 2008, she made the transition to TV with the role of waitress Sookie Stackhouse in the HBO series True Blood. As well as proving a professional highlight, True Blood also turned out to be a success for Paquin’s personal life: during the show’s pilot, she began dating co-star Stephen Moyer. After several years together, the couple married at a private ceremony in Malibu, California in 2010.

Sophie Okonedo stars as Caroline, Head of PR firm Mills Paulson. Since beginning her film career in the British drama Young Soul Rebels in 1991, Okonedo has established herself as one of British cinema’s most reliable stars, appearing in a crop of hits that include the likes of Hotel Rwanda (2004), Scenes of a Sexual Nature (2006), The Secret Life of Bees (2008), and Skin (2008). Alongside her award-winning film career, she’s also appeared in a number of popular TV series, including The Slap (2011), The Hollow Crown: The Wars of the Roses (2016), and Chimerica (2019). She can next be seen in the Kenneth Branagh directed Death on the Nile, which is currently scheduled for release in October 2020. Okonedo has clearly relished the chance to play the highly critical Caroline, telling Collider, ‘It was just really fun. I think great television is always when you have characters where you don’t necessarily agree with what they’re doing, but you’re fascinated and you love it, at the same time”.

Robyn’s sister, Ruth, is played by Genevieve Angelson. The 32-year-old actress made her TV debut in the American drama series, Army Wives, in 2010. Since then, she’s enjoyed success as Caitlin Hobart on House of Lies, Det. Nicole Gravely on Backstrom, and Patti Robinson on Good Girls Revolt.

Starring as Eve, Robyn’s foul-mouthed best friend and colleague at Mills Paulson, is English actress Lydia Wilson. Wilson honed her craft at the Royal Academy of Dramatic Art, the UK’s most well-respected training ground for would-be actors. Since graduating, she’s made her mark across both stage and screen, with some of her most notable credits including Blasted (2010), Tis Pity She’s a Whore (2011), King Charles III (2014), Ripper Street (2014), Star Trek Beyond (2016), and Requiem (2018).

Arinze Kene takes on the role of Sam, Robyn’s long-suffering boyfriend. The Lagos born actor began his career in stage productions such as The Lion King, Daddy Cool, and l Been So Long. After making his screen debut in 2010 as Leon in Freestyle, he landed the breakthrough role of Connor Stanley in EastEnders. Since leaving the soap opera in 2011, he’s appeared in a string of hits, including Hollyoaks (2011), Our Girl (2014), Fantastic Beasts and Where to Find Them (2016), Crazyhead (2016), and How to Build a Girl (2019)

Taking on the role of Ruth’s husband Mark is English actor and writer Rufus Jones. After starting his career as one fifth of the comedy group Dutch Elm Conservatoire (a gig that earned him a Perrier award nomination), Jones graduated to serious acting with parts such as Doctor Foggerty in the award-winning dark comedy Hunderby, David Wilkes in the equally acclaimed W1A, and Miles Mollison in the BBC TV miniseries The Casual Vacancy. In recent years, Jones has developed a reputation as an in-demand voice-over artist, appearing in the likes of Mongrels, Thomas & Friends, Sadie Sparks, 101 Dalmatian Street, and the Little Princess. 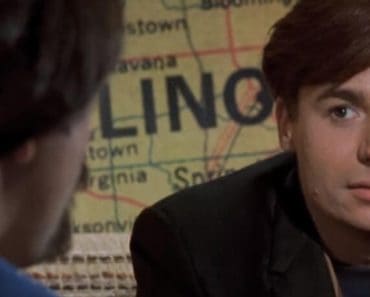 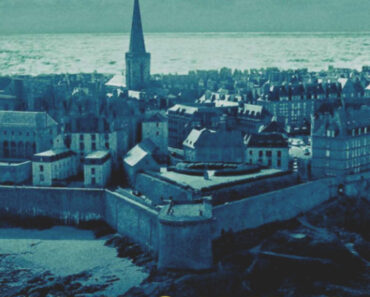 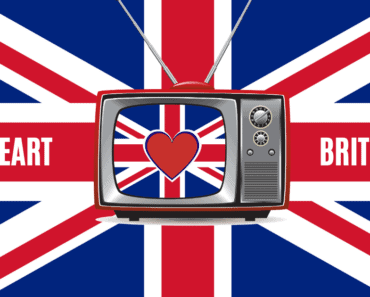