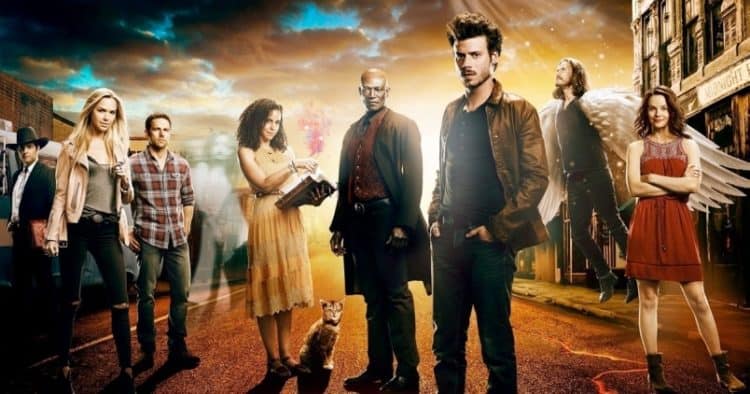 It’s the right time for Midnight, Texas to be coming back for a second season considering it’s this close to Halloween and people have obviously been loving the show. The cast of characters are those that would be perfect for any number of roles, but are still well-suited to the parts they play. After all it’s not often that you get a town filled to the brim with creatures such as angels, vampires, witches, assassins, and even a newcomer psychic that brings all sorts of problems with him. A lot of times this kind of show would either be extremely cheesy or be a kids show that played around the darker aspects of the legends. But this show is something that seems to be right on point with a lot of the legends that it portrays and yet it still has its own distinct voice, which is probably why it’s still around.

One very interesting thing to note about Yul is that he got his name from the infatuation that is mother had with the actor Yul Brenner. It is a decidedly uncommon name for a young Cuban boy to have and you can imagine that he heard about it more than once. But thankfully that’s never stopped him when it came to his acting prowess since he’s been in a number of shows and movies to this date and has been a welcome addition to each one.

Peter is the guy that just looks tough and is therefore selected to play some of the toughest and most insanely hardcore roles you can imagine. Of course he was also the messenger that got kicked into the pit in 300 despite being kind of an intimidating individual. For many parts he’s just that guy that you don’t want to mess with because he looks as though he could fold you up like a paper towel and toss you away just as easily.

This show is actually the most recent project of Lewis’ and is proving to be something of an interesting role for him since anything involving angels and dark times tends to get a decent nod from a lot of fans. He’s built up quite the career thus far and while this might not get him the kind of attention that he really wants it’s still something that could help his career to broaden just a bit as he continues forward.

Sarah is the type of person who, when she was young, would actually pray to get an agent so that her acting career to take off. Obviously there’s something to be said for the power of prayer since she’s here and doing just fine with the roles she’s taken on thus far. So far she’s built a moderate list of accomplishments and seems to be progressing quite nicely as the years go by.

Chances are you’ve probably seen Arielle in one place or another since her looks are kind of timeless in a way that doesn’t allow her appearance to change much. She’s been in an episode of Law & Order: SVU and she’s been in the movie The Uninvited as well as Fifty Shades Freed, so she’s earned her stripes so to speak. In any capacity she’s a pretty face to add to the cast, but the greater part is that she can act as well.

When you look at what Francois has done so far you might think that it’s not too much compared to others. He did start in 2007 however and by that measure he’s done quite a bit in 11 years. Starring in the show as the central figure is something that he seems well-equipped for as he’s a very good actor and can possibly even improve just a little bit as time goes on. Come season 2 people will surely get to see just how much he’s managed to refine his acting abilities.

The show does have a lot of potential to keep getting better but there’s also that fine line that needs to be observed in order to keep it fresh but also keep it within reach of certain boundaries that are wise not to cross without thinking about it. Supernatural films and shows do have a certain balance that needs to be struck in order to keep it interesting but not crowd it so much that people feel overwhelmed. So far the show has been doing a good job of this and hopefully the next season will go off without a hitch as they continue to draw the audience further and further into Midnight, perhaps to discover secrets so dark that it will chill the very bones within each viewer while stoking their adrenaline ever higher. They couldn’t have picked a better time to bring the show back to be honest.