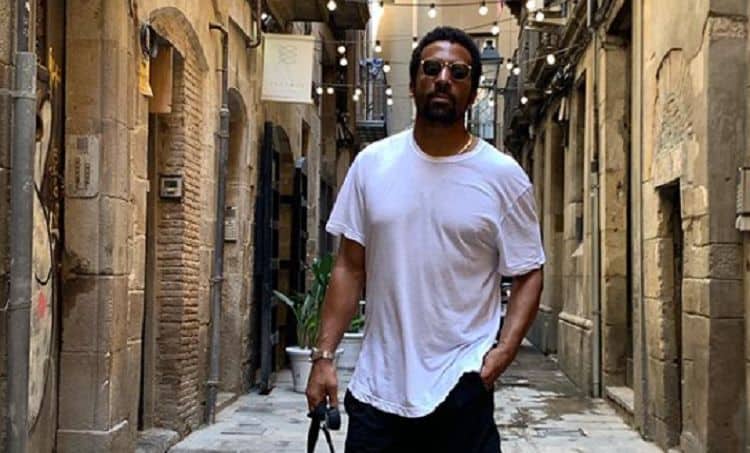 If you didn’t know Matt Babel, you might want to. He’s the new boyfriend of Shay Mitchell, and that means his name is about to end up everywhere. He’s already making headlines for dating his lovely girlfriend, and that has her fans wanting to know more about the television host and what he’s up to in his life. So, if you’ve not heard of him – or you have and you simply do not know much about him as a whole – we thought we might talk to you about him.

He’s a lot more famous in his home country than he is here since he was born there and raised there. He also works there more than anywhere else, and he’s a household name in Canada. He was born in Toronto, which is in Ontario. His date of birth is October 13, 1980, which makes him 40 this year. He doesn’t look it, though.

This is a man who did his duty in school. He was smart enough to go to college ta the Wilfrid Laurier University. He graduated with double honors. He majored in both communications and sociology – both of his honors – and he also minored in a few things such as business and geography. He likes to learn, which his clearly something he’s good at doing.

Not only was he a star student, he was also a star athlete when he was in college. He found time to focus on things like playing varsity football and basketball, and he even got to spend time in Europe playing pro football. It’s a situation that really did work for him, and we are sure this is part of the reason he is so well-rounded.

He does a lot for work, and it’s all on television. He is a man who works a host in many capacities. He’s hosted a lot of different shows, including a morning show with a Canadian news station, MuchMusic, and even Much on Demand. He has interviewed and talked to most of the biggest celebrities in the world, and it’s helped him to move on with his career to bigger and more exciting things every time.

If we can say one thing about him, it’s that he is a man who enjoys his privacy. He’s not into things that are going to put him in the spotlight personally so much as he does professionally. In fact, while some people did not even know that he and Shay Mitchell were dating, they’ve actually been together well over two years now. That’s how much they value their privacy.

8. He was On DeGrassi

He didn’t star on it like some of the major stars who came from this Canadian show, but he did have a two-episode arc with some famous faces. He thought it was a fun thing to do, and we can agree with that one. He’s been given a chance to spend some of his time working in some exciting situations, and it shows when we focus on things like his life and how it’s going.

9. Their Pregnancy Announcement was Cute

Just a few months before Shay Mitchell gave birth to their daughter, she announced her pregnancy on her social media page, but she didn’t say a word about her baby’s father. She posted a tasteful topless photo of herself with her baby belly asking if it’s all right if she uses the carpool lane at all times now. It was darling, but you just don’t see photos of her man on her social media pages.

This is a man who is on television for a living, but he seems truly happy when he is on his social media sites. He seems good with his family. He has a lot of love for his daughter and the mother of his baby, and he seems good where he is. That’s all he can ask for, right?