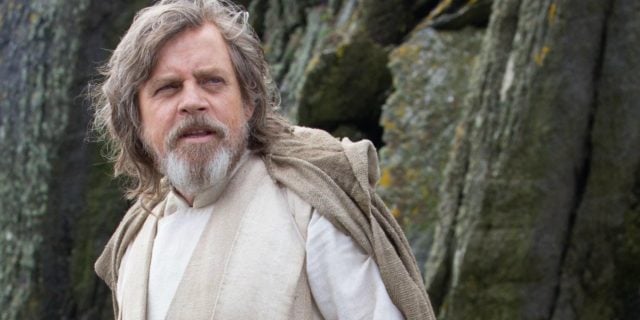 Star Wars fans all over the world bowled over in excitement when we all found out that Mark Hamill finally decided to reprise his role as Luke Skywalker for 2015’s The Force Awakens. However, he thought that he would last longer than just two films, and when his character was killed off in The Last Jedi, Hamill publicly expressed his dissatisfaction–and rightly so. Many people, just like Hamill, did not agree on how his character’s story played out in The Last Jedi. But some argue that there’s probably more to that story than what happened.

Whether it’s true or not is unclear at this point. We really can’t guess what J.J. Abrams was thinking or what he’s got brewing in that powerful brain of his. Some believe that J.J. Abrams intends to bring back Luke Skywalker’s character as a Force Ghost in the future Episode IX film, but at this point, all efforts could be too late. Mark Hamill is officially done with the Star Wars franchise, and it’s for reasons that’s you’ll probably never guess. If you think about it, Hamill has been under the Star Wars Shadow since 1977. That’s a span of over 40 years. The success of the franchise gave Hamill a life that he’s grateful for, but more than that, it gave him lifetime friends in the likes of Harrison Ford and Carrie Fisher.

According to Hamill, his friendship with Carrie Fisher really grew and cultivated during the long gap between the productions of the two trilogies. Their friendship was a great big deal to Hamill, so much that when Fisher died, everything about Star Wars just turned gray for Hamill. Sure, Ford was able to convince Hamill to come back, but Fisher’s death has taken its toll on Hamill. When he was asked whether he would come back, Hamill replied, “I don’t care anymore on that level because Han Solo is gone. Luke is gone. And you just can’t get the band back together the way you wanted it to be following Carrie’s passing.”

It’s certainly a sad thought, but we completely get it. It’s different now, and the fact that we never got to see the three back together is heartbreaking on many levels for us as fans. We can only imagine what that must feel like for Hamill. Regardless of what had transpired, Hamill is just grateful for having had the chance to spend time with Carrie the way that he was able to.

Maybe it is time to say goodbye to that part of Star Wars. Maybe it’s high time to look forward again, and it not all falls into the hands of J.J. Abrams to see where he takes the next course. We’ll always have the legacy that these original characters have made. It’ll be interesting to see where that legacy ends up. For now, we can just appreciate Hamill’s work and the rest of the original cast, whether they’re still with us or have passed on.