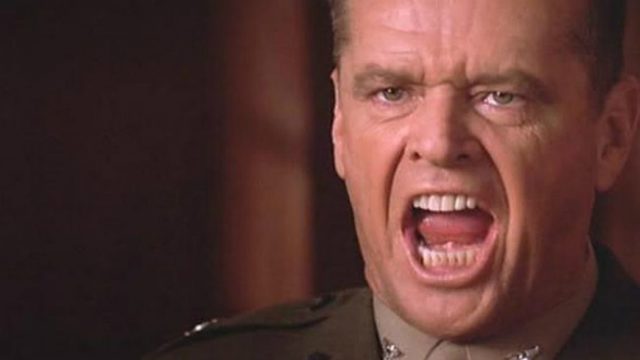 There are a lot of shows that showcase the courtroom and take a host of liberties with its usual proceedings. From TV to films there are a number of things that would simply never happen with the type of frequency that Hollywood likes to show. It’s entertaining to be sure but the over the top ridiculousness of it is something that would never be tolerated, much less condoned. Courtroom antics are often punished quite severely considering that a court of law is meant to be a very serious place, but in film they are often shrugged off as life goes on.

Here are just a few films that show the liberties that Hollywood takes with the average courtroom.

When a young lady throws a glass of water and yells out an obvious bit of profanity at another woman in court I think that would count as a ridiculous outburst. Plus, with the obvious aggression issue that Denise Richards displayed it would be reasonable to throw out the case right after the truth came out on the grounds of perjury alone. Most courtroom judges would have had her thrown out or held in contempt in a heartbeat, no matter who her mother is.

A lot of judges want the lawyers to get to the point and stop the hemming and hawing at the bare minimum. In military court it would seem that they might not want that type of thing at all, considering that they want the facts and nothing else. But Tom Cruise, being Tom Cruise, gets away with a meandering line of questioning that would be heavily frowned upon in any court of law.

The crowded courtroom – Whats Up Doc?

Standing room only? Only in a comedy could this many people stand before the judge and not be seen as an egregious error. Sure everyone had something to say and had a serious grievance to relate, but that’s what the benches in a courtroom are for. You sit, you wait, and then when it’s your turn you get called forth, if the judge allows it. Standing around the judge’s bench waiting for your turn to talk isn’t really how it’s done.

Judges are allowed to pass along a certain amount of self-righteous judgment. It is their courtroom after all and their final word that will send a person to prison or not. What they’re not allowed to do is reach back to hallowed antiquity and make it good and clear that their personal bias against an individual is in any way marring their ruling.

The suit, the discussion about instant grits, the rambling on and on about facts that seem to make no sense, and the language Vinny uses are just simple starts to his courtroom antics. He’s a tough guy turned lawyer that has never seen the inside of courtroom until this film, and thus has no real idea of what to do. Yet somehow he finds a way to refute a wrongful murder charge while turning the courtroom into a veritable circus act. Yeah, that sounds like something Joe Pesci could, and would do.

The courtroom is no place for hilarity unless it’s in a movie. In that case, let the falsehoods alone and just enjoy the experience.