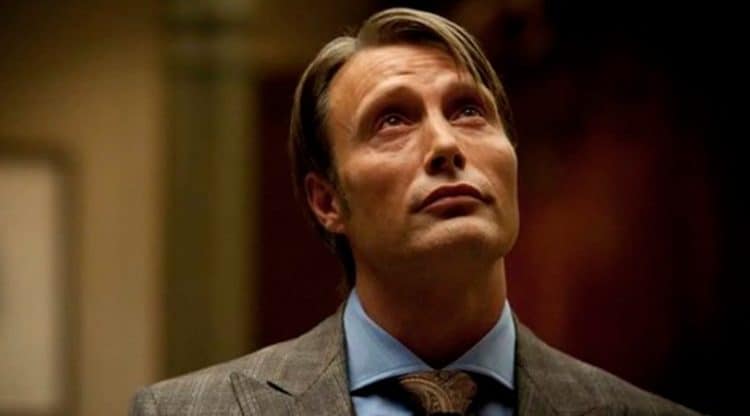 It might be risky but I’ll go ahead and say it, I’m glad that Mads Mikkelsen never managed to get the part of Reed Richards, aka Mr. Fantastic. Why you might ask? Well, that’s pretty simple, he’s not the right guy for the role, and if anything he might have been better off auditioning for Victor von Doom since he could likely pull off that character, maybe. Let’s just say that he’d be better suited to it since when playing a hero he’s not exactly the type that would pull off a great Reed Richards. On top of that, he didn’t even appear to want this role, but given his career at the time it sounds as though he was in a position where auditioning for as much as he possibly could was a better option than possibly missing out on anything. But the downside is that the audition felt more than a little awkward and definitely humiliating. Having to stand there delivering lines while attempting to pretend that he had elongated arms was something that rubbed Mads the wrong way since it sounds silly just to think about, especially given the fact that he really didn’t know what was desired at the audition. It’s one thing to be given a scene and how to act it out, but to ask a noted actor to pretend in such a manner, when CGI will be inserted, feels awkward at the very least, since imagining such a thing shouldn’t be too hard, but asking someone to do anything but read lines for such a scene to start with sounds kind of silly.

Obviously Mads didn’t get the part, but it feels as though he wasn’t too broken up about it since his career has been hitting high notes for the last decade or so, and as many already know, the Fantastic Four movies became a bit of an embarrassment to a lot of people since despite the fact that there were interesting moments in the first two movies, they fell quite flat and didn’t really deliver on the kind of action that people were hoping for. Even the 2015 version didn’t do much to advance the idea since the emergence of Dr. Doom was still horrible and in many ways misconstrued, while the powers of the FF weren’t exactly mishandled, but were still kind of less than what was expected. The fact that Reed could change his appearance in the 2015 version by using the increased elasticity of his body was awkward, but the Thing’s appearance was at least a little better given that it was all CG and not a bodysuit that would be so horribly stifling. So far, the future of the FF in the MCU is still up in the air even though many people want to see it happen, but in a manner that won’t make the family into a joke this time around. Mads could easily take on a role in the FF if he really wanted it, but it’s likely that such a role would need to be a villain, if only because the guy is a great actor and can play a villain unlike many others. Seeing him as an FF villain would be a treat since it’s likely he could play one of their more diabolical enemies that would be capable of messing them up in a very efficient manner. Even seeing him as another villain in the MCU would be great since perhaps as someone such as the Beyonder, or someone that wields power on a level that’s hard to match, would be sufficient for Mads. His stint in Doctor Strange has already marked him as someone that can play a comic book role, but perhaps in another role, he could become someone that wouldn’t be beaten so easily and would get to play a part that wouldn’t mark up his eyes as is usual for his roles.

Whether he’ll try this or not is kind of irrelevant since the whole point is that auditioning for the FF was a rather humiliating experience that might have turned him off to the idea for a while, but there’s always hope that Mads will come back to the MCU since he’s one of the best for the franchise. Perhaps bringing him back as the High Evolutionary for an event that could bring the MCU together again would be agreeable, since the Evolutionary Wars included a lot of the Marvel universe in a very impressive manner. Tim will tell obviously, but as of now, Mads is doing just fine with his career since he’s been on a roll for some time and has completed several roles that people have been quite satisfied with. Maybe one day he’ll return to the MCU, as it’s fair to say that people would welcome him with open arms.