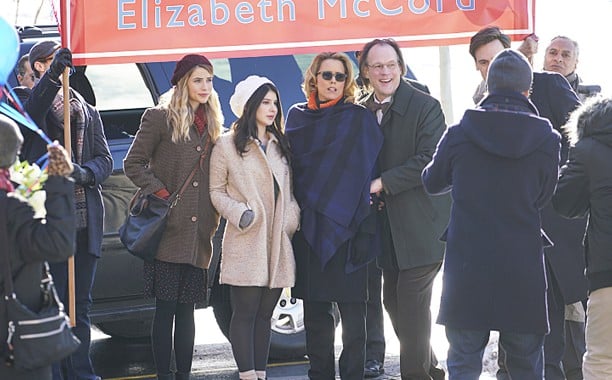 Going to college is supposed to be a brand new chapter in a young adult’s life. In this week’s episode of Madam Secretary, however, it seems that Alison McCord is far from being just a normal prospective college student when her mother is confronted by a group of student protesters who are angry about the mining situation in Chile.

The episode began with a protest against an American company up in the Andes Mountains in Chile. The protest escalated from bad to worse when violence almost broke out between one of Hercutel’s workers, who is also from Chile, and the lead protester. Another protester threw a rock at the windshield of one of Hercutel Mining’s delivery trucks and at the driver of said truck. I have a feeling that the driver will just write it off as another day at the office.

It was later revealed by Elizabeth’s team back at the State Department that the mining agreement between the American company Hercutel and the Chilean government, though legal, is being violated by Hercutel when the company was accused by the Chilean president of negotiating more than their fair share of the mountain’s resources which led the Chilean president to change her mind about letting Hercutel mine anymore gold from the Andes Mountains.

I felt sorry for Alison as she, Stevie and Elizabeth arrived at the college (who’s watching Jason? Is he staying at a friends’ house?) and were met with the Dean and the school’s marching band. The last thing that Alison needs is for everyone on campus to know that she’s the Secretary of State’s daughter. I also feel sorry for Blake, who tried to make Alison’s college tour as normal as possible but I guess the school just wanted to welcome them in an extravagant way because it’s not every day that the Secretary of State makes a visit to a college campus.

Taking things back to the mining protest, Elizabeth got the Chilean foreign minister to resume the mining operation, but her efforts were for naught as an online video of a man named Hugo, from the Inhawoji people of Chile, that the Andes Mountains had belonged to the Inhawoji people for 6,000 years. Meaning that the Chilean government had no right to make an agreement with Hercutel Mining for the latter to come into the country and mine the gold. Hugo firmly stated in his video that he will climb the Andes Mountain, and live-stream his progress, to save it from being drained of all its gold or die trying. A pretty bold move from a desperate man trying to save something that’s important to him and his people.

My prediction in my sneak peek article was right where Elizabeth will do something about the mining protests in true Madam Secretary fashion. She handled the lawsuit made by the lead student protester by going to his dorm room the next morning with the kids’ parents on Skype. The parents were appalled that their son is suing the Secretary of State and threatened to stop paying his tuition if he doesn’t drop the lawsuit. Oh snap!

Elizabeth then proceeded to put out the fire by saying that the kid is right in standing up for what he believes in and to have his opinions heard. The student, flattered by Elizabeth’s words, ended up dropping the lawsuit. I both snickered and face-palmed when the student called Elizabeth Mrs. Secretary instead of Madam Secretary. Someone should pay attention in class more. Another funny moment was when Nadine had something else to say as everyone was about to leave the conference room and then sat back down as the former finished making her point.

Meanwhile, back in D.C, Henry and the rest of the Murphy Station are busy tracking down Hijiriyyah. They were close to finding out a way when they tracked down a former teacher who taught at the academy where Hijiriyyah went to school. A female agent was sent in to speak with the teacher but came up empty when Henry and Jane were arguing about the best possible way to get the teacher to talk.

Jane then suggested that Henry should be the one to talk to the teacher since he is an educator himself. Should’ve done that in the first place because Henry was able to get through to the teacher with his impeccable charm and persuading ways. I swear that man could convince anyone to let down their guard just like his wife. They’re like two peas in a pod when it comes to persuading people to do the right thing.

In the end, everyone was happy with the outcome of the mining incident. Hercutel moved to another region of the Argentine Andes and Hugo was saved in time by the rescue team after being buried in an avalanche. I applauded when Alison channeled her mother when she verbally took down a drunk college guy at the party when he called her a fascist. The ending scene with the McCord ladies sledding down the snowy slope on lunch trays was a great family bonding moment.

I sympathized with Stevie when she told Elizabeth that Alison thinks that she and their mother are not fun anymore. I’m also glad that the eldest of the McCord children didn’t tell her mother about Alison sneaking off to the party and actually covered for her sister. The McCords should take some time off to be a family again without all these international issues getting in the way. Though it might be wishful thinking given that these kinds of issues happen on a daily basis.

From the email that Hijiriyyah sent to the former teacher, it looks like she wants to take down her husband when she quoted something from One Thousand and One Nights. Henry and the rest of the Murphy Station can use that to their advantage in their search for Disah. Let’s hope that’s actually the case in next Sunday’s episode.

Alison’s college tour is far from normal as she and Stevie are caught in the middle of an international protest in this week’s fantastic Madam Secretary. 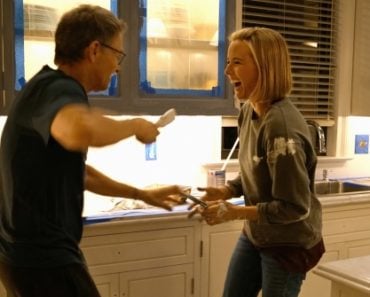 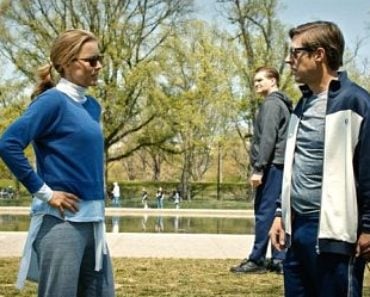