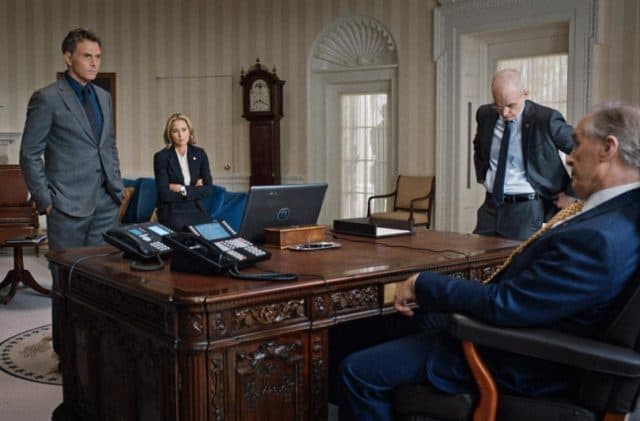 Rules are there for a reason. That one should follow it to the letter. However, there are moments where there are exceptions within them. In this week’s episode of Madam Secretary, Henry suggests a loophole and Elizabeth is not too keen on implementing it. Stevie also tries to move on from her broken engagement to Jareth and expresses interest in a certain CIA asset.

I agreed with Henry, to an extent, when he told Elizabeth that she could have backed him up in the Oval Office. On the other hand, having a Taliban minister help free the operative sounds too good to be true. Elizabeth was right in assuming that if they were to pay him the fifty million and grant him amnesty, who’s to say that he won’t double-cross them and start his own group of terrorists? In the end, the Taliban released Nafisa, the agent that they kidnapped, and allowed her to return to America.

In other news, the person responsible for the leak at the Kabul embassy is still at large. Possible suspects have been ruled out which means that it’s an inside job. I have a feeling that it’s the bald agent with the glasses. He was quick to take on the task of finding out the culprit which raises suspicion. Best to keep an eye on him for now.

Meanwhile, Jay is interviewing possible candidates for his old job as Policy Advisor. Matt suggested a friend of his, Ashley Haines for the job and even went over Jay’s head when he brought it up with Elizabeth in the break room. I get that you two are friends, Matt, but Jay is right. In the State Department, he is your boss. Outside of it, he is your friend. You don’t want to be the unemployed friend, now do you? I wonder if the new advisor would be Sara Ramirez’s character assuming that the show will ever get around to introducing her?

Politics aside, this episode also dealt with the aftermath of Stevie’s broken engagement. The eldest McCord child broke the news to her parents and Elizabeth volunteered to help her daughter pack up her things at Jareth’s apartment. Imagine my shock to see the secretary cry over a pair of boots. It turns out that she just remembered the time when her eldest daughter had been happy.

As the episode ended, we see Stevie give Dmitri her number after she tried asking him out for drinks. I think it’s a little fast considering that she had just ended a relationship, but it seemed like she is not hurting over it, so I guess it’s okay. Hope Dmitri doesn’t break her heart or else he would have to answer to her father who just so happens to be his boss.

It was kind of Russell to try and cheer Stevie up and imparting a story from his past. It’s not every day that the White House Chief of Staff gets touchy-feely.

I completely agree with Elizabeth when she told Stevie that she needs to unfriend Jareth from Facebook. Keeping him around and seeing his happy posts will just hurt her more. That, and the whole making a list of the things that one hates about a person is useful post-breakup. Wonder if the secretary ever had to make one of those lists before meeting Henry?

Daisy finally had her baby! It’s a beautiful baby girl named Joanna Grant. She’s going to grow up to be a heartbreaker for sure.

Policies can be written in the cold of day, but it can also be rewritten. Elizabeth and Henry argue over loopholes and Stevie moves on from her broken engagement to Jareth in this week’s Madam Secretary.