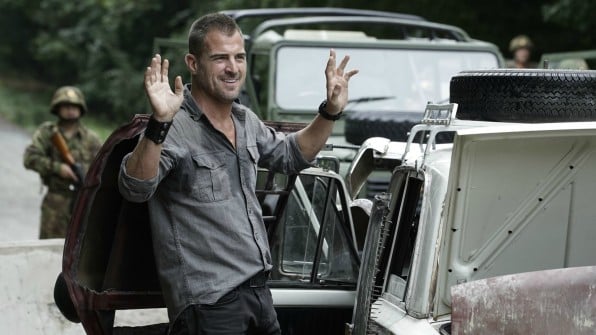 Your favorite spy extraordinaire is back and better than ever. MacGyver has returned to our screens to show us just how useful science and common sense can be. Angus MacGyver has been a spy for some time now. He’s traveled all over the world, solved tons of cases for the government and is now proudly apart of the Phoenix Foundation. Yet in the series opener he was almost brought down by his own girlfriend. Nothing stings worse than that. This week we found out that girl trouble isn’t just exclusive to MacGyver, but to another Phoenix member.

Riley is now a free woman since she’s joined the Phoenix Foundation. That doesn’t mean that she doesn’t have to deal with a parole officer. She and Bozer come up with a plan. For every week that he pretends to be her boyfriend for her parole officer, she’ll give him a single digit of her phone number. Eight weeks to go.

There’s no doubting MacGyver’s skill set, but Nikki’s escape from custody has left him rattled. Patricia wonders if he should be pulled from the field, but Jack advocates for him. The good thing is that Jack knows MacGyver better than anyone. He knows that his friend has been making secret visits to Nikki’s old apartment. It’s not impairing his ability to do his job, but MacGyver hates losing. Letting Nikki walk away from her crimes would definitely be a loss.

MacGyver’s not the only one contending with an ex. Jack’s ex-girlfriend and partner at the CIA is captured on a job in Venezuela. Sarah (guest star Amy Acker) was trying to catch an arms dealer named Alfredo Barrios, but was taken before she could. Off to South America they go. Sarah is held in an abandoned hospital, with convenient service elevator access. For a man who says he’s afraid of heights he sure does spend alot of time braving them. He also isn’t a fan of the dark. Yet he asks Riley to shut the power in the building and makeshifts some night-vision goggles. It’s very clear that Jack is nowhere near over Sarah. He grins like an idiot everytime she smiles at him. The team’s mission was to get Sarah and the ledger she has on Barrios, but plans change. When her friend is tortured to death, Sarah wants to make sure that Barrios isn’t able to run away this time. Using the power of the sun, MacGyver fools the mercenaries into thinking they are being attacked, which lures Barrios out.

Meanwhile Thorton finds out that the team isn’t coming back as scheduled. She hops on a plane and saves Riley just before she is riddled with bullets. Riley may have thought she was safe transferring Sarah’s ledger information from an anonymous cyber cafe, but it backfired. Thorton and Riley arrive just in time to save Jack, MacGyver, and Sarah. Jack stops Sarah before she can kill Barrios. The chemistry between Sarah and Jack is actually phenomenal! Unfortunately, she’s engaged. Jack and Mac really do have terrible luck with women. MacGyver just can’t stay away from Nikki’s apartment, but not for the reason you think. He believes there is some clue there as to where Nikki is. Sitting and staring actually gets him somewhere, or more accurately, something: Nikki’s passport.

Since the show has done such a good job of explaining all of MacGyver’s tricks as he’s doing them, let’s count them off. In this episode, MacGyver backed into a country barrier moving backwards with a car, used alcohol and fire as a distraction for a bar brawl, created make-shift night-vision goggles, used sunlight to set off unloaded bullets, and captured an international criminal on a motorcycle with a net from ten feet away. All in a week’s work. 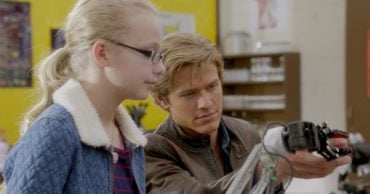 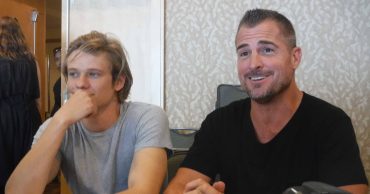 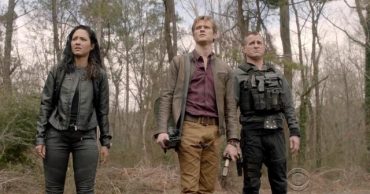 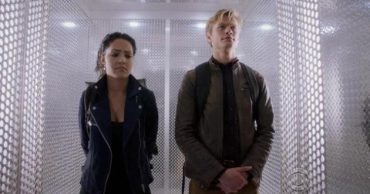 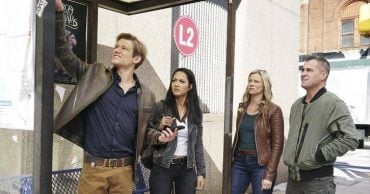 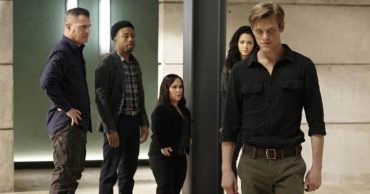