Home
Television
How Does This Love Connection Stack Up Against the Old? 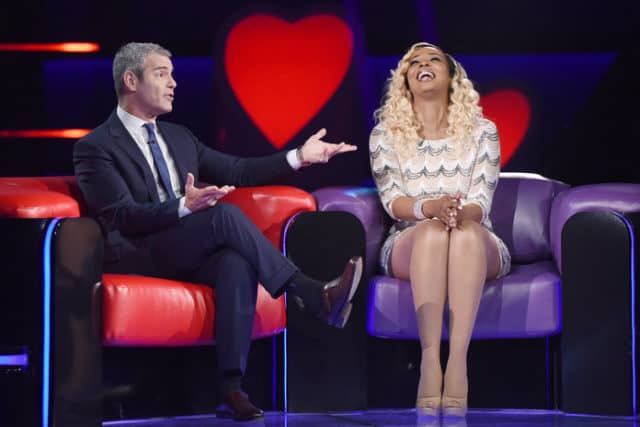 A lot has changed since the original family show, Love Connection ended in 1998. The ran for 15 years, and its host, Chuck Willery, literally own the crowdand the environment. He knew how to manage those intense moments when a contestant was a little too honest about the negative feeling they were having about their potential match.

The Love Connection is basically a unique variation of the dating game with a rather straightforward approach. The show had a good run, but the format, production, and presentation could not keep up with the evolution of television programming — simply not being able to compete with shows that were willing to push the envelope as far as content and plots were concerned. Simply take a quick look around at all of the reality shows and the steamy dramas and imagine viewers turning away from that for the old format of the Love Connection.

Think about that show competing with Keeping Up With the Kardashians, or the modern version, The Bachelor or The Bachelorette.

Fox determined that they want to take a stab at reviving the show by bringing in Andy Cohen to connect with viewers. If there is ever a time to bring back the Love Connection, this is it. There is somewhat of a renaissance of old television game shows being rebooted, such as the 100,000 Pyramid or the Gong Show. The focus of this renaissance is to lure back the older audience that has been somewhat alienated and displace the raw nature of the new content that dominates modern TV. Networks are hoping to create a little nostalgia.

Where the new version of the Love Connection compares most with the original is the host. Both Chuck and Andy have an uncanny ability to get the dirty grimy detailsfrom the participants. For a show like Love Connection to work there must be chemistry between the host of the show, the contestants, and the audience. This is not easy tasks, but Chuck pulled it off with ease in the original, and Andy is proving that he has mastered this skill as well.

Where the shows differ is in the presentation, which has a lot of shock and awe afforded by the substantial advancement in technology since the original went off of the air. According to Andy, it is still exciting hearing about peoples first dates. The challenge with the new show is the same challenge that the original had, with different contestants every week, it is hard to build the type of intense anticipation of shows like The Bachelor and The Bachelorette that go beyond the first date.

When it comes to identifying the distinctions between the original show and the reboot, the difference isn’t so much the show as it is the audience. Modern viewers are insatiable and highly desensitized, and it takes a great deal to grab their interest. The good news is that there are still some romantics out there that relish the idea of courting a female and spending the time to get to know a person in order take things to the next level.