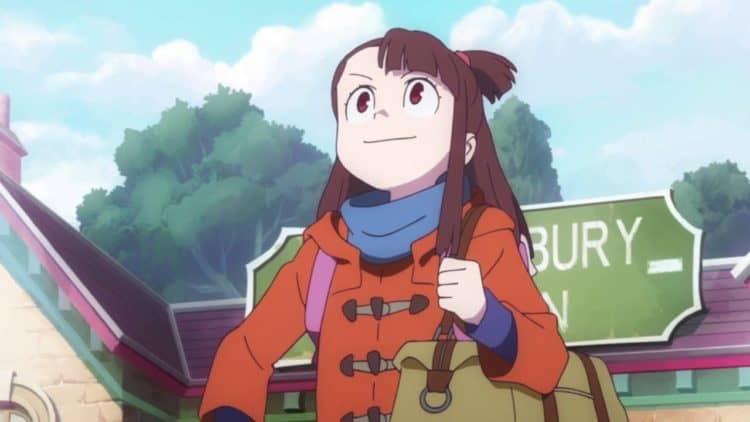 Little Witch Academia is an action anime with a comedic overtone. If you enjoy humor then this may be something you’ll want to watch. If you haven’t tuned into this series yet, here are ten things you don’t know, that may make you want to watch it.

1. The story is action-packed and humorous

Little Witch Academia focuses on the main character who is a new student attending Luna Nova Academy. This is a school that trains only the witches with the highest potential and it’s a bit of an elitist school. The character’s name is Atsuko Kagari who goes by Akko. She idolizes a celebrity witch named Shiny Chariot and wants to be just like her. The problem is that Akko has no magic in her family lineage and she doesn’t know anything about it. She doesn’t even know where the academy is, but she’s determined.

2. You’ll root for the underdog

Akko is the stereotypical underdog who is inspired by a dream. Because of her lack of knowledge about the field that she’s entering, she has no idea what she’s getting herself into. Through the episodes, she encounters a ton of different tests and trials both in school and outside. It truly is filled with adventures as she navigates her way through the system to learn the things she must become like her idol.

3. There have been some harsh criticisms of the series

One of the things that viewers pointed out about Little Witch Academia is that it has an awkward beginning. The plot is taken to the sublime when it comes to silliness and something that is hard to believe, even for a fantasy. If you can move beyond this aspect of the anime, there are some entertaining moments that may even make up for the rocky start.

4. There is some language and violence

There is a bit of violence in the televised series, but it’s minor enough to still have a ranting for ages seven on up. There is also mild language that some may find offensive, but it’s not the hardcore stuff that you’ll find in many of the other blatantly violent and oversexualized animes. It’s all relatively mild, but still, the warning about it has got to be made.

The visuals are amazing and they flow well enough, which is to say they’re average for an anime series. There is a great stand alone character development also, so one character does not necessarily depend on the others to fit into the show. The writer took the time to develop the characters carefully so you get the sense of who they are and it’s fairly straightforward.

6. The character representations are very good

There are a lot of different characters in this series. While it would have been simpler to make them more generic, a lot of time was taken in choosing the names and drawing them in their appropriate uniforms. They’re all dressed in great attire and each has their own defining features as the illustrators and animators sought to avoid the generic look that so many animes are guilty of. For Little Witch Academia, the characters each have unique features that make them distinct, easy to identify and memorable.

This is really an encouraging review. Most have voted it to be one that is worth checking out if you like their previous works. How many animes feature a bee whose sting can cause an infatuation? Imagine it getting loose and stinging a group of people at school. This is just one of the hilarious situations that arise in Little Witch Academia and it is this kind of good-natured humor that draws so many viewers to the show.

8. The cast are weirdos but they’re also lovable

This is another reason that you may enjoy watching Little Witch Academia. The characters are so odd and different that people are drawn to them, but they’re also quite lovable.

9. The visuals are exceptional

This anime is not any different than the average series when it comes to the fluidity of the visuals. It’s moderate but the best thing about them is the depth of character that we see in each of the main players in the game. Start with the two pilots for the television series and you’ll find that the animation is rock solid.

10. There are a few filler episodes

We have to warn you that there are a few filler episodes that are used to stretch the series out a bit. Most animes have them. Even though they are awkward at first. For better or worse, after you’ve gotten past them, things level out a lot. While this for some is a deal breaker on watching the show, most realize that it’s just a part of the process and just because they’re intended to be filler, doesn’t mean that they’re not good.