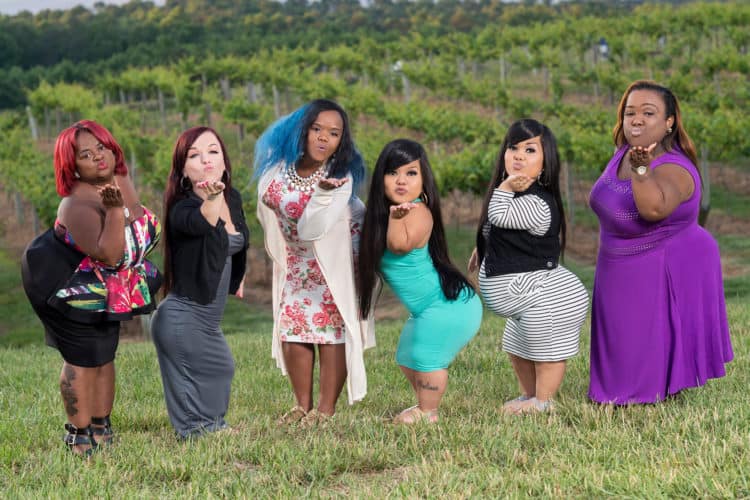 When the world looks down on you, you have to rise above it. The ladies of Little Women: Atlanta know this better than anyone. Life in Atlanta isn’t easy for anyone, but you have to fight harder when you start out with a disadvantage. The heart, humanity, and humor in every episode of this incredible trainwreck of a show has more to offer than first meets the eye. You won’t be able to look away, and you might learn something along the way.

1. Working Mothers Have it Rough

Fans of LWA can tell you that these little women always have big drama. There’s no denying that anyone is going to have to work hard to make it to the top. That goes double for women and triple for mothers. Moreover, it can’t be easy being a twin when your sister doesn’t have kids. In episode’s 43 and 44 the Tiny Twinz are asked to go on a cruise. A dream vacation for one sister is a nightmare for the other when she has to be away from her kids for longer than expected. Work can be hard for anyone, but when your career and your sisters both depend on your choices, and you’ve got kids at home who need you, it makes things much more difficult.

2. Feuds Come in All Sizes

Like all women, sometimes the ladies of LWA don’t get along. Some of the fights are short-lived, but some are life long rivalries, like the one the Tiny Twinz have with the Cheeks. These two dynamic duos have a long history. When they first met the Cheeks offered to (sort of) mentor the Tiny Twinz, but it seemed like they just wanted the chance to make money from the relationship. Instead, what happened was that the Tiny Twinz learned they could make a career out of twerking and they ended up feuding with the Cheeks and even taking some of their jobs.

From the first season when the Twinz beat the Cheeks at a Twerking Battle hosted by Miss Juicy Baby to present day, the battle has gone on. With the Cheeks getting into rapping, they showed up with a dis-rap at an event the Twinz were attending this year. Perhaps talents thrive best under pressure, and this rivalry helps all four women continue to fight for their careers. We’re not sure, but either way, it doesn’t seem like they’ll ever be friends.

3. Success is Something You Have to Fight For

Miss Juicy Baby isn’t just another woman on a reality TV show. She also has a career in radio and works as a talent manager. At 47 years old, she didn’t get where she is in a day. She started pursuing acting as far back as 2007, and has worked on stage, in film and now on the small screen with LWA. She’s been on the Rickey Smiley show for eight years. In addition to her paid work, Miss Juicy is an involved member of her community. She works to organize events like local clothing drives. Giving back is something she cares about deeply, and what’s more, it gives people who wouldn’t necessarily know her from her other work a chance to see who she is. Growing your own brand takes time and effort. Miss Juicy is one incredibly self-motivated little woman.

It’s no secret that Minnie and Monie have had their squabbles. However, in the middle of season two things escalated severely. In the episodes Counterfeit Monie (episode 15) and Sister Act (episode 16 ), they had one of their biggest tiffs of all. As the tallest of the Little Women at 4’6 Monie towers over the rest of the cast almost like a person of average height. Minnie decided that meant he wasn’t ‘really’ a little person. As you might expect, Monie, who is not known for her calm demeanor, lost it a bit at the idea that Minnie was accusing her of being a fake.

With her dwarfism in question, Monie had only one real option. She set out to prove once and for all that she has dwarfism. It caused some issues when she admitted that she’d never been tested to find out what form of dwarfism she had. As it turns out, the LPA (Little People of America) had an easy answer for her. They define dwarfism as any medical or genetic condition that results in an adult height under 4’10.

Since Tiffany ‘Monie’ Cashette is under the pre-defined height limit, she absolutely qualifies as a little person. Of course, being vindicated didn’t particularly improve her relationship with Minnie. The fact that Monie could have grown four inches and still qualified was news to the 4’3 Minnie and not good news.

5. A Disadvantage Can Also Be A Talent

The talented women on Little Women Atlanta are all making a place for themselves in a world where it’s a struggle to succeed as a woman of any height. What some people see as a problem, can actually turn out to be the thing that makes you great. Miss Juicy Baby uses her skills to help people and her voice to make her living. The Twinz and the Cheeks are using their looks, their stature, and their prolific backsides to make history in the music and performance industry.

The very thing that makes people stop and stare can be used to get the right kind of attention. If people look to you anyway, then give them something worth looking at. Show them your skills, your talents, and your heart. People love an underdog story, so whatever makes someone treat you like you’re less can also be used to push you to greater heights of success.

Life isn’t about how you get things off the high shelves. It’s about friendship, love, and doing right by your community and your family. Life is a journey of learning how to get what you need and be who you are. More than that, sometimes life is about changing the way people see you so you can do what you’re meant to do. These little women may be reality-show trainwrecks, but in real life, there are some more profound lessons to be learned from a show like this. You can turn anything into a positive if you just have the right attitude and perspective.