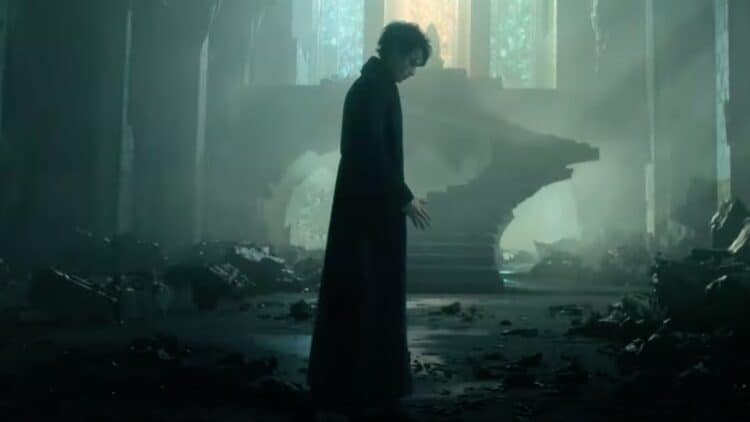 To those that haven’t read the comics, the main thrust of the series that is coming to Netflix soon isn’t too hard to understand since Morpheus, the king of dreams will be making his way back to his kingdom after being caught in an occult ritual a little over a century before. One can imagine that such a being will feel some way about that and that he’ll be seeking to put his house back in order. It’s easy to state that this show looks like it’s going to be a special effects-laden epic that the fans have been waiting on for a long time now. One can’t help but wonder how accurate the show is going to be to the story, but at the very least it’s wise to think that people should be reading the graphic novels to make certain that they can understand the details that are bound to be seen in this story. It does feel as though the tale will end up being able to cater to those who are just getting turned onto The Sandman, but as it happens with many series it’s easy to think that longtime fans are going to be ready to tear it apart.

A lot of people are going to be completely lost since to be fair, this is a well-rounded story that Neil Gaiman spent a lot of time on and turned into an epic that many people have been talking about for years. It’s been easy to hear about The Sandman for a long time now, but it’s also taken a long time to get the story onto the small screen. There are bound to be differences that will be noted and it’s fair to think that the criticisms that will come are going to be a bit brutal since people tend to want things the way they want them without the added need to accept what they can’t change.

It does stand to reason that the initial episode or first few episodes might be able to keep people on board and entertained until the reviews start coming in, but over the course of ten episodes, it’s going to be interesting to see if the show can keep up the intensity and the story that people are hoping to see. Whether a person knows that much about this story or not it already looks like it will be something entertaining on the screen. Many will no doubt call it unique and use many other adjectives to describe how great it is that Gaiman’s creation is finally getting its due, and it is unique in its own way. But the reality is that most stories that come to the streaming channels and even those that hit the theaters these days are vying for the interest of the viewers in a way that feels as though they’re trying to catch up and outdo each other no matter how many people are claiming otherwise. Kudos are to be given to every person seeking to create something that will capture the attention of the people in a big way. But the truth is that after the initial episode or the first several minutes of any production the real test begins and a project will have to work even harder to keep the attention of the people.

The added difficulty of this is only compounded by the idea of the fans and their reaction since like it or not, the fans are typically the ones that know enough about the story, or everything about the story, and are bound to be a big factor on how it’s seen by others. It’s not hard to imagine that reviewers and commentators that go out of their way to let people know what’s coming and whether a show or movie is worth watching create a certain bias in a lot of people that is hard to move past. This will likely happen when The Sandman comes to Netflix, but it’s also easy to think that people will want to make up their own minds. The trailer makes this story look impressive as hell and it does feel as though it’s going to be welcomed with open arms when August rolls around.

Whether it will last past one season or if fans will see it as something worth keeping around after a few episodes is tough to say since the binge-watching capability might be good or bad for this show, it’s hard to say at the moment. But keeping an open mind and remaining optimistic feels like it would be best when walking into this show, especially since there’s enough lore to keep it going for a while if it does well enough. At the very least, it’s something that fans have been wanting to see, but it remains to be seen if they’re going to be satisfied.