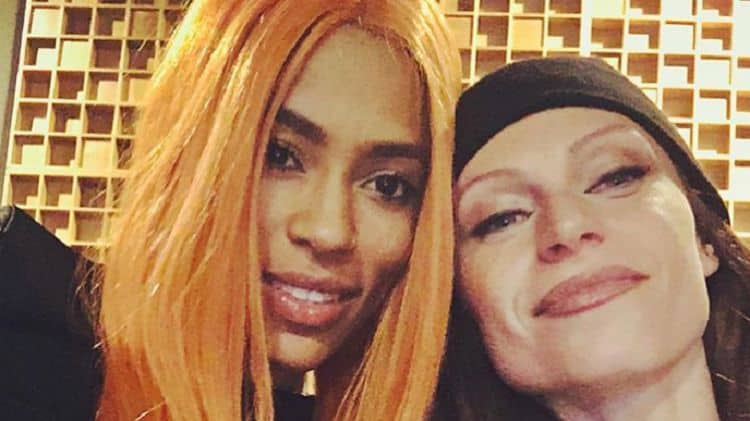 Lauren Hashian’s name might strike some as a name that they’ve heard before somewhere but it’s elusive enough that they can’t recall. This is true of a lot of people in Hollywood largely because some of them do pop up time and again and others are associated with individuals that are more famous than they are. That being said however Lauren has been someone that’s been kept a little more low-key than many despite the fact that she’s quite popular in media circles. It seems fair to say that her fame is still on the rise even after several years. Fame is definitely one of those things that comes and goes as it will and in doing so touches upon some individuals who manage to grab hold of it and use it to the best possible extent, while others allow it to touch along their lives and then go on its way.

Here are a few things about Lauren you might not have known.

10. She’s got a very impressive following on social media.

Lauren has a very impressive following on social media, just shy of a million followers on Instagram in fact. While social media might be a big way to define popularity and fame online it’s not exactly the bottom line when it comes to determining just how famous a person really is. It’s impressive though to think that this many people want to know what’s going on in a celebrity’s life.

9. She and Dwayne Johnson have been together since 2007.

It’s been well over a decade since the two of them found one another and decided to get together, and they’ve had two children together so they do have an even bigger reason to stay together. Thankfully though they seem quite affectionate towards each other and are a very loving couple.

8. Both she and Dwayne keep their love life private most of the time.

It seems like this might actually be something hard to do since Dwayne Johnson is in the media all the time and has a very open life when it comes to his fans. But it does seem as though they manage to keep a good portion of their lives on the down low as much as possible.

7. Her father was the drummer for the band Boston.

Lauren has been musically-inclined for most of her life since, as Monica Sisavat from Popsugar writes, she does have a famous father in one of the most noted bands of all time. This is a big reason why fame is nothing new to her since she’s lived with it for her entire life.

This isn’t typically something you’d hear since the ex and the current partner don’t always see eye to eye. It’s even worse if there are kids involved since it becomes a massive power struggle. But since Dwayne’s ex is also his manager it’s kind of important that everyone gets along, and it sounds as though everything is just fine between the three of them, which is rather inspirational in a big way.

She’s a bit younger than Dwayne but this seems to be less of an impediment than an interesting fact since as you can imagine Dwayne can keep up with Lauren quite easily in terms of their lifestyle and enjoys spending time with her.

4. She is also a singer/songwriter.

Lauren definitely took her own musical path since her father is a drummer and she chose to be a songwriter and singer. Honestly this isn’t too much of a stretch since a lot of kids that took after their musical parents didn’t always go down the same path to play the same instrument.

3. There’s not a lot of information on her educational background.

Either she didn’t feel like giving it or she didn’t attend college, it’s not really a big deal since it’s obvious that whatever her background is Lauren has found success in what she’s done. As you might have seen with some celebrities, higher education is not always necessary, though it is sometimes preferable. But in this case it seems as though she’s achieved what she wanted no matter if she did or didn’t.

2. A lot of her prominence did come once she and Dwayne hooked up.

In a way saying that someone is famous because of someone else is kind of cringe-worthy since to some it means they couldn’t have reached this level on their own, but let’s be honest and say while Lauren was standing on her own two feet, meeting and hooking up with a megastar like Dwayne certainly didn’t hurt her career but helped to bolster it quite a bit. Honestly as long as she’s still doing her thing it’s not a big deal.

1. As of right now her net worth isn’t really known.

It might be under review but it’s hard to know unless it’s posted. In any case it’s bound to be kind of impressive.