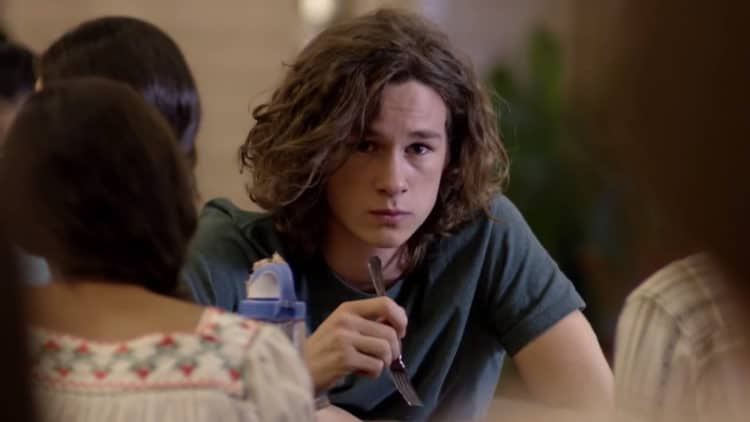 Kyle Allen may be somewhat new to the entertainment industry, but in just a few short years he’s already gotten quite a few major opportunities. He got a major role almost instantly when he broke on to the scene. After being on The Path from 2016 to 2018, he went on to be cast in American Horror Story. Now with a couple of solid TV roles under his belt, Kyle is taking his talents to the big screen with a starring role in the Amazon Original, The Map of Tiny Perfect Things. Not only has the film allowed Kyle to share his skills with a wide audience but it’s also given him the perfect platform to show his depth as an actor. Here are 10 things you didn’t know about Kyle Allen.

Kyle was born and raised in California and he comes from a close knit family. It was in California where he initially developed his interest in performing. He eventually made the decision to relocate to Los Angeles in order to give himself a better chance at a career in entertainment.

Most people know Kyle as an actor, but they don’t realize that he’s also a very talented dancer. He spent years training in ballet and he eventually began breakdancing as well. Although acting is his main focus at the moment, Kyle still loves dancing when he gets a chance.

3. He Got His Start Doing Commercials

Commercials are a common starting point for many actors, and Kyle is no exception. Kyle told Interview Magazine, “First I started doing commercials just to support myself. Anything and everything. I had no interest in acting; I did it solely because it was abstractly interesting to me, the strangeness that goes on behind the scenes. I’d do anything that sounded ridiculous.”

4. He Was An Acrobat

Even though Kyle didn’t always have an interest in being an actor, he always loved to perform in some way. He studied acrobatics for several years. His time as an acrobat has come in very handy during his acting career. It also proved to be beneficial when he was studying ballet. Kyle has a sister who was also an acrobat for many years.

5. He Had A Metal Bar In His Chest

When Kyle was younger he suffered from an issue with his chest cavity which required him to have a metal bar placed in his chest. While talking to Interview Magazine he said, “I had a metal bar in my chest. I named it Christopher. It started sticking out one side and you could kind of see it.”

Kyle has a large social media following and he’s done quite a few interviews, but he still likes to maintain a certain level of privacy. He prefers to keep the attention focused on his professional life. With that being said, we will likely learn more about him as his career continues to grow.

7. He Worked With Master P

Kyle has been in the industry for less than a decade, but he’s already gotten the chance to work with some pretty big names. Very early in his career he got the opportunity to do a music video with rap star and successful entrepreneur, Master P. The experience is one that Kyle will never forget.

8. He Is An Outdoors Kind Of Guy

The last few years have been really busy for Kyle and while he’s grateful for all of his accomplishments, he also appreciates getting time to rest. When he isn’t working, you can usually find him enjoying the beauty of the great outdoors. He loves doing things like paddleboarding and swimming.

9. He Is A Trained Actor

Once Kyle developed an interest in acting, he knew that he wanted to do everything he could to help himself reach his full potential. He began taking classes with director and acting coach, Lauren Patrice Nadler. He spent time studying improv and immersing himself in as much acting as he could. At this point in his career I think it’s safe to say that all of his hard work has paid off.

You may have been able to guess by now, but Kyle has always enjoyed a good adrenaline rush. He loves to stay active and he’s always looking for fun things to do to get his blood pumping. Skating is one of his favorite ways to get that feeling and he enjoys getting out on his board whenever he can.