Home
Television
10 Things You Never Knew about Kuzu no Honkai 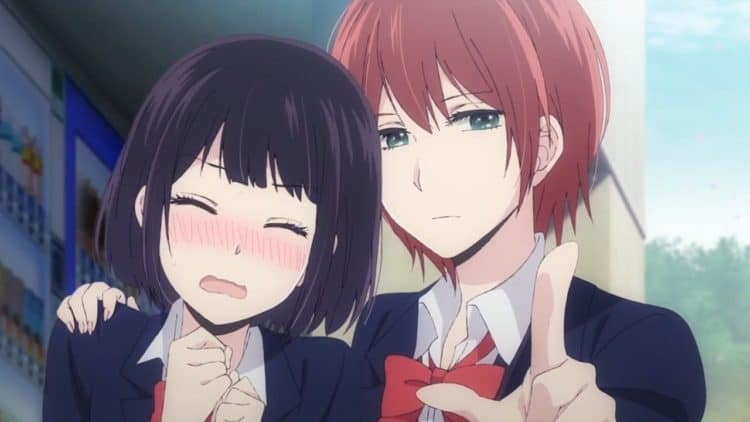 Kuzu no Honkai is a manga series focused on romantic relationships. It has come to a conclusion, but it is interesting to note that there is a spin-off series called Kuzu no Honkai Decor that follows up on its conclusion. For people who prefer something that can be watched rather than something that has to be read, there is an anime adaptation as well. Here are 10 things that you may or may not have known about Kuzu no Honkai:

Some people might be more familiar with Kuzu no Honkai under the name Scum’s Wish. Suffice to say that this is a pretty literal translation.

Kuzu no Honkai is considered to be seinen. This means that it is aimed at young adult males, though in practice, the term is loose enough that it can be used to describe people from their 20s to their 50s. Regardless, seinen tends to have more mature content than, say, shounen, but it should be mentioned that this can mean maturity in more than one sense of the word.

Square-Enix tends to be best-known for its video games. However, it is interesting to note that it is involved in other sectors as well. For proof, look on further than the fact that it publishes magazines, as shown by the fact that Kuzu no Honkai is published in its seinen magazine Big Gangan.

4. The Female Protagonist Is Hanabi Yasuraoka

The female protagonist is a high school student named Hanabi Yasuraoka. In short, she is in love with her homeroom teacher Narumi Kanai, with whom she has been friends since she was a child. This is because Narumi’s mother died when he was still a child, with the result that he often visited Hanabi’s home for meals.

5. The Male Protagonist Is Mugi Awaya

Meanwhile, the male protagonist is a high school student named Mugi Awaya. In his case, he is in love with the new music teacher Akane Minagawa, who was his home tutor for a time.

The two protagonist are capable of recognizing that the two teachers seem to like one another in a romantic sense. The truth of the matter is a bit more complicated than that, but the two protagonists are nonetheless unhappy because of their unrequited feelings.

7. The Two Protagonists Enter into a Fake Relationship

In their unhappiness, the two protagonists make a choice to enter into a fake relationship for the purpose of assuaging their feelings to some extent. They make a promise that neither one will fall into love with the other. Moreover, they make a promise to end their relationship immediately if either one of them has their feelings returned by the person that they are interested in.

8. It Gets More Complicated

The two protagonists are far from being the only people troubled by unrequited feelings. For example, Hanabi actually gets into a relationship with a girl named Sanae Ebato, though in the end, Sanae chooses to give up on Hanabi while still managing to remain friends. In turn, Sanae has an admirer in the form of a very supportive cousin, whose feelings she can’t return because she is interested in women rather than men.

Curiously, Kuzu no Honkai’s handling of romantic relationships is more mature than what one would expect. For example, the two protagonists don’t fall in love with one another. Instead, they end their relationship so that they can find someone that they can actually love. For that matter, both of them manage to get over the people that they are initially interested in, as shown by Mugi’s realization that he had idealized Akane to an unhealthy extent.

Besides a 12-episode anime adaptation, Kuzu no Honkai has received a spinoff manga called Kuzu no Honkai Decor as well. In short, said spin-off focused on Hanabi following the ending of the main series. However, it covered subsequent events for other characters such as Sanae as well. On the whole, Kuzu no Honkai Decor had a happier, more upbeat ending, which should suit people who are looking for that sort of thing at the moment.