Home
Television
Did You Know That All the Houses in Sitcoms Are Nearly Identical? 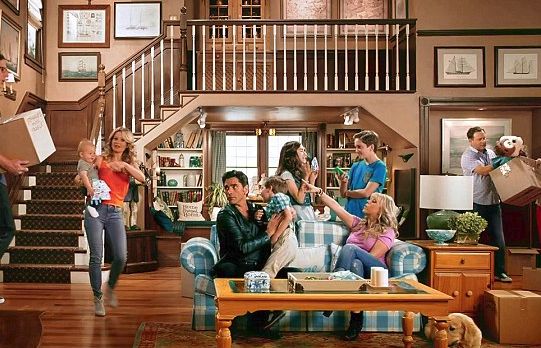 I’ll bet a lot of people have never noticed that all houses used in sitcoms are just about identical in how they’re formed and used. Your subconscious mind might have picked up on it but it’s not sharing anything more than the subliminal information that makes you feel comfortable with the familiar surroundings and construction.  Any show that tends to differ from this expected setup immediately becomes a challenge that will typically be met in however the viewer sees as appropriate.  The mind wants everything to make sense in an ordered and familiar fashion and when it doesn’t it will tend to compromise and go for whatever is familiar so that the viewer is able to take some comfort from what they’re seeing.

If you look at the actual construction of a sitcom set you’ll find familiar sights no matter which show you’re watching. The living room will almost be the central location, and if not it will be one of them. It’s the room where most people go to sit down, relax, talk, or even hash out family issues. In contemporary America it’s also where a lot of people still go to watch movies and TV. There will be a couch, coffee table, end tables, anything and everything that is needed to instill a sense of style that is taken from the show and can be identified as normal and expected by the viewers. Plus, the living room will be like a nexus within the house, a central point that has more than one entrance feeding into and out of it. 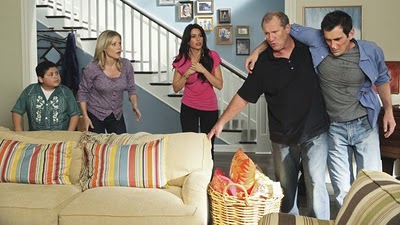 If the home is two stories the stairs will always be within the vicinity of the front door. This is for easy egress and of course for aesthetic purposes that only the designers and creators could possibly explain. For shows like Friends, which didn’t have a two-story apartment, the stairs are still located not too far from the door, giving an easy to and from the door. This formula is carried out so much that it’s hard to imagine that more people haven’t finally caught onto it. It’s such an easy pattern to figure out that going back and watching the many different shows you might wonder just how you didn’t see it in the first place. You did, but you were focused more on the show than on the flow of the house most likely.

I can name a couple of shows that stand out as oddballs that don’t follow this line of thinking quite the same way. Malcolm in the Middle had a very weird layout and their nexus point was usually the kitchen, not the living room. The kitchen of course had many points of egress from it so it does kind of follow the setup but not to a tee. Another show would be The Ranch on Netflix. The stairs are far away from the door, the kitchen is again the nexus point, as is the front porch really, and the show doesn’t really follow the pattern all that much since it moves around so often.