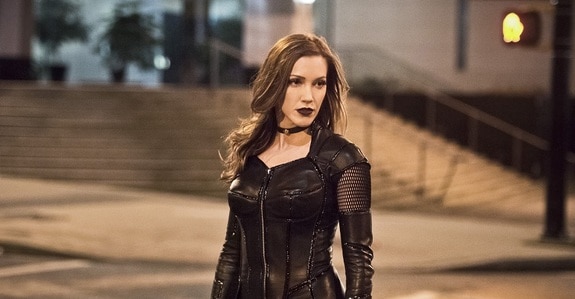 She once played Laurel Lance who died in season 4 as a regular but now Katie Cassidy will be coming back to the show as Black Siren.  For those who don’t know, Black Siren is Laurel Lance’s evild Earth-2 counterpart. While Cassidy’s character died in season 4, we still got a chance to see Cassidy in the season 5 midseason finale.   She’ll also be reprising her role in Episodes 22 and 23 of season 5.   In season 6 she’ll officially be a series regular again.

“One of the things that most excites us about Arrow is that we go where the story takes us,” said Arrow executive producer Marc Gugenheim. “Last year, the story took us to the tragic death of Laurel Lance. This year, our midseason finale reintroduced us to Laurel’s doppelgÃ¤nger, Black Siren. We were so taken by Katie’s fearless interpretation of this character that we knew her story was not yet finished. We couldn’t be more thrilled to welcome Katie back to Arrow as Black Siren, though as her appearances on Arrow and DC’s Legends of Tomorrow this season show, she never really left the family.”

Once we have a sense for what the plot will be for Black Siren we’ll keep you posted.  However, fans of Katie Cassidy should certainly be excited about this news, and costume she’ll be wearing in future episodes.