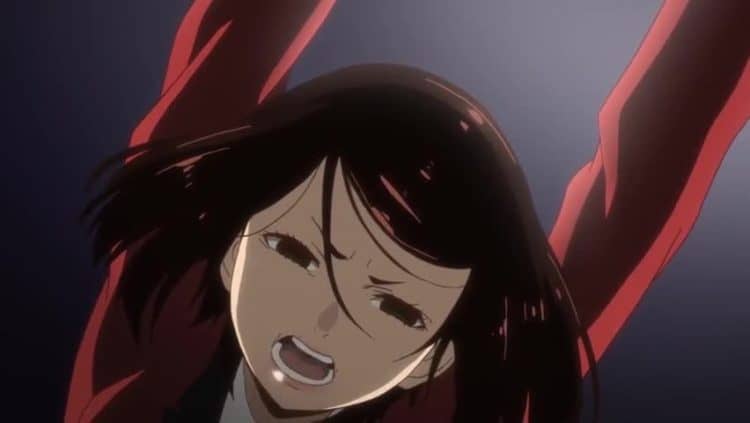 What’s known about Kakeguirie: Compulsive Gambler isn’t a lot unless you’ve read the manga and watched the anime. From the trailers and the reviews you can guess that like a lot of anime it features a great deal of sexualized content and adult situations that you probably wouldn’t want young kids watching. However if you’re into gambling and/or higher education then this series might interest you. In many ways it’s an extreme look at both subjects that might make your eyes widen and your jaw drop. If nothing else it’s an interesting show for those that can handle it and something that might be appealing for those that like shows that are kind of close to being fringe and just don’t care since that’s how they’re designed. Watching this show is something you might want to consider as part of your Netflix and Chill nights.

Here are some things you might want to know about it.

10. Yumeko gambles for the thrill.

While the rest of the students are ready to bet and bet big in an attempt to make their future the lead character is there due to the need to gamble and nothing else. She’s there to get an education but it seems to come secondary.

9. Yumeko is able to see past the scams that are devised.

The lead character has an uncanny knack to see past the glitz and glam that is offered as a way of distracting gamblers/students from making obvious mistakes and losing out. This of course puts her on the radar of the person running the place.

8. The hierarchy is designed to make ‘pets’ of those that can’t cover their debts.

If you can’t pay your debt then you’re bound to be forced to pay it off someway by creating a life that those you owe demand. In other words if someone has you in their pocket you might not be getting out.

7. The school hierarchy is dependent upon contributions.

The more a person can contribute to the school the more chances the student gets to make their own life and to possibly pay off whatever debts they owe. This is the only way to make certain that one has a life outside of school.

As far as education goes in this place there’s no real learning other than the supposed odds that go into each game and how lucky one will have to be to beat those odds on a routine basis if they don’t want to land in debt.

It hasn’t been out all that long but it does seem like a compelling program that might deserve some attention. The only caution would be to avoid letting younger kids see it since it does deal with adult situations.

4. A live-action drama was created.

Not much has been heard about it but there’s a good reason to think that it might not have been as popular as the anime since in truth anime is one of the most popular mediums to ever come around.

3. The manga has sold over 4 million copies.

Obviously people love the story and honestly it’s not hard to imagine since the idea of gambling and making it into a habit is something that a lot of people can relate to. Plus the story seems compelling enough to hold one’s attention for a while.

The story isn’t brand new obviously but it’s not one of the older ones either since it came out just several years ago. You can imagine that the animation might have changed only slightly during that time since four years as opposed to thirty isn’t a great deal of time in which to change routines.

It could be due to the content or the subject matter but anime tends to get looked at in a much harsher light sometimes for several reason, among them being the fact that a lot of the characters are quite sexualized and don’t seem to be much more than caricatures of real people. Of course this is how anime usually is and it’s what people have grown used to.

This show looks a little nuts from the offset but all in all it might be interesting enough to sit through one episode and then attempt to pass judgment on it rather than do so without ever having seen it. The show deserves a chance at least to prove to people that it does have something worth watching in it. For many fans that proof has already been shown and they’ve loved it. The critics are the ones that usually don’t love something that the audience does, but then critics tend to endorse films and shows that a lot of people think are horrible too.