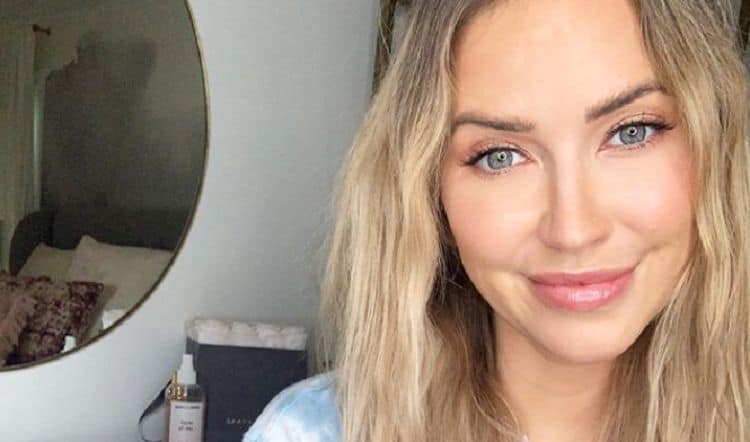 Since airing its debut episode in 2003, The Bachelorette has become a phenomenon. Each season, millions of viewers tune in to see an attractive young bachelorette take a shot at love. Unfortunately though, what happens behind the scenes on the show isn’t always as beautiful as what is shown on screen. Kaitlyn Bristowe’s experience on the show is proof. Kaitlyn, who appeared on  season 11 of The Bachelorette, has since opened about her experience on the show, and it wasn’t as positive as many viewers initially thought. Continue reading for 10 things you didn’t know about Kaitlyn Bristowe.

1. She Loves To Sing

Kaitlyn has always loved to sing, but for a while she was nervous about sharing her talents with the world. Recently, however, she overcame her fear and released her debut single, “If I’m Being Honest”.  The single has been a huge success and has reached the number two spot on the iTunes charts.

2. She Struggled With Depression On The Bachelorette

Being The Bachelorette seems like the opportunity of a lifetime, but it wasn’t all glitter and gold for Kaitlyn. She has recently opened up about how being on the show caused her to sent her into a period of depression due to the scrutiny and constant negativity that came with being on the show.

Her reality TV days may be over, but that doesn’t mean that Kaitlyn is gone from your screen forever. She has recently launched a new YouTube channel that will feature a series of content called 9 to Wine. The show will feature an unfiltered behind the scenes look at Kaitlyn’s life. The channel has been active for less than a month, and she already has nearly 14,000 subscribers.

Ice cream is one of the most popular dessert options – partially because it goes well with almost everything. From cakes to pies to cookies, ice cream is typically the perfect finishing touch. Not for Kaitlyn Bristowe, though. She doesn’t like ice cream at all. Instead, her favorite dessert is chocolate sticky toffee pudding.

Kaitlyn is all about creating content that engages her fans. In addition to her social media presence and her YouTube channel, Kaitlyn also has a blog where she shares tips and stories from her daily life. In addition to the blog, Kaitlyn’s website also sells merchandise.

6. She High Five’s Herself

Having a positive mindset can get you a long way in life. Although it can be great to surround yourself with positive vibes from others, sometimes in life, you have to be your own hype man. Every day when Kaitlyn looks at herself in the mirror, she gives herself a high five as a way to get her day off to a positive and energetic start.

7. She’s Feels Most Beautiful Around Her Loved Ones

When you’re on a show like The Bachelorette, most people are only concerned with what’s on the surface. It can be easy to get caught up in superficial opinions and lose sight of what really matters the most. Although this is something Kaitlyn had to deal with, she has come a long way. When asked when she feels most beautiful, Kaitlyn simply said, “I feel the most beautiful when I’m just around people that love me.”

Kaitlyn is the creator and host of the Off The Vine Podcast. According to the show’s description, the podcast is meant to be “a space where girls (and gents) can feel empowered to be themselves… because there’s more to life than Instagram, right? Kaitlyn isn’t afraid to keep it real as she talks with her amazing guests! Get ready for lots of laughs, candid convo, taboo topics, unfiltered advice, and wine… lots of wine!”

9. Her Favorite Movie Is About The Beatles

As a singer herself, it comes as no surprise that Kaitlyn is also a big music fan. Her favorite movie is the 2007 film, Across the Universe. The fictional film is centered around some of the most famous songs by The Beatles.

10. She’s Crazy About Her Dogs

Kaitlyn is definitely a dog lover and she takes her role as a pet parent very seriously. She has two cute golden retrievers named Pinot and Ramen and she loves hanging out with them whenever she can. Pinot and Ramen have a joint Instagram account and already have 222,000 followers.