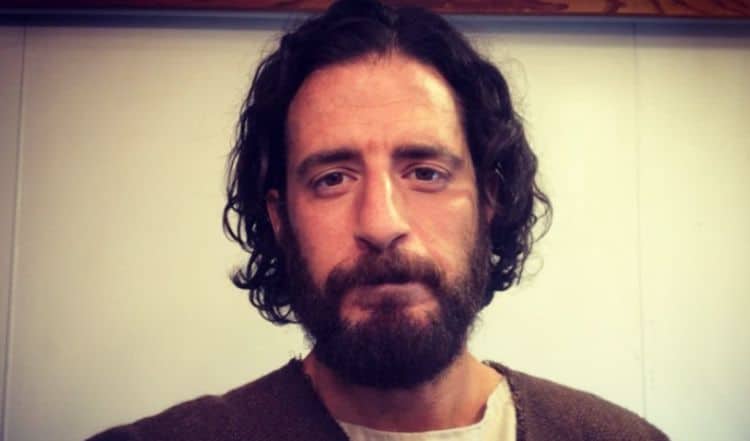 The entertainment industry can be an overwhelming place, but Jonathan Roumie’s faith in God has helped him navigate the ups and downs of professional acting. Over the years, Jonathan has worked hard to build a long career, and he’s done just that. Although he’s had dozens of on-screen appearances, his big break came in 2019 when he was cast as Jesus Christ in the TV series The Chosen. Through the role, Jonathan has been able to share his talent with countless people and his fan base has grown significantly. Now that the show is back for its second season, everyone is excited to see Jonathan back in action. Keep reading to learn 10 things you didn’t know about Jonathan Roumie.

Jonathan was born and raised in the suburbs of New York and he comes from a very diverse background. His mother is Irish and his father is from Egypt. Jonathan feels connected to both cultures and he is proud of the things he’s learned from each of them. It’s unclear if he still lives in New York.

We weren’t able to find any information on what led Jonathan to discover his love for acting, but by the time he was a teenager, it was clear that he planned to follow a creative path. After high school, he enrolled at New York’s School of Visual Arts where he earned a degree in filmmaking.

3. He Loves Connecting With Fans

There are tons of celebrities who have gotten a lot of flack over the years for the way they treat their fans, but that won’t be a part of Jonathan Roumie’s story. He has nothing but love and respect for his fans and he regularly uses social media as a tool to connect with them.

Jonathan has spent the majority of his career in front of the camera, so that’s what most people are familiar with. However, many don’t know that he’s also ventured behind the camera. In 2006, he made his debut as a writer and producer with a TV movie called Oh! Be Joyful! He also produced a short film in 2015 called Heat Wave. It wouldn’t be surprising if he decided to do more behind-the-scenes work in the future.

5. He’s Been In Video Games

If you thought live-action work was the only thing Jonathan has done over the years, it’s time to think again. Jonathan has lent his voice to more than a dozen video games over the years. Some of his most notable titles include Fallout 4, Call of Duty: Black Ops 4, and Lost Planet 3.

It’s no secret that Jonathan’s faith is very important to him and he is a very proud member of the Catholic church, but that wasn’t always the case. According to Hollywood Mask, “he was raised as an orthodox as per his family’s tradition and embraced native ethnicity.” He eventually made the decision to convert to Catholicism which is the faith his mother was raised in.

Watching Jonathan in The Chosen isn’t the only way to see him do his thing. He also has a YouTube channel where he uploads a variety of content. At the moment, Jonathan’s channel has just over 4,500 subscribers and his videos have gotten a total of more than 44,000 views.

8. Playing Jesus Made Him A Better Person

Every actor has at least one role that has left a lasting impact on their life. For Jonathan Roumie, Jesus Chris has been that role. During an interview with Fox News, Jonathan said, “I always say that playing Christ has just made me a better version of myself because I aspire to greater things, to a moral high ground than prior to playing him.”

Throughout his career, Jonathan has remained very private about his personal life. He has never openly discussed any of his romantic relationships, but apparently, there is some information to suggest that he is married. Hollywood Mask reports that there was a wedding registry with Jonathan’s name that suggested he married a woman named Hannah in the summer of 2020. The registry has since been deleted.

10. He Was In Celebrity Deathmatch

Video games aren’t the only place where Jonathan has put his voice acting skills to good use. One of his earliest voice acting roles was in the popular animated series Celebrity Death Match. He worked on the show between 2000 and 2002 and during that time he voiced several well-known celebrities including Mike Myers, Russell Crowe, Tony Danza, and David Arquette.