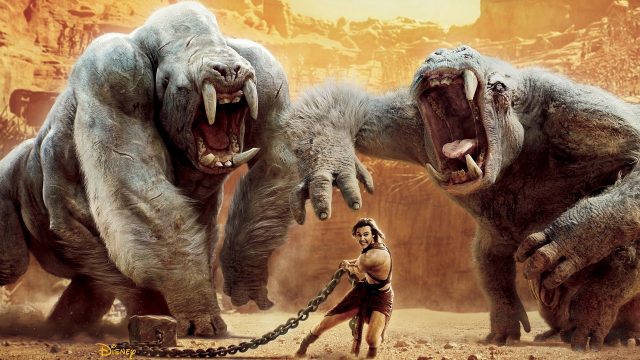 If you ever watched John Carter you might have thought the movie was worth a look. In truth it was a lot better than many critics seemed to think. It was original in other words, and since people tend to take a dim view of things that they don’t know and can’t predict it was regrettably trashed and left to linger in cinema limbo for being something that people didn’t understand.

This is the dilemma of Hollywood really. The story lines that people come up with could be some of the greatest stories in the world, but unless they’re marketed in the right way there’s really no chance that people are going to make an informed decision that will help them to decide whether or not they want to go sit for two hours or less to watch a movie. If they feel they can’t trust the marketing gimmicks and aren’t clued in enough to what the movie is about then there’s really not much of a chance that the movie will be a hit all because no one wants to take the risk.

John Carter however was a fairly good movie largely for the core reasons that people seem to forget about. To start with it was about a Confederate soldier that had lost his family during the war and was attempting to just go on with his life. He’d been captured by Union soldiers and was on the run after escaping when he was inexplicably transported to Mars. There he found that he was far more powerful than he’d ever been and eventually had something to fight for again. A lot of people simply saw the Mars setting and began to make allegations that it was another scifi movie and didn’t pay it much attention.

The problem with this is that assumptions were made about the movie early on and essentially killed any chance it might have had at the box office. When there’s no faith in the movie from the beginning then there’s no real chance that it’s going to suddenly become everyone’s favorite film just because the marketing shifts towards a more favorable way to present it. To be honest John Carter didn’t get a fair shake right from the word go because the marketing was horrible. There was almost no buzz about it, no fanfare, and no explanation of what the film was really about. The average film has people making dozens of predictions and theories in the current era, but when John Carter came out there was barely a peep.

Honestly it’s a much deeper story than a lot of people seemed to think and was much more involved than it seemed. The film had a lot to do with redemption and took the main character through the kind of development that most people like to see. But again, there was little more to the trailers than the science fiction aspect that made it seem like just another alien movie. That was what killed it even though it was worth the time to watch.