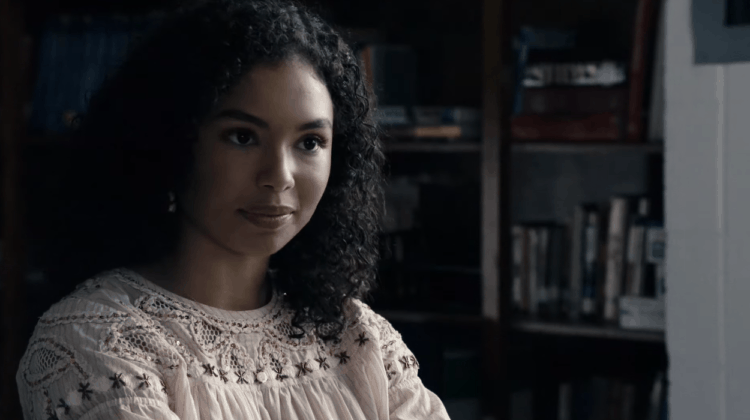 If you’re wondering who you’re looking at then it’s possible you haven’t heard much about Jessica Sula just yet. That’s not hard to believe despite her current place in the industry and her rising star as she’s a known celebrity in some circles. Keeping up with everyone at this point in the industry is kind of an arduous task even for the most zealous of reporters, journalists, and even opinion writers so it’s easy to think that audience members might lose track now and again. But she is making her way forward like several others in show business, racking up credits and finding herself cast in various projects as her career continues to move along. At this point those that know the most about her and the things she does would be those following her on social media, but that could change quickly with the right role that allows her to be broadcast to a wider audience.

You’re trapped by a man that has various different personalities stuck inside his head, he cycles through them on a crazed internal design that you couldn’t possibly know, and you have no idea where you’re at as you try to escape. It’s not a very well-thought out plan to run, but it was that or nothing apparently.

It could be said that she hasn’t don’t a lot compared to people that have been in the business for a while but then again she’s been working steadily so far in order to keep her reputation up and to keep her career moving forward. She might still be kind of a rookie by comparison but she’s not unskilled.

8. Her following on social media is fairly large.

One thing you can count on with teenage fans and those that like to see new faces come on the scene is that they’ll find interest in those that are new, up and coming, and show some sort of promise when it comes to a career in front of the camera. It’d be interesting to know how the number of fans celebrities have in this day and age compare to those in the decades past before technology allowed for a following on social media.

In a way it might make other people feel as though they’ve done very little in comparison to young folks that are creating a career such as this, but then one has to think that for every successful person in Hollywood there are hundred more that tried but didn’t make it. So she’s one of the skilled, lucky few that earned her spot to be honest.

6. She had a main role in the TV version of Scream.

There were a least a few people that had no other option but to be skeptical about a journey to the small screen for Scream since it had reached a point in the movies where it was as close to possible to B status. But on TV people seemed to like it initially, though it doesn’t seem to have done much no matter what critics want to say.

5. She was on Recovery Road.

Any series that deals with addiction and teenagers is kind of walking a thin line as it tends to be a sore subject with some and not interesting enough for others. She played the role of a young woman that was trying to juggle an addictive lifestyle with her regular high school life and obviously it didn’t always work out.

4. She was worried that she wasn’t going to make the audition for Skins.

For whatever reason she didn’t have a lot of confidence going into the audition and fully thought that she was going to lose the part she was going for to someone else. However, she was cast and things worked out just fine.

3. She likes to keep her personal life as private as possible.

More and more celebrities seem to be doing this and to be honest it’s great to see since the idea of making someone’s life a headline and then allowing others to make false assumptions about them is a bit irritating. It’d be better for celebrities to actually have a truly private life away from the cameras.

2. She was almost arrested on set.

For one of the projects she was working on she had act as though she was shoplifting. The downside of this was that she was caught by actual security guards and almost arrested until the producers stepped in and vouched for her. It might be a good idea to notify EVERYONE that could be around the set that day.

1. She starred in Godless.

Something about today’s westerns, be they movies or TV shows, feels a lot different than the ones of decades before. It could be the added edge or just the advancement in filming techniques, but it’s just different.

Jessica Sula could be primed to make a big run one day, just watch and see.