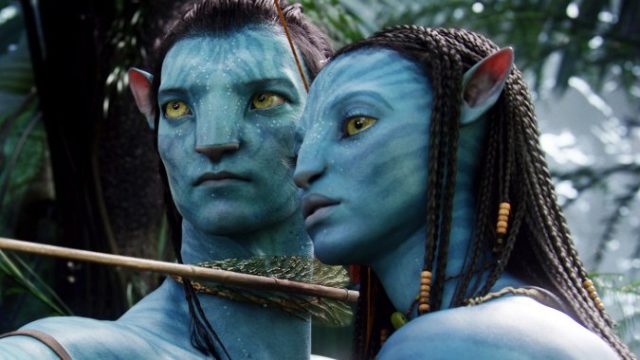 Avatar came onto the scene in 2009 and completely blew up the box office.  The film would go on to make $3 billion worldwide cementing it as one of the most profitable movies of all-time.   Shortly after the massive success of Avatar, its Oscar-winning director James Cameron announced there would be numerous sequels.

Avatar 2 was first announced to be released on December 25, 2017, and was then delayed to December 2018 – however, Cameron has officially revealed that the sequels will be delayed yet again and won’t come out anytime soon.

While we have Cameron’s statement below I have a theory on the delay.  I’m 100% convinced it’s related to the Pandora Theme park.   Remember how we talked about this park potentially being a huge spoiler for the films?  Do you think it’s possible that Cameron is making changes again?

“Well, 2018 is not happening. We haven’t announced a firm release date. What people have to understand is that this is a cadence of releases. So, we’re not making Avatar 2, we’re making Avatar 2, 3, 4, . It’s an epic undertaking. It’s not unlike building the Three Gorges dam. So I know where I’m going to be for the next eight years of my life. It’s not an unreasonable time frame if you think about it. We’re full tilt boogie right now. This is my day job and pretty soon we’ll be 24-7. It’s pretty exciting stuff. I wish I could share with the world. But we have to preserve a certain amount of showmanship and we’re going to draw that curtain when the time is right.”

Eh, this delay is already doing too much showmanship.  I can’t believe how much “marketing” is already going on around these films.  Do you think they can gross $50 billion in total?  I do.