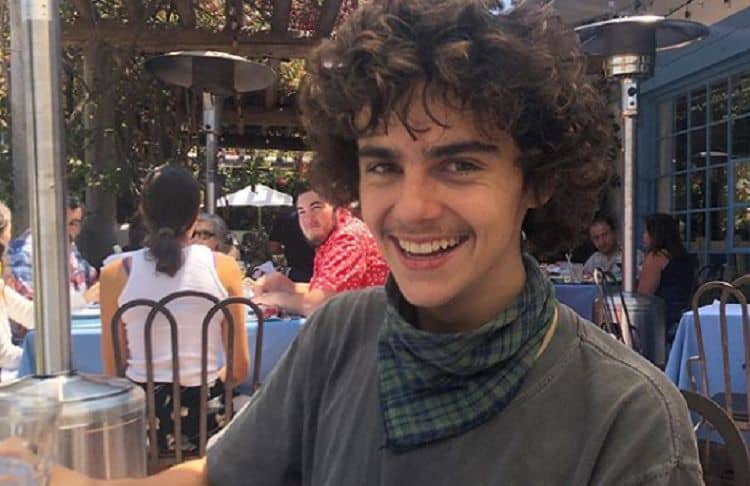 Being a child star isn’t always easy, but Jack Dylan Grazer has managed to make it look like a breeze. The unproblematic young star made his first on screen appearance in 2014 and he has been on the up and up ever since. Even though he’s only 16-years-old, he has already worked with some of the biggest names in the industry and won two awards in the process. He is best-known for his role both It and It Chapter Two. He is currently in the process of bringing us even more of his awesome work. His role in the upcoming miniseries, We Are Who We Are, is highly anticipated. Keep reading for 10 things you didn’t know about Jack Dylan Grazer.

1. He Sponsors A Scholarship At His Alma Mater

Jack loves acting so much that he’s passionate about helping others achieve their dreams too. He is a graduate of the Adderley School in Texas where he sponsors a scholarship for two students each year. He told The Glass Magazine, “I want children who don’t have the money or the opportunities and who want to perform and let out their inner shining star to have that accessibility to their dreams. It is also a goal of mine to give to every child that wants to perform a chance to experience what I experienced at the magical Adderley School itself!”

2. He Loves To Skateboard

Dylan loves to act, but like everyone else, he needs a from work to rest and recharge. When Dylan isn’t on set or rehearsing for a new role, you can usually catch him skateboarding. He is an avid skateboarder who has been sharpening his skills for several years.

3. He’s An Ambassador For Stomp Out The Bullying

Dyan is a strong advocate against bullying. In 2019, he became a global ambassador for the organization, Stomp Out Bullying. According to its website, Stop Out Bullying “is the leading national anti-bullying and cyberbullying organization for kids and teens in the U.S.”

4. He’s Always Wanted To Be An Actor

There are plenty of people who live their whole lives without never really knowing exactly what they want to do. That’s one problem Jack Dylan Grazer is lucky enough not to have. He fell in love with acting at an early age and it didn’t take long for him to realize that it’s what he wanted to do for work.

5. He Already Has His Dream Roles In Mind

Jack has gotten lots of amazing opportunities in his career so far, but he’s already thinking about the types of roles he would like to play in the future. When it comes to his dream role, there are actually a few he has in mind. In his interview with The Glass Magazine, he said, “I would very much like to do a dramatic period piece or a biographical film of someone and maybe try going method for a movie.”

6. He Likes To Shoot Films With His Friends

At the moment, all of Jack’s professional experience is in front of the camera, but there’s a good chance he’ll decide to get into directing at some point down the line. He is a highly creative person who enjoys creating and recording short video projects with his friends.

Los Angeles is the city that every actor dreams about living in at some point. Not only is the weather beautiful, but it’s the perfect place to find opportunities in acting. Fortunately for Dylan, he was born and raised in the area. He still lives there today and hasn’t discussed any plans to relocate.

Dylan was exposed to the life of an actor at a very early age thanks to his father, Gavin. Although Gavin isn’t a household name, he has a solid resume that includes appearances in movies like American Gangster and Cinderella Man. Dylan’s uncle, Brian, is also involved in the entertainment industry. He is a well-known producer and the founder of Imagine Entertainment.

9. He Started A Clothing Line

Dylan’s creativity isn’t just exclusive to things related to acting. He also likes to draw and as a result came up with some designs for his very own clothing line called Dull Boy Doodlez. The line consists of hoodies and t-shirts, but unfortunately everything is sold out at the moment.

Acting has given Jack more opportunities than he could have ever imagined. In addition to making him a star, acting has also given him a chance to see the world. He has done a good bit of traveling over the years and has visited places like Brazil and Spain.