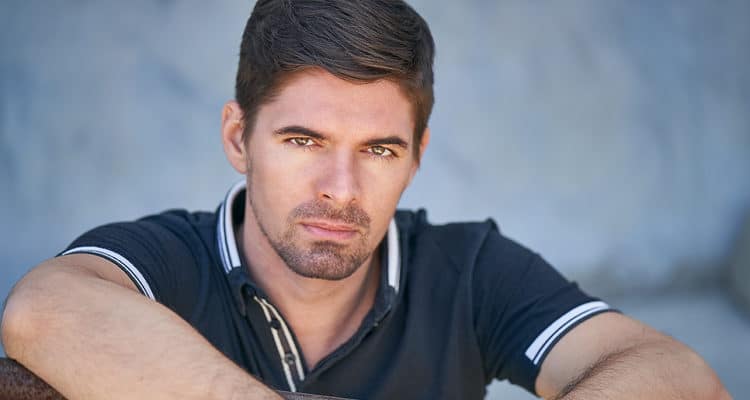 Massimo Dobrovic is an international Istrian, Italian actor known for his extensive acting career in Europe and the United States. He speaks 5 languages fluently and uses these languages in his acting roles. He has over 40 filmography credits to his name. In addition to his acting roles in “Nocturna”, “Mercenary: Absolution”, “Navy Seals vs. Zombies” and “Age of the Living Dead”. Massimo appeared as himself in Bravo’s “Euros of Hollywood” television series. Read below to learn more about Massimo…

1. Massimo Dobrovic is a spokesperson and ambassador for the United World Colleges Organization

Massimo Dobrovic was awarded a scholarship to represents his country at the United World College of the Adriatic where he graduated with an IB diploma, before he was awarded a second scholarship at the American Academy of Dramatic Arts. UWC (United World Colleges) is a global education movement that makes education a force to unite people, nations and culture for peace and a sustainable future. Central to the ethos of UWC is the belief that education can bring together young people from all backgrounds on the basis of their shared humanity, to engage with the possibility of social change through courageous action, personal example and selfless leadership. To achieve this, UWC schools and colleges all over the world deliver a challenging and transformational educational experience to a deliberately diverse group of young people, inspiring them to become agents of positive change in line with UWC’s core values:

UWC college students are selected domestically, in more than 155 countries, through UWC’s unique national committee system. Selection is based on demonstrated promise and potential. In accordance with the UWC ethos that education should be independent of the student’s socioeconomic means. Lack of access to education is a major issue affecting young refugees, internally displaced and persecuted people. They are five times more likely to be out of school than more fortunate young people. Refugee communities need future leaders with strong abilities, social consciousness and drive for peace and reconciliation. For many years UWC has educated refugees from conflict hotspots like Syria, Palestine, Yemen, Western Sahara, Sudan, South Sudan, Somalia, Afghanistan, Iraq, Pakistan, Tibet, Colombia and Guatemala. Students in the IB Diploma years come also from a refugee, displaced or persecuted background and benefit from full scholarship provision at one of the 17 UWC schools and colleges. In light of the dramatic escalation in the number of young displaced people fleeing conflict, persecution or environmental disaster, combined with the need for future post-conflict leadership, there is an urgent need to further increase the number of refugee students being granted access to a world-class school education at a UWC school or college. This is why UWC launched the UWC Refugee Initiative, which aims to raise the funds for an additional 100 scholarships per year for refugee students from 2017 onwards. The 100 scholarships will be allocated across UWC’s 17 schools and colleges. Additionally, and in light of the recent developments in the US, UWC Mostar, in Bosnia-Herzegovina has decided to extend scholarships to refugees and students from all seven nations affected by the US immigration ban. The UWC Refugee Initiative is supported by UNHCR, the UN Refugee Agency. UNHCR is supporting UWC by providing authoritative guidance on refugee policy, technical advice and helping to promote the scholarship program among refugee communities and relevant stakeholders.

2. Massimo Dobrovic belongs to a minority within a minority.

Massimo Dobrovic was born within an Italian Family in Croatia, a National minority in Croatia called Istrian-Italians. Istria had been annexed to Italy after World War I. At the end of World War II the former Italian territories in Istria and Dalmatia became part of Yugoslavia by the Treaty of peace with Italy, the only exception being the Province of Trieste. The former territories which became part of Yugoslavia are part of the present-day Republic of Croatia and Republic of Slovenia. Since the dissolution of Yugoslavia, a significant portion of the population of Istria opted for a regional declaration in the census instead of a national one. As such, more people have Italian as a first language. The number of people resident in Croatia declaring themselves Italian almost doubled between 1981 and 1991 censuses. Between 1943 and 1947, the exodus of Italian from Istria was bolstered by a wave of violence taking place in Istria, known as the “Foibe massacres”. Some Italian sources claim these killings amounted to ethnic cleansing, forcing Italians to emigrate out of Istria. These events were triggered by the atmosphere of settling accounts with the fascists; but, as it seems, they mostly proceeded from a preliminary plan which included several tendencies: endeavors to remove persons and structures who were in one way or another (regardless of their personal responsibility) linked with Fascism, with the Nazi supremacy, with collaboration and with the Italian state, and endeavors to carry out preventive cleansing of real, potential or only alleged opponents of the communist regime, and the annexation of Julian March to the new SFR Yugoslavia. The initial impulse was instigated by the revolutionary movement, which was changed into a political regime and transformed the charge of national and ideological intolerance between the partisans into violence at the national level. The Italian historians suggest numbers reaching up to 20,000 killed or missing.

Massimo’s Italian family stayed and battled for their Italian rights in Istria during the Foibe massacres and during the Ex-Yugoslavia war; until he was immigrated permanently to Rome, Italy. Istrian Italians are an ethnic group in the northern Adriatic region of Istria, related to the Italian people of Italy. Historically they are descendants from the original Latinized population of Roman Istria, from the Venetian-speaking settlers who came to Istria during the time of the Republic of Venice,. Today, as a result of the Istrian exodus, the majority of Istrian Italians live outside of the Istrian peninsula. In its 1996 report on ‘Local self-government, territorial integrity and protection of minorities’ the Council of Europe’s European Commission for Democracy through Law (the Venice Commission) put it that “a great majority of the local Italians, some thousands of Slovenes and of nationally undefined bilingual ‘Istrians’, used their legal right from the peace treaty to ‘opt out’ of the Yugoslav controlled part of Istria”. In several waves they moved to Italy and elsewhere (also overseas, mainly in the Americas) and claimed Italian or other citizenship.

But Massimo is also part of the LGBTQ minority, so he always felt a minority within a minority. In Italy and Croatia same sex marriages are not recognized. Only last year Italy has recognized civil unions but he met his longtime partner Paolo De Angelis 11 years ago in Rome, playing tennis and wanted to get married in Palm Springs, California in 2016, where the couple resides now as well. Massimo and Paolo split their time between their homes in Rome, Los Angeles, Palm Springs and Croatia.

Where his grandpa who died 5 years ago has always cultivated the family tradition and passion about Istrian unique wines. Since his grandfather passed away he wanted to transmit the family passion for wines to a global level and bring Massimo Wines to worldwide presence which his family has dedicated their lives to with extreme care, love, passion and dedication. Istria has indigenous grapes and the production of unique wines varietals such as Terrano, Malvasia and Moscato have begun to grow immensely within the last couple of years. This year for the first year Massimo was able to bring to the USA and the rest of the world, the wines that he feels too passionate about representing his minority and his origins.

4. Massimo Dobrovic has moved 11 times while attending the American Academy of Dramatic Arts.

Even though after the completion of the United World College and after he has been awarded a scholarship at the American Academy of Dramatic Arts, he still had to work two or three jobs while completing his Associate of Arts at the Academy and being able to pay rent and survive in Los Angeles. For this reason during his years at the Academy, Massimo had to move 11 times. He lived in every single suburb in Los Angeles in a two year period. The reason for this is because he had to get a different and more affordable place to live every couple of months based on his current financial situation and day job that he had in that very moment. Some months he would struggle to make it to the end of the month, to pay rent, to have food or being able to get a car or put gas in it. After struggling economically and financially immensely during his Academic Education and after having lived in neighborhoods from Highland Park to South Central, East LA, The Valley or others, he felt very proud when he was offered a recurring role in a minor Soap Opera for one season in his hometown, Rome, Italy.

5. Massimo returned to the USA as a working actor in 2012

When he starred in a TV show for Bravo and right-after starred in over 35 movies and television shows, most of the movies and television shows are available on Netflix, Amazon and other digital platforms. He believes in passing generational values from generation to generation. He is extremely grateful for his career and for having the opportunity to work with his idols in many movies, learning from other fellow actors, directors, producers. Massimo has also returned to the American Theater, soon making his debut in Green Acres the Musical. He has two mini-series in the works called Age of the Living Dead and Feel the Dead and two brand new movies coming out called Nation’s Fine and Secrets of Karma.