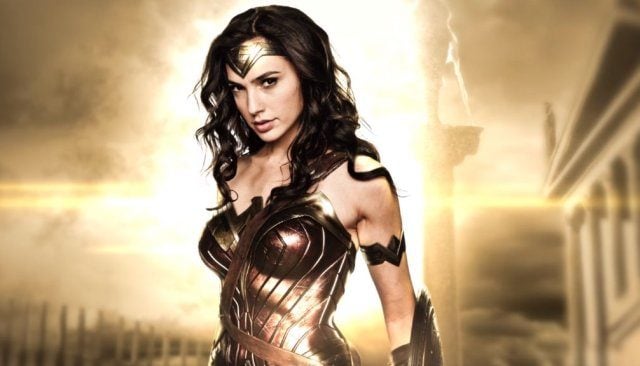 Wonder Woman’s been getting its share of attention today and it’s well deserved.  It’s drawing rave reviews but there’s something I read today that I find to be not necessarily troubling but let’s call it “obvious.”  Director Patty Jenkins is drawing parallels between her vision of Wonder Woman and her fellow DC Comics icon Superman.  She was quoted as saying…

For her big screen interpretation of Wonder Woman, with Gal Gadot starring in the title role, Jenkins tell the LA Times that it was never her intention to take the character in a direction that fans were familiar with – but to stay with the basic fundamentals of the character because of her inherent goodness, akin to the Man of Steel. Jenkins says:

“[There’s] been a fear that you needed to go harder in some direction to make [Wonder Woman] interesting. And I was always confused by it. You could go out on Halloween, even now, 75 years later, and there’s a good chunk of people dressed up as Wonder Woman. She’s pretty simple. She is like the parallel of Superman. She’s good, she means well, she’s kind, she’s loving.”

And now it’s time to dissect this.  There’s one key line that Jenkins is missing here.  Wonder Woman is hot, as in really hot.  We cannot ignore the fact that Gal Gadot is wearing an extremely revealing outfit, is absolutely gorgeous, and 99% of the men watching this film want to see Gadot in her Wonder Woman suit.  That’s not the sexist in me talking.  That’s the man in me talking.  It’s just science.

Here’s what really frightens me and it’s hard to call it anything other than hypocritical.  I feel like “girl power” these days in many instances is an excuse to dress really really suggestively.  Look at Ariel Winter.  Her whole entire message and excuse for wearing revealing outfits on her Instagram page is that she “doesn’t care what you think” and that you should be “proud of your body.”  These are all great messages but is it really saying “you should be proud of your body as long as you’re hot?”  I’m guessing there are feminists out there who can’t stand Winter’s Instagram page and there are those that love it.   Let’s be real people.  Winter poses suggestively and posts those pictures for attention and more fans and because she likes said attention.  She’s not doing it because she’s so proud of her body.  Would Winter be posting these images if she put on 50 lbs?  Not a chance.   Sure this is just my opinion but I feel very strongly about it.

It’s a topic of debate we need to discuss.  If Wonder Woman is a parallel of Superman does this not mean we happen to love Superman but if he was a “hot chick” we’d like him way more?  If Gadot’s outfit in Wonder Woman wasn’t so revealing would we like this movie less?  If Gadot wasn’t so gorgeous would we like this movie less?  I guarantee you ticket sales would be lower had a less attractive female been cast in the lead.

I don’t see any Instagram pages of what society would consider “unattractive” people getting as many followers as Ariel Winter.  And let’s bring up Ashley Graham.  Come on folks.  She’s HOT.  She may not be a tiny waif but Ashley Graham is gorgeous and has a pretty symmetrical body, even if it’s “bigger.”   Graham is one of the poster people for being “proud of your body” but I think we overlook just how good looking Graham is.   Where is our “normal” looking savior?  So far none exist (unless you count Ron Jeremy but is he “normal?” hardly).