Home
Movies
Is There Ever Going to be an Inside Out 2? 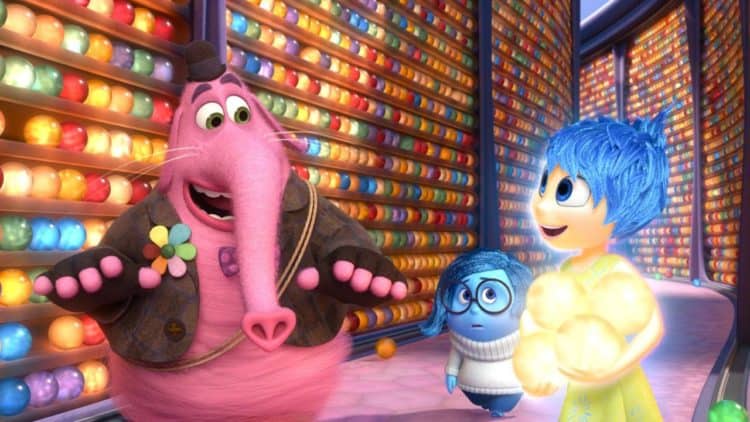 Adults and kids alike should be able to admit that Inside Out was a great look at what goes on inside of our heads every now and then, but the cute version that was given in the movie is likely simplistic and kind of basic compared to what a lot of us might think is happening. It worked in a big way for the movie though since it created a story that a lot of people can relate to from their childhood years, at least in part. It’d be kind of interesting, but no doubt tragic, to see what might lie in the head of a child that’s been abused or traumatized, as many people might have already figured. Riley is more or less a well-adjusted kid that has what many people would call basic, ‘normal’ emotions that a lot of people can relate to, which comes from having a mother and father in the home and a healthy upbringing that has its share of triumphs and defeats. But when she’s uprooted from her home in Minnesota to live in San Francisco it’s understandable that her emotions would be all over the place since a move across the country like this, from everything she’s known and enjoyed, is enough to upset anyone. Adults are often unsettled by such moves as well, especially if they’ve lived in one place their entire lives. But as the movie indicates, it’s a process that needs to be understood and comprehended over a period of time, no matter how long or short. The idea of an Inside Out sequel might be the same way since there’s no telling if a sequel could come along at any given point, even if there’s every chance that it could happen.

There’s plenty of material to work with since going inside the mind of just about anyone in the movie would be a serious amount of insight to the audience as to the difference between the mindset of those in a certain age group. We already had the chance to see this in the first movie since we went from Riley’s head to those of her parents, who were wildly different since sadness dominated the mother’s mind, and anger dominated the father’s. That might have felt like a bit of commentary on the mindsets of men and women, but it was definitely offset by the idea that Riley’s teacher had joy as her dominant mood, while the clown in the story, who was also a male, was also joy-dominant. The idea of which emotion managed to take control of Headquarters in each person’s mind is likely to either shift with age it would appear or is simply predetermined but doesn’t necessarily stand out as the dominant emotion that rules the individual. Otherwise, the father might have been in a sour mood most times, while the mother would have been undeniably depressed since continual sadness does have this effect on people.

If a sequel ever does materialize it feels as though it might be a good idea to push the timeline a ways further, to the point that Riley is a grown woman with her own family, or is perhaps pregnant and going through the maelstrom of emotions that tend to happen when women’s hormones are a bit wonky. Anyone that’s been through a pregnancy or two with their spouse/partner knows that this is a very uncertain time since it’s very true that hormones can do a number on someone’s emotions and either send them entirely out of whack or increase their potency to such a level that anger would be nearly atomic within one’s mind, though it does depend on the individual as to how intense these emotions will get. Focusing on this part of Riley’s life might be interesting since it could bring in the father of her child, as well as the continued evolution of her parents and their emotions as they watch their daughter going through this period of her life. It might be deemed as kind of controversial in some way by some people, but at the very least it feels as though it would be kind of like watching things come near to full circle for the family. When thinking of how this could continue to teach people the lessons that such movies attempt to try and push, it would be one that a lot of people could likely appreciate since it’s another part of life that a lot of people have to deal with at some point. Plus, it could be a fitting cap to the first movie since it would take the audience along Riley’s life to the point where it would change in a very meaningful way.

Sadly it’s likely to be a long time before we get this movie if it happens, but thankfully it’s still possible to watch the first movie on Disney+ anytime we want.