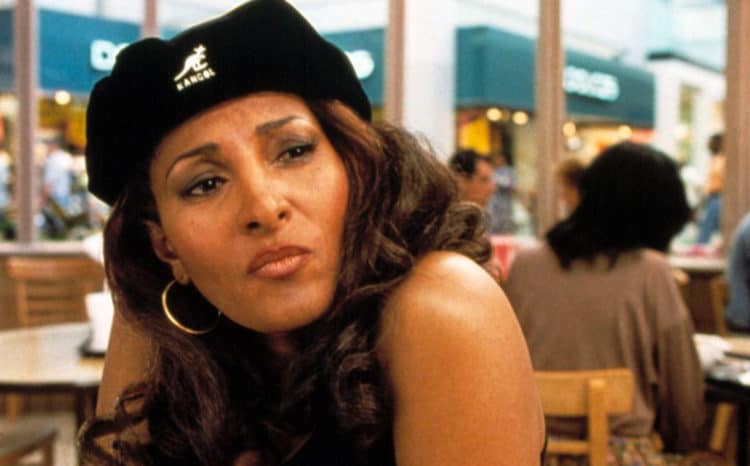 Deemed Cinema’s first female action star by Quentin Tarantino himself, Pam Grier was a hot commodity in the 1970s thanks to roles in various Blaxploitation films. Fast forward to 1997 and the Coffy star made her return to the big screen as the lead in Jackie Brown. This Tarantino feature was adapted from the 1992 novel, Rum Punch; The film centers around a flight attendant who gets caught smuggling money for her arms dealer boss, Ordell Robbie. Faced with death or prison, Jackie Brown opts to run off with the smuggled money with a little help. When released, Jackie Brown was praised by critics, with most highly touting the performance of Pam Grier herself. The actress even received a Golden Globe nomination for her tremendous turn as the title character; however, when it came down to Oscar nominations, the film only received one nomination, which was best supporting actor for Robert Forster. As expected, many were outraged; how was Pam Grier snubbed of an Oscar nomination for Jackie Brown?

One of the reasons Pam Grier’s role as Jackie Brown stands out so much is due to how different it was for a female star at the time. For Grier, playing an action heroine was nothing new as the Blaxploitation star had broken barriers during the era of said genre films. Even then, Jackie Brown was a meaty role about a woman voluntarily operating in the criminal underworld. It’s not just the fact that the role was such a huge part of the film, it’s the way that Grier portrays the title character throughout the two hours and 34-minute runtime. The actress perfectly displays a nice charisma and confidence that helps bring out the best of Jackie Brown. For example, When Grier first meets with Detective Mark and Special Agent Ray, the most impressive part of the scene is everything that Grier doesn’t say. Not surprisingly, her character is dismissive when talking to the two agents; however, once she gives them the go-ahead then her body language tells the story. Brown is cool and calm at first, smoking a cigarette freely until Mark finds the brown envelope. Smartly, Grier subtly gives off her concern. Her reactions are never over-the-top and the final zoom in shot after Ray gives her an ultimatum is the perfect reaction to the situation. Though we don’t see her full face, we understand just how deep in trouble she’s in thanks to the worry in her eyes and the way she puffs out her last smoke.

It’s no secret about the racism behind Hollywood during this time. Now, I’m not going to sit here and write that Grier’s performance for Jackie Brown was overlooked because a bunch of racist pricks had no intentions of ever giving her a nomination for an Oscar. There’s no proof behind that statement therefore it would be nothing more than a worthless opinion. However, there’s no denying the lack of diversity on the actor’s front in the 1990s. In total, only four black actors received an Academy Award nomination for best lead between 1990 to 1999: Denzel Washington (Malcolm X, The Hurricane), Morgan Freeman (The Shawshank Redemption), Laurence Fishburne (What’s Love Got To Do With It), and Angela Bassett (What’s Love Got To Do With It). Could this be a case where the voters simply liked the nominated actresses better? Yes. Like I stated before, I’m not gonna cry racism because Grier was snubbed for an Oscar; however, I won’t pretend that racism may have not played a part in her being overlooked for the prestigious award due to Hollywood’s documented history regarding the issue.

Grier’s role brought something different to the table during a time where women weren’t particularly spotlighted in such a complex role. Don’t get me wrong, Helen Hunt, Helena Bonham Carter, Julie Christie, Judi Dench, and Kate Winslet had a different set of layers when it came to their leading parts as well; however, Grier’s performance stands out because she’s challenging the perception that only men can work in the world of crime thrillers. Am I saying that Grier should’ve emerged as the winner of the 1998 Academy Awards? No. Personally speaking, I don’t particularly think Helen Hunt was the right choice; however, I do think Grier’s top competition is either Kate Winslet and Helena Bonham Carter. What’s done is done, and the 70th Academy Awards is in the history books. While Grier wasn’t given the seal of approval from Oscar voters, the actress should still hold her head up high because of the incredible performance that she delivered.

The Five Best Characters Of The Saw Franchise