Home
Entertainment
Is The “Wokeness” of Star Wars Hurting The Franchise? 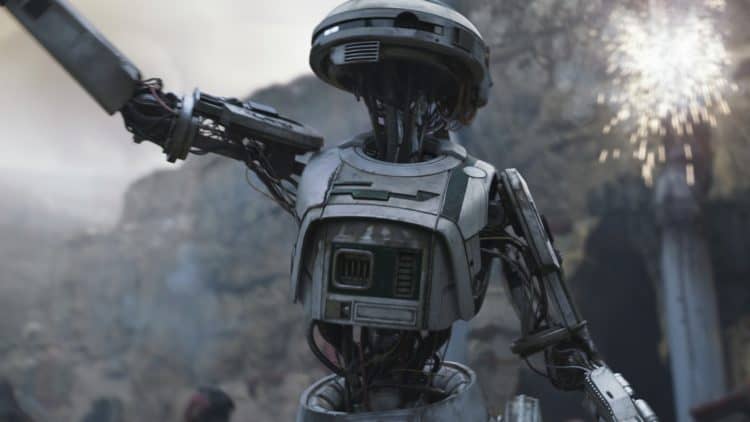 There are plenty of arguments out there when it comes to how ‘woke’ the Star Wars franchise has become, and many people that would describe how it’s needed and how it might destroy the overall story at one point. With opinions running rampant as to how the overall issue could be handled, quite a few individuals are missing the point of why ‘wokeness’ is such an issue, and it has more to do with the manner in which the term ‘woke’ is being used than its actual effect in the story. Amusingly enough, diversity shouldn’t be an issue when it comes to Star Wars since taking a look at how the story has evolved, it’s the type of franchise that was made to embrace diversity in many ways. But one hindrance to the natural evolution of the story is that little about the inclusive quality of the franchise is the incessant need to force one idea after another upon the fans in an attempt to create a science fiction fantasy that mirrors reality in every way. Essentially, forcing ideas on the fans without letting them evolve naturally is a rather big mistake, not to mention something that takes time, patience, and a bit of tact that some minds within Lucasfilm have apparently been lacking in recent years.

People tend to accept change gradually, but will often resist it if the change s sudden and uncompromising. In other words, forcing new ideas on people can go one way or another, and many people do not enjoy being forced to accept new ideas that don’t fit with what they might have expected of a given story, unless it happens naturally and over a period of time. In the film industry though, it would often appear that letting things evolve naturally over time isn’t always what’s considered best for business, as pushing ideas that could easily mature and come to pass over time is something that doesn’t exactly feel as though it’s been part of the plan.

Creating characters and situations that mirror the world of today is an iffy proposition no matter what story it is since as it’s already been established, someone is either going to be offended or turned off in one way or another. But allowing a story to flow naturally, to evolve in a manner that would at some point include a character, a lifestyle, or a simple line of thought that would be different, is something that takes time. Obviously, this isn’t something that people in the business think is good for business when it comes to generating revenue. Pushing one idea after another to get the most recent trilogy out, and trying to fill it with as many ideas as possible to push a woke and inclusive narrative, has been easy to notice.  While it could have been something that might have been embraced by everyone, a way to include whatever idea that could help to expand the Star Wars universe, the supposedly woke narrative has been pushed in a manner that essentially made it clear that it’s a ‘take it or leave it’ mentality being paraded a a necessary and less than quarrelsome set of ideas that were meant to give representation to those that hadn’t been given adequate notice in the franchise.

There’s nothing wrong with including different characters of different races, backgrounds, and origins, and there’s nothing wrong with the overall idea of diversity and inclusivity, but like anything, forcing it on people in a ‘woke’ manner is akin to beating folks over the head with and demanding that they pay attention. Star Wars isn’t going anywhere, as this has been proven despite the fact that The Last Jedi and discussions focused on the characters of Finn and Rose have created a great deal of division among the fanbase. Some might want to counter this with the idea that the Star Wars fanbase is unbearably toxic and wouldn’t have accepted the changes under any circumstances, but considering that bell has been rung there’s no way to know now. There are ways of dialing the story back and finding common ground, as this has already been done, but satisfying everyone and just enjoying the story has rarely been possible.

Star Wars is an epic saga with many moving parts, and thinking that it could encompass just about every facet of life as we know it in a few different ways isn’t tough at all. But Having them revealed in a natural, organic matter, rather than being force-fed to the audience, might be a much better idea. There’s no doubt that the stories will continue to roll out, as there’s been more than enough material that has embraced the idea of inclusivity without forcing it on the fans. There’s room for a multitude of ideas when it comes to the Star Wars universe, and every last one of them deserves to be heard.