Home
Television
Is Now the Time for a Moonbeam City Reboot? 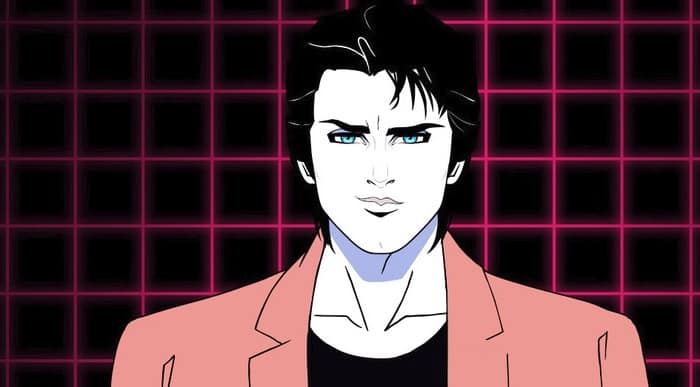 Moonbeam City is like a cartoon based on Miami Vice but molded in the style of a bad 80s pornography/crime/action film. The Netflix series, which came out in 2015 on Comedy Central, was canceled after one season though if you ask the reason why you’d likely get a few different answers. A reboot seems to be less than appealing to critics but possibly something that audiences would want to see simply because the show was blatant enough in its subject matter to really appeal to those that wanted something simple that appealed to their many different tastes. It’s almost like a mashup of Archer and Miami Vice to be honest but much racier and in many ways much more offensive to some people. Plus it seems as though this show was something that was devised just to anger certain target groups while pleasing a few others.

A reboot could be a bad idea for this one it seems.

If you liked Archer you might recognize a few themes in this show.

There seem to be a lot of inferences that this show has taken heavily from the popular series known as Archer on FX and there’s not a lot that can be disputed about this statement since the content and the subject material at times seems way too similar. There are plenty of elements to the story that belong solely to the show but the tone of the program really seems to follow suit with Archer since the main character is in some ways very similar. That being said it seems like the show is mean to provoke a response and that’s just what it’s done, which means it’s a success while at the same time it’s the kind of show that a lot of people have railed against for years. Keep in mind that at one point and time the Simpsons was a show that people absolutely couldn’t stand since it seemed to detract from wholesome family values and promoted things that they didn’t care for. But seeing as how there’s a world of difference between this and the Simpsons it’s fair to say that reboot, if it happens, could be a big mistake since the show was cancelled by Comedy Central after one season. That seems to be an indicator that it wasn’t quite what networks wanted to push.

It’s a way for Rob Lowe to continue to stay relevant.

To be honest Rob Lowe hasn’t needed a lot of help since he’s been relevant for a long time now, but this is just one more way to get him out there and keep his career moving forward as several other roles he’s taken have been. The aging star has been seen in many different projects throughout the years and is definitely still able to shine when he needs to but something like this almost seems like it would benefit from someone else’s voice while Rob could go onto another project that would make better use of his talents. Depending on just why he’s doing this and what kind of pay he’s making it seems that he might actually be better off not coming back for a reboot if it happens. He’s got way too much talent to be coming back to a show that’s kind of a ripoff in some ways of other shows.

The show tries too hard to be entertaining.

There are plenty of gags, appealing images, and comedy to really get peoples’ attention, but at the same time all of it just seems like too much, an overload that’s bound to crash at one point due to too much trying to be done all at once. In many ways it seems as though this show is trying to keep up with other, similar shows but falls just a bit short since it’s not only struggling with the fact that if came out after several similar programs, but because it can’t seem to find its own identity as it borrows so much from other programs. Moonbeam City is an intriguing creation in some ways but in others it just feels too familiar, as though it’s been done before and has become quite old and outdated. While audiences might have liked it the only redeeming quality it seems to have is that it drew in top-level talent for the main characters and was able to hold on for an entire season.

Honestly a reboot doesn’t seem like the best idea but if it does happen it won’t be a surprise since Netflix is trying to hold onto whatever it can and bring back as much as is possible in order to bolster their menu. Moonbeam City seems like a good fit for Netflix as a lot of what they offer is kind of out there and innovative enough to be interesting, but it still doesn’t feel like a great idea to bring it back.