Home
Anime
Is It Time To Put An End To The Pokemon Anime? 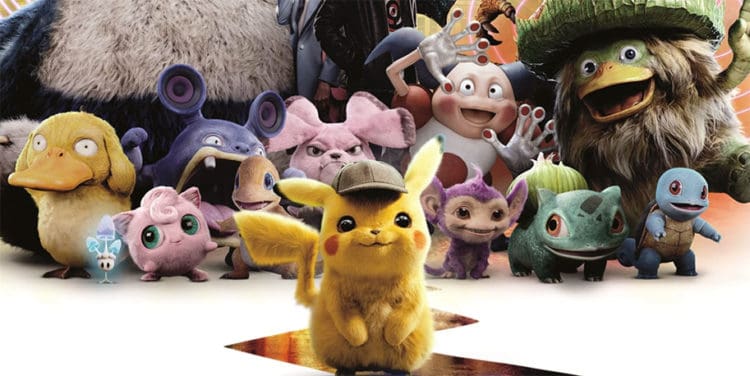 Let’s get one thing straight, Pokémon will NEVER die. In 50 years, they’ll be over a million of these creatures in the world. That’s also the feeling regarding the anime series, which will seemingly never die. Pokémon is one of the biggest franchises ever, with the original Japanese series making its debut in 1997. To date, there have been 24 seasons of the series and over one thousand episodes. For the most part, Ash Ketchum has been the protagonist of the series. The show has had a couple of spin-offs without the 10-year-old Pokémon master, but ultimately, the main series has followed Ketchum and his trusty Pikachu. Now, to be clear, Pokémon is for kids and not grown adults whose daily activities include donuts and animated superhero television. However, so is Avatar: The Last Airbender, The Legend of Korra, or even Gravity Falls. Point is, just because it’s mainly kid’s entertainment doesn’t mean that it should get a pass on quality. That’s why it’s time to put the show out of its misery.

To be clear, I’m not asking for all the Pokémon products or games to be disbanded and forgotten. Business wise, that’s incredibly stupid and there’s still entertainment found in those games. The issue with Pokémon is that the show remains an extremely simple and bland exercise despite the numerous location changes and new creatures. There’s nothing wrong with making a kid’s show simple, as there’s no need to have complex themes that likely won’t resonate with the young ones, but there’s no growth to the show, namely Ash Ketchum himself. This isn’t over the fact that the kid is still 10-year-old. It’s animation, so he joins the likes of Bart Simpson, Louise Belcher, and Chris Griffin as kids who don’t age. But there’s no growth or development in regard to who he is as a human being. Granted, the kids mentioned above have remained the same personality-wise, but that’s another discussion for another day. Throughout the 24 seasons, this up-and-coming Pokémon master has yet to win an official league. Sure, Mr. Ketchum beat the Orange Island and the Battle Frontier, but those are not legitimate Pokémon leagues.

It’s not just the fact that he’s never won a Pokémon league, but he doesn’t learn anything from his previous experiences. There’s never any acknowledgement over his failure nor are there any callbacks from past seasons that helps him win a battle or two. Ash’s character is stuck on neutral because he’s still the same kid from season one. His voices change every now and then, but the most crucial aspect is that his journey is incredibly stale and worthless. What’s the point of following him when he never wins? Maybe Ash Ketchum is just destined to be a loser with a lame Pikachu? He’s a nice ten-year-old who has flaws, but nothing that’s worth exploring in the series. The aspect of Ash’s life, other than the fact that he keeps losing, that’s worth diving into is his father. There needs to be some type of growth or mystery that should keep audiences invested in his journey. Naturally, it’s, “Can Ash win [insert region name here] league”, but that mystery loses its luster when the outcomes have been a clear no. Why not give Ash a win and focus on a new character? People are going to love Pokémon regardless, what’s the hesitation in giving the show a new code of paint? It’s time to shift the focus on a brand new set of characters, including Ash himself. Let the kid get a win and retire at the age of 10.

Plus, the structure of the Pokémon anime is a complete mess. 90% of the show is filler. That wouldn’t be an issue if there weren’t so many episodes, but the average Pokémon season has more than 40 episodes. Toss in the fact that the only season arc is, “Can Ash win [insert region name here] league”, then it pretty useless to watch a majority of these shows. Sure, Ash or his goons may catch a new Pokémon every now and then, but if you simply watch the gym episodes you wouldn’t miss a thing. The seasons are often plotting and boring because these filler episodes barely matter by the time Ash gets to the league portion of the series. Perhaps I’m overanalyzing a show that’s meant to be mindless entertainment that can sell toys, but that doesn’t negate my comments in regards of the series. If the creators decided to retool the format then great, but as it currently stands, it’s time to end the Pokémon anime.