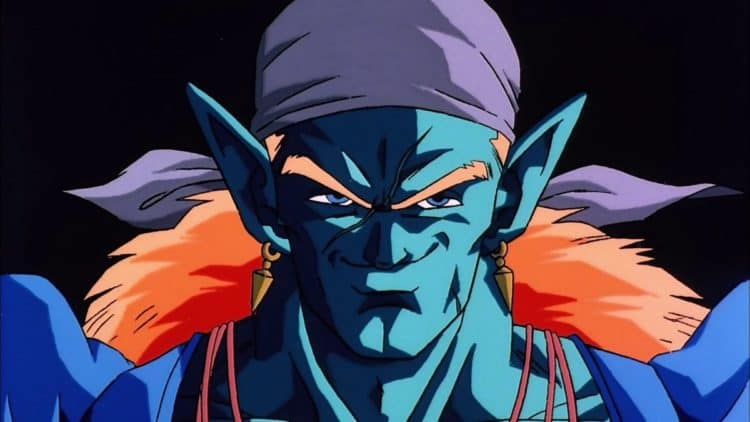 The world of Dragon Ball is quite vast, and spans multiple series like Dragon Ball, Dragon Ball Z, Dragon Ball GT, and Dragon Ball Super, as well as a lot of movies (including one that we never talk about…you know the one I’m talking about). Unfortunately, a large majority of these movies aren’t canon, which means there’s really no point in watching a lot of them, but that doesn’t mean you can’t watch them if you want to. One of these movies is Dragon Ball Z: Bojack Unbound. In regards to where in the Dragon Ball Z timeline this takes place – or rather could take place, since it isn’t exactly canon, but the events of this film don’t necessarily contradict anything from the manga or the anime, so it technically could be part of the Dragon Ball Z canon. Before you read any further, it’s important for you to know that there will be spoilers for Dragon Ball Z: Bojack Unbound ahead, so if you want to skip those spoilers, I would go right to the end of the article.

Dragon Ball Z: Bojack Unbound starts off with another world martial arts tournament (how surprising) that pits Gohan, Krillin, Future Trunks, Yamcha, Tien, and even Piccolo – though Piccolo ends up getting bored and quitting – against one another, for a chance to fight Mr. Satan. Tien and Yamcha are eventually defeated, which then leads Krillin, Gohan, and Future Trunks to qualify for the semi-finals. The semi-finals end up to be some sort of roller coaster-style race, for some reason, where the contestants then face their opponents at the end. However, it turns out that the opponents that are awaiting them are not actually supposed to be there, and it’s actually Bojack and his gang of minions waiting to catch the Z-Fighters off guard. There’s a huge fight between everyone, which ends in a random contestant being killed, and Trunks and Krillin are overpowered. Bojack then arrives to tell Gohan all about his plan to take over the universe. Tien and Yamcha also show up to challenge the new foes, but are instantly defeated and thrown to the side. King Kai tells Goku that all four Kais had sealed Bojack inside a star centuries ago, but when Goku used Instant Transmission on Cell to teleport the two to King Kai’s planet, destroying it in the process, Bojack was released and became unbound.

Bojack nearly kills Gohan with an energy blast when – you guessed it – Piccolo shows up just in time to deflect the energy blast and save Gohan. Unfortunately, Piccolo isn’t powerful enough to defeat Bojack, and is quickly defeated. It looks like Trunks is in trouble as he’s confined by one of Bojack’s minion’s abilities, and is about to be impaled by a spear when – you guessed it – Vegeta shows up just in time to destroy the spear and give Trunks his sword. The group continues fighting in what seems like a hopeless battle, when Goku breaks the rules of Other World and uses Instant Transmission to teleport to Gohan, punch Bojack in the face, and give Gohan the push he needed to defeat Bojack. Gohan then goes Super Saiyan again, punches one of Bojack’s minions in half, kicks the other in half – which, might I add, was jaw-droppingly epic, and punches a hole straight through Bojack. The two then exchange energy blasts, Gohan’s being the fabled Kamehameha, of course, and then teleports through Bojack, ending the battle. Afterwards, we see the team laughing as they watch the news that states Mr. Satan saved the world and defeated Bojack and his minions, and of course, we see both Piccolo and Vegeta looking as unimpressed as ever.

Overall, I’d say the fights in Dragon Ball Z: Bojack Unbound are pretty solid. The only one that really seems to matter in the grand scheme of the movie is the final fight between Bojack and Gohan, but it’s definitely a fun fight to watch, and of course, leading up to it when Gohan just parts Bojack’s minions’ legs from their torsos.

So, should you even bother with Dragon Ball Z: Bojack Unbound? Well, yeah, I’d say it’s worth it. While it isn’t necessarily considered canon, nothing goes against anything from the manga or anime, so if you really wanted to, you could say that it is canon (but just know that it isn’t…technically).