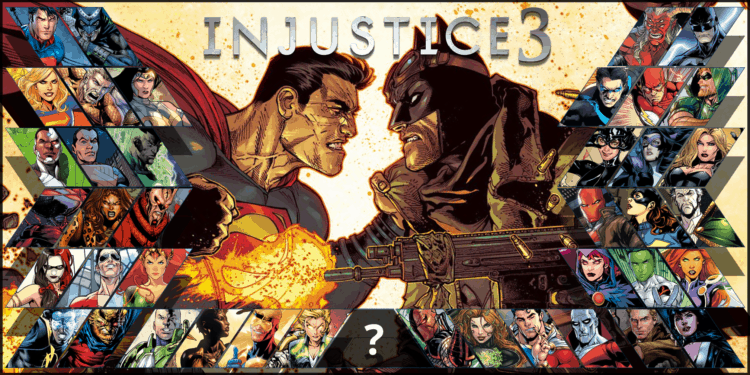 Now that we got the latest Mortal Kombat game, fans like me are itching for Injustice 3. I’ve noticed that there’s always been a two-year gap between the Mortal Kombat and Injustice games, but with no announcements made, I wouldn’t expect that streak to keep going. Granted, the year isn’t over yet and they can still make an announcement. Mortal Kombat 11’s trailer didn’t drop until the very beginning of last year and the game released three months later. So, if you’re still hoping for a reveal, there’s still a chance. Expecting one at DC Fandome? Well, that would’ve been the ideal time to reveal it, but still, a trailer can drop in January just like last year and that would probably be better.

The thing is, I’m just very curious as to which direction Injustice 3 intends to take. Remember the two very cool endings? Yeah, one was kind of a happy ending and the other was just, well… a terrible one. I don’t mean that in the sense that it was bad, but it was rather terrifying. To sum them both up, Batman’s ending involved him beating Superman, depowering him, and sending him to the Phantom Zone. He also recruited Supergirl to the new Justice League and the day was saved. As for Superman’s ending, he merges with Brainiac’s ship, imprisons Supergirl, and uses his new powers to put Batman under his control. Yeah, I’ll never look at Superman the same after that. No matter which ending you pick, the big question still stands: where do they go from there?

Superman’s ending would certainly raised the stakes more, but personally, I’m just interested in which villains they’ll face. The Injustice series took a chance by making the heroes fight against an evil Superman and it worked. Injustice 2 gave him the chance of redeeming himself and… he didn’t exactly take it. However, fighting Brainiac and siding with Batman let us see him slowly work towards the man he used to be and that was interesting. While he didn’t completely redeem himself in the end, I believe the Superman we all know and love is still in there somewhere. My prediction: the story of Injustice 3 will have him finally see how far he’s fallen and he’ll truly redeem himself.

However, in the Injustice universe of DC, he has done deplorable things and he’ll have to work for that redemption. A big part of that road has to involve fighting some diabolical villains along the way. Injustice 2 really upped the ante with Brainiac, but how can they top themselves with Injustice 3? Villains are always a big part of the superhero stories, so if anyone’s wondering who the main villain(s) of Injustice 3 should be, I have three potential candidates.

3. Barbatos and the Evil Batmen

In a DC universe where Batman is the most moral hero in town, how messed up would it be to see not one, but a group of evil Batmen invade his dimension? If you chose his ending in Injustice 2, he would probably be the most powerful man on the planet. He leads the Justice League, and everyone sees him as the savior of the planet, rightfully so. Keep in mind, in the Injustice storyline, Batman was the first hero to stand up to Superman’s growing regime and took the fight to him. Another thing to remember is that he was the only founding member to not join him. In my opinion, that does make him morally superior to the other founding members and makes him the greatest hero.

Well, that might change if Barbatos and the evil Batmen come around. Just when everyone thought Batman couldn’t be corrupted, wait til you get a load of these guys. Heck, think about what evil Superman will think when he meets them. For those who are unfamiliar with them, they include The Batman Who Laughs, The Red Death, Dawnbreaker, Murder Machine, The Drowned, The Merciless, and The Devastator. All of them are evil, twisted versions of Bruce Wayne and represent the darker aspects of his personality. If that’s not scary enough, their menacing existence was constructed by the sinister Barbatos. He’s a fairly new villain in DC, but he’s very powerful and has a disturbing obsession with Batman. Oh, and he calls himself the Bat-God.

Having these guys as the main villains of Injustice 3 will give everyone the “wtf” feeling while playing it, and make them realize that every DC is susceptible to corruption. It will certainly make Batman himself question his own morality and might entice him to hang up the cape and cowl. Will the world truly be safer without him?

If Injustice 3 wants us to still fight popular DC villains while also taking on new ones, than they don’t have to look to far. Who would be a bigger challenge to them than the incomprehensibly powerful Doctor Manhattan? The fairly new Doomsday Clock storyline threw us a curveball by revealing that Doctor Manhattan was the new big bad of the DC Universe. Heck, he was even the chief architect of the Rebirth reboot. I won’t lie, I haven’t gotten too far in that storyline, but so far, it’s intriguing me. As much as I dug Doctor Manhattan as a hero, I can imagine how much of a threat he would pose as a villain. Simply put, he’s so powerful he can do just about anything. I mean, the guy can obliterate someone by putting his hand out.

How can the good and fallen heroes of Injustice possibly stand up to that? I really don’t know, but I would love to see it happen in Injustice 3. If you want to see a divided Justice League come together (not a pun) to fight the all-powerful Doctor Manhattan, then I say make him the villain. What would his reasons be? The answer can vary, but to be honest, I only care about how he would fight. As a boss, he would be quite the challenge and playing as him would be hella fun. Speaking of bosses, artist BossLogic (Nikolai Basaljik) has given us a curious piece of his work that involved the Doomsday Clock and The Comedian’s bloody smiley face pin. He posted this on Twitter and even tagged Ed Boon. If this doesn’t raise eyebrows, I don’t know what does.

I know that Injustice one showed a good Justice League fighting an “evil” one. The only issue with it is that not everyone was exactly evil. Like Batman said, some obeyed Superman out of fear, while others believed he was right and lost perspective. It was a fair point, but by brining another Justice League in the mix, it shows that only the Justice League can beat the Justice League. So, for Injustice 3, why not take a similar route, but make the whole “good vs. evil Justice League” official? The closest villains that fit that role is the Crime Syndicate.

I put these guys at number one because they would be the most serviceable villains for an Injustice 3. Plus, I have good reason to believe they’ll already be included. The main reason is because Injustice 2 already introduced Grid. To quickly sum him up, he’s an evil, all robotic version of Cyborg. The game did a good job of introducing him, but his role was brief. I believe this was done all for the purpose of setting up the Crime Syndicate. If they invaded the Injustice world with a divided Justice League, they would likely win.

The most significant reason the Crime Syndicate would be important villains is that Superman can finally look in the mirror and see the ugly reflection. If he fought the Syndicate and lost, he can see how terrible Ultraman is and maybe that will make him see the monster he’s become. Same goes for Wonder Woman and Power Woman, not to mention Batman and Owlman. Even Batman can see what an evil version of himself is like after meeting Owlman. All three heroes have something important to learn by meeting their evil twins and these lessons can change them for the better.

Which villains do you all want to see for Injustice 3? Like I said, let’s hope for a reveal trailer soon.