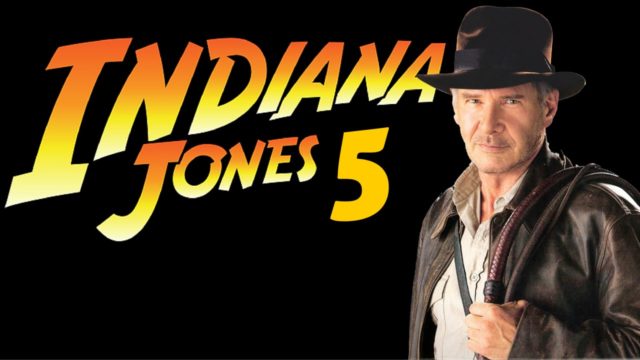 What Do We Know about Indiana Jones 5?

First and foremost, it should be noted that Harrison Ford has been confirmed as reprising his role as the titular character. Some people have suggested that Ford should be replaced because of his advancing age, but Steven Spielberg has responded to those suggestions by pointing out that Ford remains in excellent physical condition, as shown by the fact that he performed a lot of his own stunts in Star Wars: The Force Awakens.

Speaking of which, it should be noted that George Lucas will be involved with the fifth movie in the Indiana Jones franchise like he was involved in the last four movies. This is important because there were some initial reports that he would not be involved, which might have had something to do with the negative response to Indiana Jones and the Kingdom of the Crystal Skull. Fortunately for people who want to see the golden trio of Ford, Spielberg, and Lucas continue their collaboration, Spielberg has confirmed that Lucas will be involved because it would be “insane” for him to make an Indiana Jones movie without him. With that said, it is interesting to note that Lucas is involved as an executive producer, while the latest reports make no mention of him as a writer for the new movie.

On a semi-related note, it might interest some to learn that John Williams will be doing the score for Indiana Jones 5, which is noteworthy because he was the one who did the scores for all of the previous installments in the franchise. However, not all of the people involved in the last Indiana Jones movie will be involved in this one. For example, it has been confirmed that Shia LeBeouf won’t be showing up in the fifth Indiana Jones movie for the simple reason that his character won’t be included in it. Meanwhile, the rest of the casting is still ongoing at the moment, meaning that interested individuals should continue paying attention as the movie continues to make progress towards its completion.

Finally, it should be mentioned that Indiana Jones 5 is expected to be released in July of 2020. However, its release date has been pushed back before, meaning that fans of the franchise should be put too much trust into it until production proceeds some more. Regardless, it is important to note that this won’t be Indiana Jones’s last adventure, seeing as how Spielberg has announced that the character won’t be killed off in the upcoming movie.

However, Disney CEO Bob Iger has stated an interest in keeping the franchise going past the upcoming movie, which means that at some point, they will have to choose someone besides Ford to play the lead role. It remains to be seen how that will happen, since there are a number of possibilities that range from the character passing the torch onto a new generation to a reboot with someone else playing the same character. Something that Indiana Jones fans should pay attention to as more decisions are made on the matter in the future.