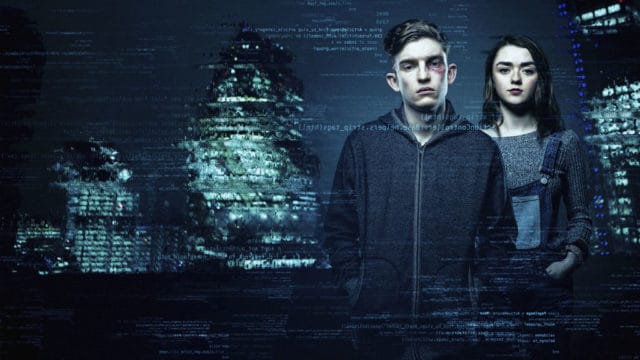 It’s got to be said, this has to be one of the original films that actually looks like it might be worth the small amount of hype it’s gotten since it first attracted notice. Iboy is the kind of film that teens might actually get behind largely because it relates to them on a level they can understand and introduces a hero that’s not the typical spandex, tights-wearing individual that goes around doing the best they can while causing millions of dollars in property damage. Tom is just a young man who comes upon his best friend being raped and is shot in the head for his troubles. What happens however is that shards of his phone, which he was using to call the police, become embedded in his skull, and by some freak accident he develops the power to suddenly control and disrupt electronic equipment. In fact he can even make it explode, which seems to be a cool power to be honest. When he starts going after those that harmed his friend however he opens up a whole world of trouble that might have been better left alone, or at least to someone else better equipped to deal with it.

But that’s not how teen movies work is it? Here are just a few things you might not know yet about this movie.

10. This is the second film in which Bill Milner plays a person that develops powers.

The first was in X-Men: First Class, when he plays the part of a young Magneto, a boy that has just lost his parents and is without anyone else in the world at the moment. At that time he loses control of his powers and decimates an operating room, much to Sebastian Shaw’s delight. Considering that what he does in X-Men: First Class is so destructive, iBoy is kind of tame really.

One of Netflix’s many original movies, iBoy has a chance to connect with a lot more people than it might if it was on regular TV or in the theaters. More people are streaming these days it seems and as a result there’s a lot more exposure here than anywhere else right now. A lot of people would rather pay a monthly fee than have to spend the time going off of the theater or paying for cable.

8. The movie earned a 60 percent rating on Rotten Tomatoes.

That’s not really too discouraging really since whether it gets a good or bad rating on Rotten Tomatoes it’s not so much of an indication that it’s good or bad. It’s more to the point that critics think that they’re entirely necessary, when to be honest those that listen to them are usually those that are indecisive about a lot of things in life, movies being one of them.

7. The reviews were kind of mixed, leaning towards negative.

Some folks that reviewed it thought that the idea could have worked but that the execution was kind of poor. Keep in mind that’s one person’s opinion and not a wider opinion that can stem from the viewers who have their own tastes in movies and might have something entirely different to say.

6. The protagonist is able to disrupt virtually any electronics within his range.

Now how cool would that power be in an age when people are so reliant upon the electronic devices? It wouldn’t be cool for those that the guy targets but those that are off doing harm to others might soon learn to fear someone like this since with enough practice he could probably take down an entire power grid with minimal effort. Think of the applications for this kind of power. Now that I think about it that’s a bit scary.

Ah yes, everyone’s favorite little water dancer from Game of Thrones, who’s become such a serious and undeniable butt-kicker. Her role in this film is very different from what you’ve seen her as lately though. She’s not the tough, hardened warrior she is on GoT, which is kind of a shock to see really. But it does show that she has range.

Honestly it’s really more geared towards teens just for the fact that the powers given to the main character are something that teens would likely be able to understand a lot more than adults in this time period. But it’s also focused around the lives of teens and therefore is more easily absorbed by teenagers who are going through this stage of life at this point.

It only took about eight years for the film to come out, that’s not too bad right?

2. It’s more of a vigilante movie than a hero movie.

To be honest the main character is going off doing his own thing, so he can’t rightly be called a hero, unless you want to count the fact that he is looking to punish those that raped his friend. That could be the only thing that keeps him from being a thug with powers.

1. This is one of the only times you might see Maisie Williams playing a character that’s so severely brutalized.

It’s more implied than anything in the trailer that she’s been raped, but the talent she possesses is enough to show the psychological trauma that her character has suffered and it’s one of the only times you might actually see her look this helpless.

As an adult and a movie lover I’d recommend watching this at least once.