Home
Television
How The Show “Blindspot” Has Changed Since Season 1 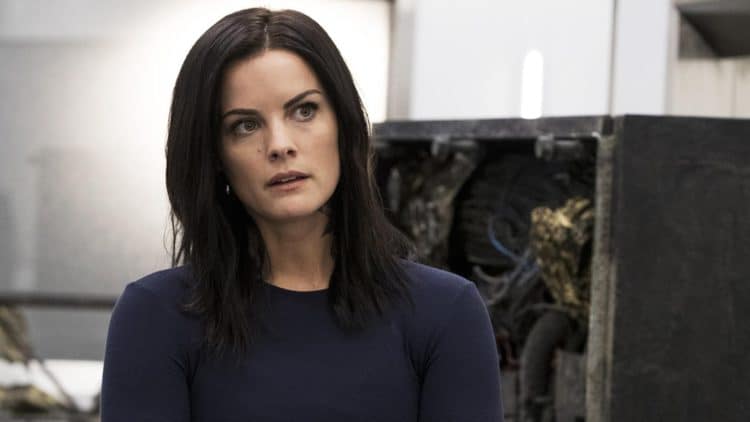 When an all-over tattooed Jane Doe is discovered in Times Square in a duffel bag, she has no memory of anything in her life, including who the heck she is or what she’s doing there. Naturally, she’s drop-dead gorgeous and played beautifully by Jaimie Alexander, who you probably remember from some of her previous works, like “The Last Stand” with Arnold Schwarzenneger. “Nurse Jackie”, “Agents of S.H.I.E.L.D.”, “Covert Affairs” and more.

Now in its fourth season, this unique and innovative TV crime drama, which was created by Martin Gero and stars, in addition to the lovely Ms. Alexander, Sullivan Stapleton as FBI agent Kurt Weller (Jane’s love interest), Rob Brown as FBI agent Edgar Reade, and a pretty large cast altogether. With a string of uber-talented writers, including the show’s creator, the story never stops twisting and turning and there are enough red herrings to fill a San Francisco fishery.

The first season of the “Blindspot” series premiered on September 21, 2015, and consisted of 23 episodes. NBC renewed the show for its fourth season on May 10, 2018, and the premiere season episode October 12, 2018. A great deal has changed since season 1 but, on the other hand, a lot has stayed the same, too.

FBI special agent Kurt Weller is assigned to the New York field office as the head of the FBI Critical Incident Response Group. In season 1, The FBI brings him into an investigation involving Jane Doe because his name is tattooed in very large letters across her back. He soon recognizes her as a childhood friend named Taylor Shaw who went missing years ago. This make him very protective of her since he still suffers from guilt and pain regarding her disappearance. By the season 1 finale that he’s promoted to the head of the New York branch of the FBI.

In the very first episode of season 1, the fact is uncovered that each and every one of Jane’s tattoos contains a major clue to a crime that needs solving. This is a recurring theme all the way through from season 1 thru season 4 and, interestingly enough, they never seem to run out of new tattoo clues. Being such a petite thing, you’d think she’d run out of skin but nope, the clues just keep on coming. And, just as in season 1, they lead to some serious bad guys and situations where the FBI always seems to prevail.

From season to season, Jane’s hair has changed but it always seems to end up going back to that spunky bob that viewers know and love. In addition, her tattoos have turned a number of different hues and sometimes even seem to be alive in some scenes. Kinda freaky, right? Why? Well, because of Roman’s ongoing vendetta against his big sister and the fact that he always maintained that she’d end up paying for abandoning him when they were just little kids in South Africa. He even re-tattooed her body with bioluminescent tattoos. The newer tattoos held a whole new set of mysteries, secrets, and clues.

It’s quite obvious right from the start that there are serious sparks between Jane and Kurt and audiences everywhere were gung-ho for them to be together. In season 3, they got their wish and Jane and Kurt were married. But, would they live happily ever after? That might be difficult with all of the evil forces surrounding their lives, including her own mother (Shepherd) and brother (Roman), both criminal masterminds. In season 4, Jane/Remi secretly works against her team in trying to free Shepherd and rebuild her evil plot called “Sandstorm”. Of course, she gets found out, and her trusted and loyal team tries an experimental treatment on her that is ultimately successful at bringing her back from the dark side. Jane can then put her past behind her at last, make peace with her alter-ego Remi, regain all of her memories, and kill Shepherd (finally). Since season 1, we’ve all been wondering when she’d off that witch! But, now that she’s gone, new villains will take her place and lead the FBI team and Jane to faraway places and bloody battles. And, probably the biggest change of all is that Jane has evolved since season 1 when she was a cowering victim to season 4 where she’s a serious ass-kicker! You go Jane!