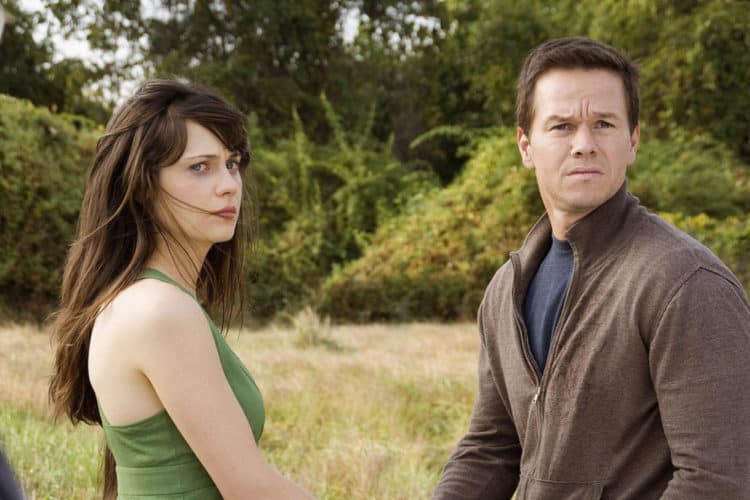 Who could forget the “masterpiece” known as The Happening? Back during a time when M. Night Shyamalan was stuck in a creative rut, the horror thriller showed tons of promise in the beginning. To recall, the film followed a science teacher and his wife in the midst of a massive phenomenon that resulted in unexplained deaths around the world. Tons of people committed mass suicide all over the world. There’s something unique about this apocalyptic threat as it instantly brings tension to the story. The problem is that Shyamalan made a huge left turn and turned nature into the enemy. First, making nature the antagonist was a huge mistake. Sure, nature is stopping the protagonist from reaching their goals, but exactly how are Elliot and his family supposed to fight things like the wind? Or plants? At the very least, The Happening should’ve dropped in the middle of the apologetic state.

Elliot and Alma felt worthless because they didn’t have any goals to reach. The journey was to simply run. If Shyamalan wanted to make nature the enemy, then there should’ve been a cure found, with Elliot and Alma leaving the comfort of their save place to get the cure in the midst of a dangerous environment. Another key thing is playing off the theme of how humans can be worse than the terror going on in the midst of the craziness of humanity. As I previously stated, you simply can’t make nature the villain. It’s too broad of a statement. So the best thing in this situation is to keep the reasoning for why the world is suddenly committing suicide and find that one source that will cure everything. But as Elliot and Alma are out there trying to save humanity, there can be human obstacles standing in their way. Of course, still, play off the danger of a society going suicide crazy. Perhaps these two are wearing hazmat suits to keep them from being exposed to the airborne toxins’ causing this event? Either way, the point is to keep the central premise, but tweak it where Elliot and Alma’s journey is clear. Plus, it keeps the film from boarding on laughably bad because scenes like Elliot talking to a plant wouldn’t happen.

However, it isn’t just the lackluster plotting of The Happening that’s the issue, but the characters themselves. Many of them range from odd, shady, or the case of Alma and Elliot, downright unlikeable. Adding in the fact that these two are having marriage problems is actually a great idea. It creates more tension to the story and gives a necessary layer to both characters. When it comes to films, a journey shouldn’t just be a straight line; It needs to zig and zag in a way that connects to the overall direction of the plot. However, there’s a balance in the way Elliot and Alma should go about their issues. If the married couple was simply arguing for a good majority of the film then it would come across as annoying. However, if the trust in one another was challenged in a way that would help make their relationship stronger in the end then that would be effective. Elliot and Alma are strongly on the annoying side, especially with the science teacher bringing up a meeting with a really good looking pharmacist he had to make Alma jealous. Now, to be fair, the acting isn’t particularly stellar in this film, but the dialogue is especially cringe worthy. Characters say nonsensical and irrational things that doesn’t add depth to who they are as human beings nor does it help advance the plot forward to much. Also, the dialogue is simply bad. There’s no beating around the bush with that.

Shyamalan makes it clear that this is supposed to be a B-movie, yet he takes The Happening too serious. Even the moment of Elliot talking to a plant comes across as a serious, even though it’s clearly meant to be comedic. If Shyamalan wanted this to be a comedy/horror then it should’ve been established from the beginning. Lastly, the elaborate deaths. Seeing someone stick a needle in their neck or groups of people falling off buildings is genuinely scary and believable, but watching dozens of people hung from trees or even the tiger attack just comes across as cartoonish and laughably bad. Eliminate the more elaborate and clearly staged deaths and The Happening would become a more effective thriller because of how realistic the suicides appear to be. The premise has plenty of potential. It’s just the execution that ultimately ruins the film.