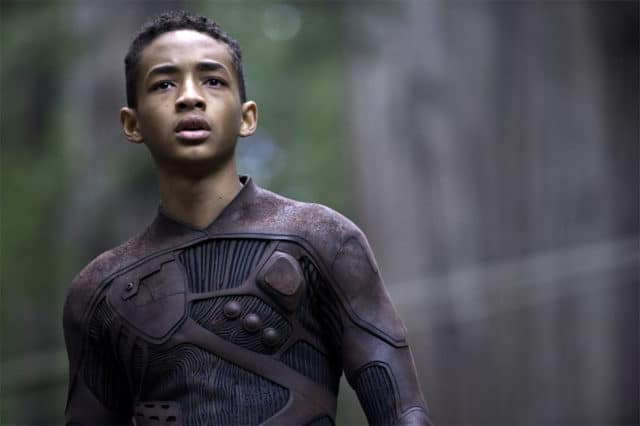 Just like The Happening, After Earth came at a time when M. Night Shyamalan wasn’t exactly doing his best work. The good news: After Earth wasn’t as much of an embarrassment as The Happening. The bad news: It was a bland and meaningless entry into the sci-fi genre. The most interesting part is that this was the first film he directed in 20 years based on someone else’s script. The 2013 feature is about Cypher Raige and his son, Kitai, who feels pressure to follow in the footsteps of his father. This puts a serious strain on their relationship, and the duo attempts to mend their bond, but their craft crashes on Earth, a hostile place where every creature view humans as food.

The original idea Will Smith came up with actually wasn’t a science fiction story as it was about a father and son crashing their car in the mountains or some remote region, with the son having to go out and get help for his father. The actor ultimately changed the story of setting it 1000 years to the future, but that’s where the true mistake of After Earth began. The idea of a father and son developing a stronger relationship is actually a great story. The strained relationship between the two men actually has some interesting context, which comes in the form of Senshi Raige. Cypher’s only daughter died when Senshi was trying to protect a young Kitai by holding off Ursa. This could’ve been the source of Cypher’s hatred for his son. Given the fact that Cypher views Kitai as a coward until the very end, perhaps he could’ve secretly despised his son for not protecting his sister. Even though she was the older sibling, the father could’ve leaned into one of the vital roles of manhood, which is to be a protector of women.

There’s an interesting theme in the way men are viewed in this world that could’ve played out in the story. Drop the sci-fi schtick and focus on the pair trying to fix their relationship with Kai going out of his way to try and prove to his father that he is a man. And Cypher eventually coming to terms of the death of his daughter and understanding that Kitai isn’t a coward and had no viable way of protecting his sister at such a young age. However, the film never even tries to tap into that potential. Cypher comes across as a major douchebag who seemingly hates his son because he isn’t the solider that he wants him to be. There never feels like there’s truly any love from Cypher. Even at the very end, Cypher acknowledges him as a solider first by standing and giving him the salute, thus showcasing the value he sees his son as. It sends the wrong message because it appears that Ghosting is what Kitai is trying to achieve, and since Cypher is such an emotionless douchebag, is that how we really want the young man to end up? Plus, Will Smith was completely stripped of charisma and personality because had to play such a stoic role.

But ok, let’s keep the sci-fi elements in After Earth. Switch up the message a bit with the reasoning behind Will Smith true hatred for his son, but don’t keep him locked in one location once the journey begins. This is Kitai’s story; however, there could’ve been a way to challenge the young man with his father by his side. Perhaps his father doesn’t trust his son, but actually puts them in more danger because of his ego? Also, it would be better to get rid of the Ghosting ability. It only hinders the story more than helps. Plus, take out Jaden Smith as the lead of this film. Understandably, this film was set-up as a vehicle for the young star, but he just doesn’t have the acting chops to pull off the role of Kitai. Is he terrible? No, but given the complex layers and the action scenes, Jaden just never comes across as a believable presence. More importantly, there’s just nothing all that interesting about Katai in the first place. We understand his struggles and what he hopes to accomplish in his journey, but there’s a serious lack of personality coming from the young man. Oddly, After Earth feels way too serious for a feature that should’ve been a fun sci-fi/action story. Granted, the themes presented are more serious that a mindless feature of this nature, but everything in the world of After Earth just feels bland and lifeless. Considering the fact that we’re following only two people once they crash land on Earth, we need an eccentric personality onscreen, and Kitai’s character just isn’t it, though that’s also left up to the actor as well. After Earth has plenty of interesting elements that could’ve worked, and had the story been guided with a better context then it could’ve been something special.