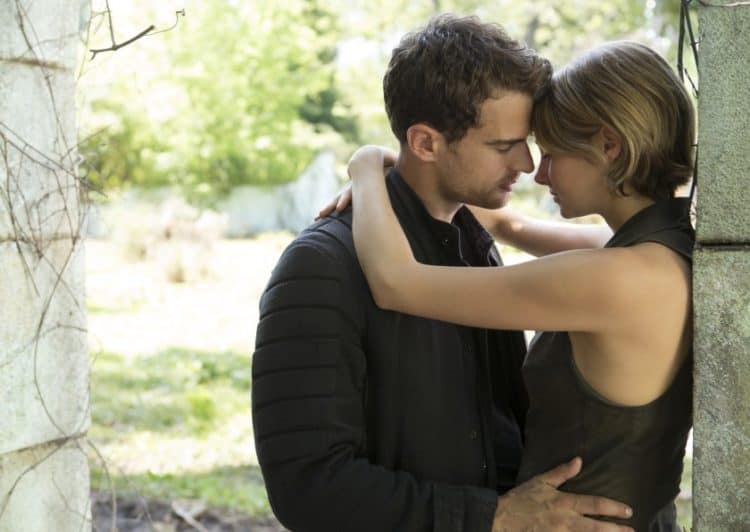 Following the giant success of The Twilight franchise, Young Adult novels were all the rage in Hollywood at the time. The Hunger Games, The Maze Runner, The 5th Wave, The Host, and Darkest Minds are just some of the novels that were turned into feature films. However, the YA craze didn’t last for long and Allegiant is one of the prime reasons for that. Originally, the Divergent series was scheduled to have four films, with the final movie reportedly titled Ascendant, based on the latter half of Allegiant. The final film was scheduled to be released on March 24, 2017; however, Allegiant was trashed by critics upon release, receiving an abysmal 11% on rotten tomatoes. The Divergent series was never a critical darling; however, this was indeed the lowest rating of the franchise thus far. To make matters worse, Allegiant opened with a little more than $29 million. This was on par with the first movie; however, it was a far cry from the $54 million opening of Insurgent.

Allegiant would end its box office run at $179.2 million worldwide and shortly after, the planned fourth film was cancelled. For a while, there were rumblings of executives making a television movie to finish off the series; however, that idea has yet to be greenlit. So, what happened? Despite horrendous reviews, this was generally on par with the Young Adult novels films as a whole. The Twilight series was critically panned as well; however, that franchise seemed to grow in popularity with each passing film. Let’s dive deeper into the reasoning behind the failure of Allegiant.

Audiences Were Tired Of The Bad Young Adult Adaptations

The Young Adult genre doesn’t particularly have a track record of good films. As I previously mentioned, Twilight seemed to grow in popularity with each passing film despite the bad critical reception, but the advantages that the series had was that it felt fresh and new during the time it came out. Easily, the best of the Young Adult novels are the Harry Potter installments; however, none of those films matched the model of the other YA adaptations following Twilight. Once executives realized the potential money in this specialty genre, they decided to milk this cash cow dry with similar formulas.

The Young Adult movies all had an intriguing premise; however, given the fact that these were aimed at teens, the formula saw the premise of these type of movies squandered to focus on the melodramatic aspects such as unnecessary love triangles. The Divergent series was no different. Despite the interesting political themes explored in each film, the narratives of the first two entries was a clunky mess that focused on an eye rolling love triangle. However, the most important thing to know is that the Divergent series was simply boring. Despite the success of Twilight and The Hunger Games, audiences had grown tired of the Young Adult adaptations. The movies felt like cash cows because executives wanted to copy what made the Twilight model so successful. Allegiant continued the downward trend for the franchise and proved to be an unnecessary entry in a series that wasn’t all that great to begin with. Bad word of mouth killed this film and ultimately, the franchise.

Shailene Woodley Had No Interest In Returning To The Franchise

Part of the reasoning that the Divergent series appeared so boring is due to the fact that the actors just didn’t seem like they were having fun with the role. In an interview with W Magazine, Miles Teller made it clear that his role in Divergent sucked: “When I first read Whiplash, I was feeling dead inside. I didn’t have an interesting part (in Divergent), and I’d taken the film for business reasons: It was the first movie I’d done that was going to have an international audiences. I called my agent and said, “This sucks.” He told me about Whiplash.”

Teller would try to clarify his comments later on; however, it was clear that he thought the movies were bad. The Divergent series actually had a star-studded cast: Naomi Watts, Octavia Spencer, Jeff Daniels, Mekhi Phifer, Ashley Judd, and Kate Winslet were part of the franchise; however, these talented actors were subdued thanks to the roles that they were given. The only other actor to come forward about their dislike for the series is the main protagonist herself, Shailene Woodley, who never outright calls the films bad; however, she did make it clear that her experience in Allegiant wasn’t exactly thrilling. At the time when rumors were hot about the series making the transition over to television, Woodley shut down any possibility that she would make a return, “No,” The Oscar-nominated actress told Vanity Fair during a premiere for Big Little Lies, “I’m not going to be on the television show.” With their main star and Teller – who also wanted no part of the television series – gone, executives likely believed that it was worthless to continue on with the franchise. Allegiant bombed at the box office and with its main star not attached to the new series, wasting money on a dead franchise was pointless.