Home
Movies
Hilarious Video You May Have Missed: “Living with Jigsaw” 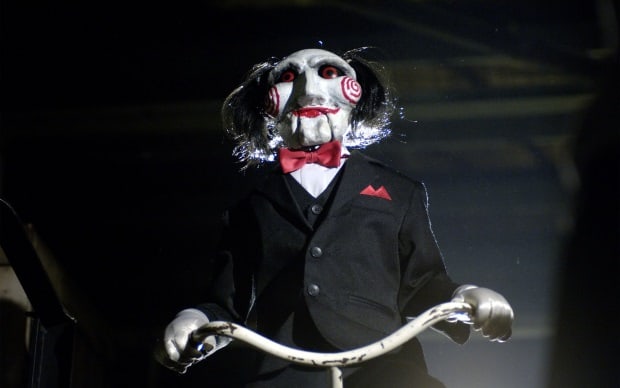 Many of us are quite familiar with the Saw franchise.   I must admit when the first one came out I was blown away at how there was finally this new type of horror movie that would grip the collective public.  And it truly did.   There was a staunch reality to the films and anyone who ever saw the first couple of films were drawn in.    Like many horror movie franchises, parodies began to spring up left and right.  In particular the freaky doll in the movie, Jigsaw, has its fair share of knock offs.

But there was one that came out in 2013 that I completely overlooked and for some reason didn’t see.  It’s called “Living with Jigsaw” and I think you’re going to like it. When you really think about it, Jigsaw really needs to get his own place.